32nd Sunday of the Year Reflection 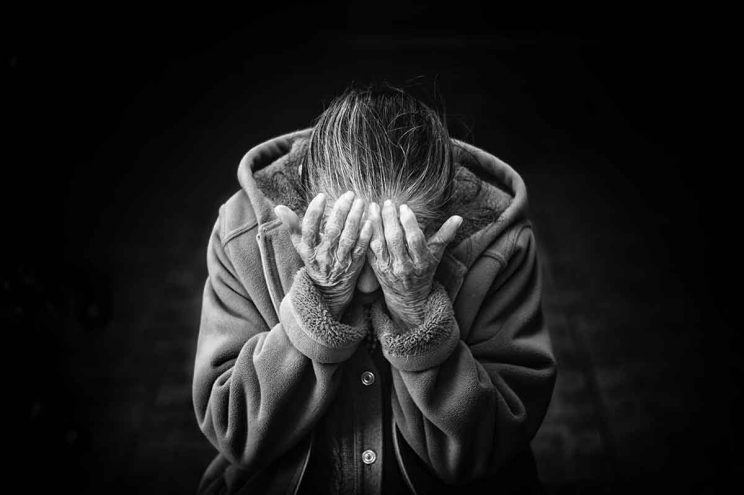 Cold and grey and miserable; the Gorbals is an area in the city of Glasgow, Scotland, on the south bank of the River Clyde. This high-density urban experiment which was once defined by hope, aspiration and community spirit, is now steeped in forlorn decay, labelled as “Towers of Terror”.

Our Franciscan house stands in the midst of this poverty. I was on a visit to say thank you to this poor community who for five years paid for my graduate studies in Canterbury. Outside the church an old woman approached me and stuffed 5 pounds into my hand “for your use” she muttered “and pray for me”. I have never forgotten power of this woman’s “mite”.

I have seen, experienced and give witness to the working of God’s grace and providence to those who open their hearts in generosity towards others. But there is something else going on here.

There is another narrative used for exploring this gospel passage. History has shown that whoever controls the “canon”, the narrative, controls the money on which power, prestige and position are based. It is here that we find the stench of greed that Jesus warns us so sternly against.

Giving All We Have to Jesus

Many churches, around this time of year, are eagerly busy with stewardship drives. And many a preacher out there, I’m sure, read the story of the Widow’s Mite with a certain glee this week. Fantastic, a story that’s clearly about sacrificial giving to the church. The widow only had two coins, and she gave them both. What a fantastic message for stewardship season! Just ask: “what would the widow do” and sign those pledge cards. Some sermons just preach themselves!

Using the Word of God in such a way is a distortion for the very act of extortion and corruption. The story of the widow’s mite calls all authority into question until the listener is left with nothing but God and God’s promises.

Jesus is talking about the very opposite of the generosity of the poor widow putting the last of her resources in the collection plate and trusting in the providence of God. That’s the type of hype you would get on the big TV evangelical performances.

Jesus is talking about the corruption of those running the Temple. Those who use religion for personal gain and for personal power. Those who hide behind a mask of piety and religiosity.

Jesus is warning us: Beware of those who like to walk around in long robes, and like to be greeted with respect in the marketplaces, and to have the best seats in the church and places of honour at the banquets! The devil also walks around in long robes and has a string of degrees to boast of.

So Jesus undercuts the Temple, the centre and core of the Jewish religion at the time. And Jesus says plainly that the scribes are ripping off the poor. It would indeed be nice to think Jesus was decrying the action of the scribes, insulted the Temple, and raised up the great example in the widow. But the text doesn’t actually say that. It’d be a great comfort if it did. It’d make a great stewardship sermon, but that’s not what Jesus is up to here.

The widow’s money, all her money, is given to corruption. She has nothing to live on and what she did have will only feed the fat cats in charge. The widow isn’t an example of “good giving”, she’s an age-old example of being duped. She’s the modern day equivalent of a senior who’s been tricked into giving out her bank account information to a scammer. She’s the widow who gave all she had to a charity that wasn’t a charity at all, just a front for some swindler with a Swiss bank account. Jesus is the Word that is spoken, the author who is the blueprint of my being

But Jesus noticed her. Jesus was hanging at the Temple and hundreds were bringing their money forward, the rich, the powerful, and the prestigious. The ones with the new cars, the nice shoes, and the fancy phones; they all came forward to place their offering in the plate but Jesus noticed her; the widow.

The woman without an income who, in that society, was worth absolutely nothing. Jesus noticed her. Jesus is always doing that: talking to the prostitute, being kind to the foreigner, welcoming the children. Jesus doesn’t give a jot about power and prestige, he’s about caring for the vulnerable and excluded. That’s what he ultimately gives his life for: the vulnerable, the corrupt and condemned, for us, for all of humanity.

This old passage on the widow’s mite doesn’t lend itself to a simple stewardship sermon. No, Jesus is up to much more. Jesus is the Word that is spoken, the author who is the blueprint of my being. Jesus sees straight through all the glitzy makeup and the clever cover-ups. When we become aware of Jesus’ gaze upon us, we know where authority really lies within the body of the church. Authority actually lies with us, with individuals and communities.

All the grand authority figures may have the power to mock and destroy us if we don’t articulate adherence to their teachings, but they simply do not have the authority to define canon for everyone unless everyone acknowledges, embraces, and submits to that authority. The authority thus lies with us, even when we give it away.

Where have we as church been gazing as our mites have been used for the accumulation of wealth and property that now makes our beloved Catholic Church the second biggest registered landowner in the world; owning 12% of all habitable land on earth.

Jesus gazes upon the widows, the orphans, the poor, the disenfranchised, the landless, the outsiders, the sinners; upon all those who have lost hope. As Jesus gazes upon these, Jesus also hears their voices. We may well have silenced these voices in our churches and in our communities as we have also disenfranchised them but in this new time of humility and penance, we are called once more hear their voices. To hear them gives them active voice beyond the tokens of empty platitudes and clever rhetoric. Then also will we once more hear the voice of Jesus.

Let us truly begin again, casting off any authority of Canon that is in conflict with the gospel.