A FUTURE OF FAITH: The Path of Change in Politics and Society, by Pope Francis with Dominique Wolton. Bluebird/Pan Macmillan. 2018. 324pp 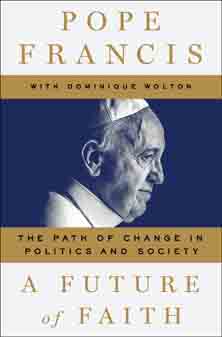 Imagine you are at a dinner party, and Pope Francis is among the guests. This book gives us a hint of what that would be like as the Holy Father converses about faith and life, cracking a few jokes in between.

Pope Francis: The Path to Change is a transcript of 12 conversations Pope Francis had at his residence in the Vatican with French sociologist and atheist Dominique Wolton.

These dialogues are interspersed with the text of relevant addresses which the Holy Father has delivered, such as to the United Nations and the European Union, or to World Youth Day in Krakow.

It is not an interview book — Wolton pontificates (as it were) far too much for it to be so. Rather, it is the result of a series of informal encounters between two intellectual men who riff off one another, and evidently have great fun in the process.

Wolton may be an atheist, but he is positive about the role the Catholic Church plays and could play in the world, and the agenda he seeks includes much of Pope Francis’ programme.

The two men clearly enjoy each other’s company; certainly Wolton, in his prefaces to each session, almost gushes in delight at his encounters with the pope.

And one can’t blame him. Pope Francis is accessible, warm, bright and witty. He is also prone to get off-point, sometimes in directions unknown. That is the mark of good free-flowing conversation, rather than the way of a cagey man who is editing his every word.

It is a good way of getting to know Pope Francis, even if he reveals not much here that is new. The Holy Father is always great at soundbites, but the book form gives him an opportunity to get stuck into issues.

Almost predictably, Pope Francis doesn’t always respond the way Wolton — or we — might expect. Occasionally he declines to talk too much about a subject because, he says, he has to think it through first. The implication is that he has expended a lot of time thinking about the subjects on which he does expand.

The discourse can get high-minded, with casual references to philosophers and theologians whom some readers may be unfamiliar with. But that is balanced by the good sense and outspoken critiques which most Catholics appreciate about this pope.

A recurring theme in the book is that of communication, of dialogue as a way of building bridges (Pope Francis notes that the papal title “Pontifex” literally means “builder of bridges”). It’s a hobby-horse of Wolton’s, who seems frustrated that his views on the subject have received little public traction. The pope shares in that urgency. 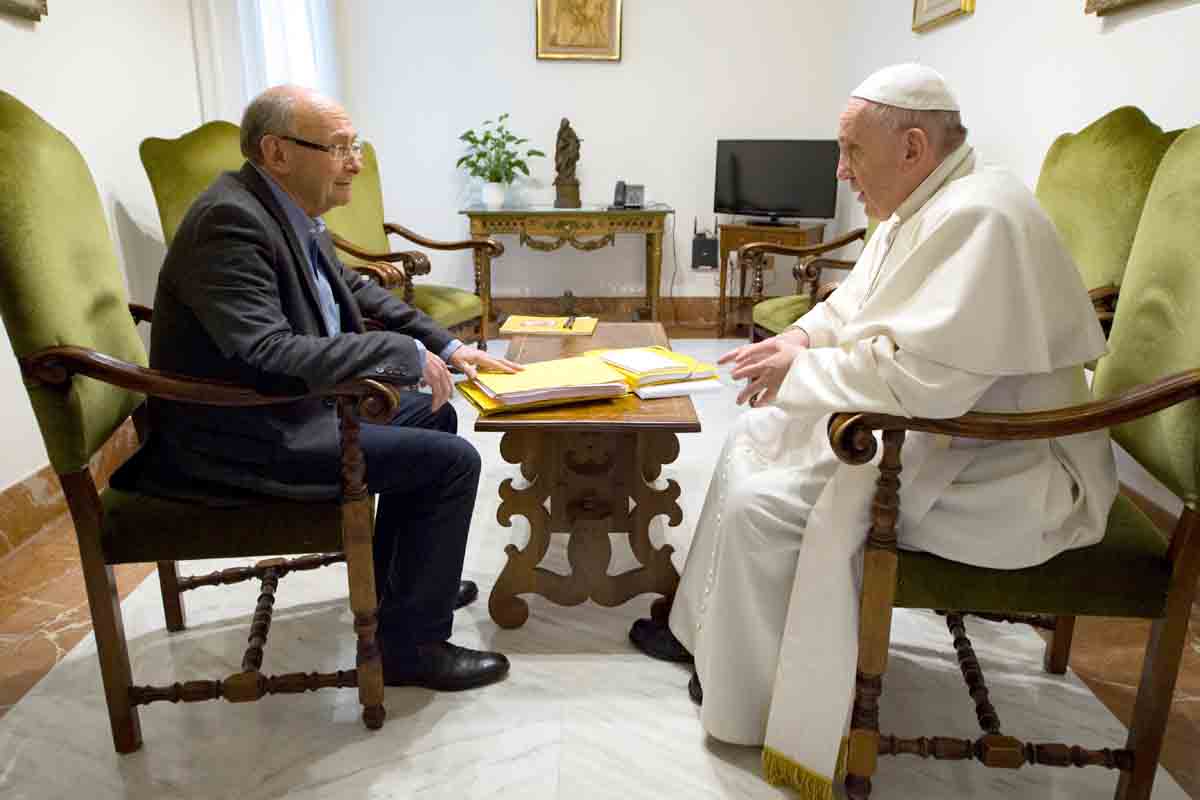 In his introduction Wolton writes that the book’s focus would be social, not theological or doctrinal. But there is a lot of talk about the Church, and subjects such as sin.

Sins Above The Waist

On that topic, Pope Francis decries preachers who too often condemn sins “below the waist” but say nothing about “the more serious sins such as hatred, envy, pride, killing and so on”.

We may be startled at statements like: “The least serious sins are the sins of the flesh…the more dangerous sins are those of the mind.”

The pope takes aim at those whom he calls rigorists — those Christians whose certainties are anchored in the law rather than the unpredictability of the Jesus of the Gospel. He warns about “ideological Christians” whom he calls “Christians without Jesus”.

The key to the faith is mercy, the pope emphasises. “If I, as an individual, do not accept that God is merciful, I am not a believer. I am making God in my image.”

The Church, he reminds Wolton, “is not bishops, popes and priests” but the People of God, especially on the peripheries. “If you want to know the Church, go…where the Church is lived — in villages, hospitals, missions,” he advises.

These are the words of a man who has complete trust in Christ. The pope tells Wolton that he is not afraid of anything and feels total freedom. Even with the restrictions on personal freedom which come with the job of pope, Francis says he feels like “a fish in water”, spiritually free and unafraid.

This relaxed outlook is evident throughout the book. Pope Francis is very much aware of the burdens of his office, but he is not weighed down by them.

And he has time to be funny. At one point Wolton says that “Latin is the womb” of a billion Romanesque language speakers. Pope Francis deadpans: “The womb? It’s the great-grandmother!”

Later he fires off a flurry of jokes at the expense of his fellow Argentinians, who, he explains, have a reputation in South America of being unduly arrogant.

The best joke is about himself: “But look how humble the pope is! Even though he’s Argentinian, he chose to call himself Francis — and not Jesus II.”

And that is the Pope Francis we meet at this sophisticated dinner-party of a book: the warm individual who cracks jokes, but also the passionate pastor, the inquiring intellectual, the outspoken leader — and always the disciple of Christ who shares this pilgrim journey with us

How a True Football Hero Emerged

A useful guide to the story of St Bernadette

Path to the Passion 1: The Raising of Lazarus
Share