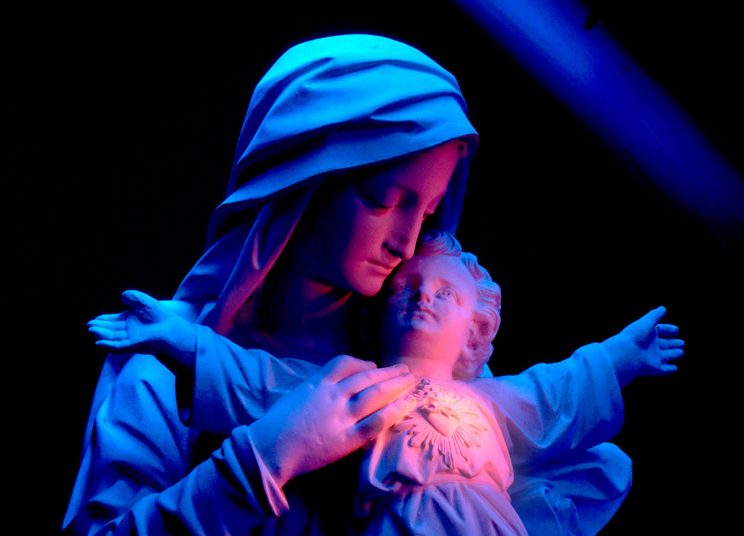 Guest Editorial by Fr Lawrence Ndlovu – Christmastide is often characterised by light and great festivity. It is a time of abundance, families and friends feasting, and the exchange of gifts. But this feast now seems further and further away from its humble foundations.

Yes, the Saviour of the world and King of Kings was born. Yes, this great incarnation must be celebrated. However, the entry of the Christ into the world was, to use the words of St Thérèse of Lisieux, done through “the little way”.

In his poem “Advent Calendar”, former Archbishop of Canterbury Rowan Williams speaks of the coming of Christ as “like crying in the night, like blood, like breaking, as the earth writhes to toss him free. He will come like child.”

This earthy image of the birth of Christ is a stark reminder that his coming was an intended activism of the Godhead. Christ’s coming from below was precisely that those made low be forcefully seen because the Christ is among them.

The Nativity story, with Christ born in a stable after Mary and Joseph going from inn to inn, draws us to the absence of safety and of home.

Today there are countless families who suffer, from no fault of their own, because they are homeless, due to war and terrorism. These same families live the pain of knocking on various countries’ doors, only to be met with hostility and the threat of borders closing.

Perhaps the most disheartening example is the ongoing tension between Israel and the Palestinians. There, where our Lord was born, some struggle to find a home, a place of peace.

For us in South Africa, the question of land and landlessness, and a home, is one of great importance. The calls for expropriation of land without compensation are irrational to some and urgent to others.
Tied to this issue is access to basic human rights, such as healthcare. The exclusion of the majority from accessing good healthcare and education and a home, is our real problem, more so than racism (though race, of course, usually determines who has access to housing, healthcare, and so on).

Christmas focuses us too on the growing sense Christians have of no “home” in Western society.

Irish poet William Butler Yeats, in “The Second Coming”, writes: “And what rough beast, its hour come round at last, slouches towards Bethlehem to be born?”

The beast of our time is the seemingly systematic eradication of the pillars of our world, such as family.

The Holy Family, besides having the saving divine plan of God, had the great fortune of each other. Mary could have been a single mother, a shamed young teenager pregnant out of wedlock.
Our family life has taken a turn that has become strange yet also ubiquitous. There are child-headed households, single-parent households, and many variations of families. The crisis of absent fathers is becoming a norm in society.

Today, that a child can even be born is not guaranteed. Young girls are taught that the best choice is to terminate a pregnancy!

The world is moving into a consequenceless reality where conception does not mean birth and where the making of children does not mean parenting them.

Yeats’ rough beast slouching towards Bethlehem could also be one that threatens the rocking cradle in Bethlehem. For today, this great season of the birth of Christ, is threatened by a world celebrating a festivity but hostile to Jesus Christ.

Granted, those who claim to be of Jesus Christ, the Church, have disappointed and hurt many. That reality should not be downplayed. However, there is great cause for concern about religious rights and freedom in society today.

The mention of Jesus in public, the sharing of one’s faith, is seen as improper. Although democracy safeguards religious rights, religion is seen as backward, unwelcoming, and for some, downright toxic.
The ease with which religion is publicly and passionately attacked in Western society indicates that religious rights are not universally understood to also be human rights.

Somehow there is reason to suspect that since there is no place for Christ in public life, the words of Yeats ring true:

Turning and turning in the widening gyre
The falcon cannot hear the falconer;
Things fall apart; the centre cannot hold;
Mere anarchy is loosed upon the world,
The blood-dimmed tide is loosed, and everywhere
The ceremony of innocence is drowned;
The best lack all conviction, while the worst
Are full of passionate intensity.
Saving us is the very reason Christ came, and why he is still most needed.