Hark! Harold and the Carols 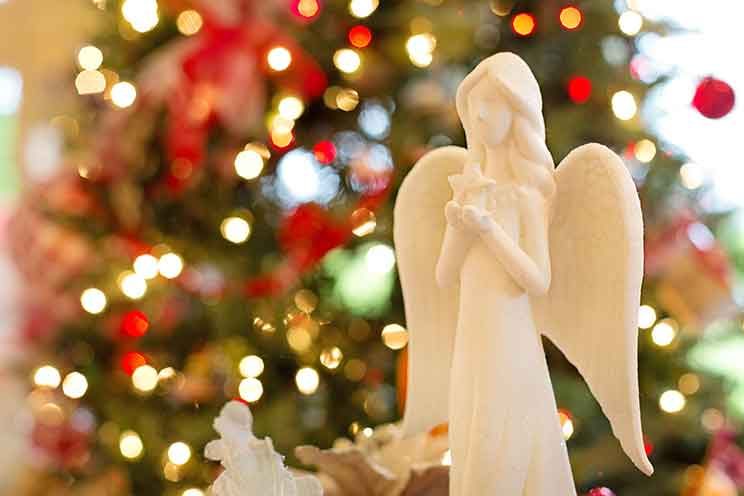 Does the Bible say the angels sang at Christ’s birth? HARRY DUDLEY suggests that whether or not they did, we should just enjoy singing for God’s glory.

Did you ever wonder where all this Christmas carolling came from?

The first question I think of is one I remember a dear friend shared with me one Christmas. As a child, she would ask: “Who on earth is ‘Harold Angel’? You know, the one we sing about in “Hark, the Harold Angel Sings”?

Yet, even knowing as an adult that the word is “herald”, the adult question might be: “Where did we ever get the idea that angels sing?”

Biblical scholars like to note that the usual passages quoted about the singing of angels in Scripture are not clear (see Job 38:7; Rev 5:9).

In Job, the Hebrew word translated as “sang” doesn’t always refer to music. It can also be translated as “joyfully shouted”, “resoundingly cried” or “rejoiced”.

Even the word “angels” itself, in the New International Translation, means “sons of God”.

There are similar concerns in the Book of Revelation.

Did Angels Sing at Christs Birth

But what about the Christmas story found in Luke 2:13-14?

Again, the words of the angels are “said”, not specifically “sung”. Since singing is a type of speaking, the passage does not eliminate the idea that the angels sang — but neither does the passage clearly help us. In short, the Bible alone can’t help us.

Another question can be raised. Why do we sing carols everywhere, at home, in bars, in malls, and so on? Well, we can look to England for a possible answer.

Confusion about the biblical language, along with some of the practices connected to singing Christmas carols, led Oliver Cromwell and the Puritan Parliament to stop the singing of carols in church or in public in 1647.

Rather than stop carolling, this led the practice to continue in homes right up to Victorian times when collections of carols were gathered and shared to be sung again in later years in public and church festivals.

However, can we look further back in history? The word “carol” perhaps comes from the Greek choros. Choros means a dance or a song of praise and joy. In pagan times, carols used to be written and sung during all four seasons, but only the tradition of singing them at Christmas has really survived.

A History of Carols

The first known carols were in Latin. However, God’s troubadour, St Francis of Assisi and his band of little brothers, changed that and developed carols in the language of the people for use in celebration of the Nativity.

There is a treasure trove of information on the internet about this history and how the custom spread.

We may ask, why is singing so important anyway? Well, perhaps we can thank King David and his singing of the psalms for that.

It is, however, St Paul who advised the Ephesians (5:18-20) to be “filled with the Spirit, addressing one another [in] psalms and hymns and spiritual songs, singing and playing to the Lord in your hearts, giving thanks always and for everything in the name of our Lord Jesus Christ to God the Father”.

Apparently, singing is a natural response to God’s presence. Since we celebrate God sending Emmanuel to set his tent among us, we have much to sing about. As the angels are always in God’s presence too and aware of it, it is no wonder that we believe they sing!

After all, singing has a tremendous power to unite us and lift up our hearts, minds and, yes, even our bodies to want to dance in God’s presence.

Singing reminds us that we are all connected to God and one another in our common humanity. God taking on that humanity is what we celebrate as the true “reason for the season”.

Perhaps we need to ask fewer questions for a moment and simply enjoy singing more during this glorious season.

So, let’s join in with Harold Angel, oops, I mean the “Herald Angels” and sing “Glory to our newborn king”!—CNS