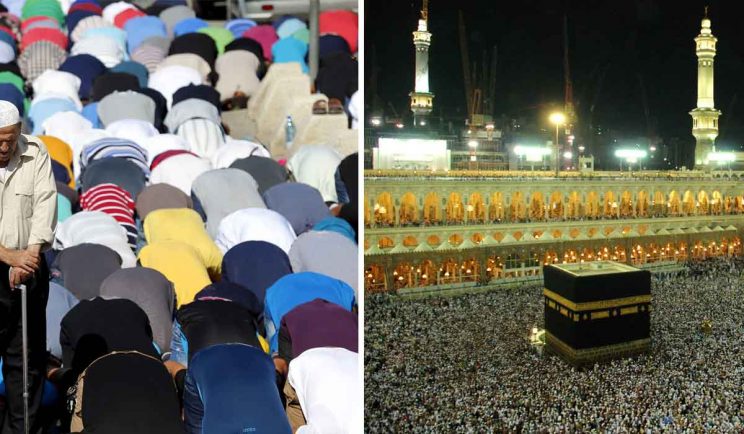 In South Africa, Muslims constitute about 2% of the total population. Because both Islam and Christianity are Abrahamic religions,  the two faiths echo in key beliefs and practices.

Considering the fundamental elements of the Islamic faith and practice, can we, as Catholics, learn something from Muslims? I suggest that we can.

Firstly, most Catholics are devoted to their faith and its obligations, but the absolute submission of the average Muslim to the supremacy of Allah (the name for God which is also used by Arabic-speaking Christians) and the dictates of their faith calls for our deep admiration.

The profound commitment of most Muslims is reflected in their devotion to the unicity of Allah and its integration with principal practices of observance and moral life.

Catholics can learn a lot from Muslims’ total submission to Allah and absolute devotion to their faith’s precepts.

That centrality of the Word of God in Islam and how it can be handled should inspire us. Not all Catholic families have a Bible in their homes, and of those who do, not all read it, individually or as a family.

By contrast, most Muslims learn to recite the complete Qu’ran and perform absolution for spiritual purity by washing their hands before handling the Qu’ran. Insults or other verbal utterances of disrespect regarding the Qu’ran are considered blasphemous (which, when applied as a political tool, can also create problems).

The total dedication to faith in Islam calls for submission and surrender, which is reflected in the swift integration of faith and action in their daily lives.

For example, practices of observance such as almsgiving are based on one’s dedication to God to an extent that it becomes an obligation and a social responsibility. This understanding can help us Catholics to perceive our practices of observance such as prayer and almsgiving differently. One does not have to wait until there is a problem to pray or fast.

To Muslims, even voluntary almsgiving to the poor is taken seriously to the extent that anyone with a certain level of wealth is obliged to give alms.

Islam’s understanding is that money is not properly used until it is “purified” through sharing with the community. Like Muslims, Catholics can dedicate themselves more to almsgiving so that there may be no “needy person among them” (Acts 4:34).

A Muslim is always ready to profess his or her faith: to pray five times a day, distribute alms, fast during the holy month of Ramadan, and—for those who are able to do so—go on pilgrimage to Mecca, Islam’s holiest site.

This readiness is motivated by the belief in the Oneness of Allah, the essence of being Muslim. The belief in one God is reflected in one’s actions of diligent submission and surrender, based on the conviction that whatever one does is a gift from the one God.

Catholics can take inspiration from Muslims’ absolute commitment to the main practices of observance, especially salat (ritual prayers) and zakat (almsgiving) since these practices are not foreign to the Catholic tradition.

Most Catholics are committed to prayer and giving charity to the poor, but not necessarily at the level of dedication and commitment most Muslims have.

To Muslims, regular prayer enables forgiveness in total submission and praise to Allah. Ritual prayers are an instruction and form of purification one is required to practise. This obligation to assiduous prayer is so central that sometimes business comes to a standstill when it is prayer time.

This profound respect and commitment Muslims have to prayer and other faith obligations ought to fill us Catholics with admiration.

Catholics who live with Muslims in their neighbourhoods are at an advantage. They can learn the centrality of constant submission and surrender to God in steadfast prayer by developing their consistency in prayer—which ought to foster a certain rhythm and communion with the entire Catholic community.

Muslims perform informal prayers (du’a) throughout the day, using various phrases of praise, thanksgiving and acknowledging Allah’s will, an aspect Catholics can admire, and in some ways also share.

Phrases such as “God is great” (Allâh hu Akbar), “May God bless you” (Bârakah Allâh), and “If God wills it” (inshâ’Allâh) are common in the everyday language of Muslims. Again, these phrases are also used by Arab-speaking Christians.

The Islamic commitment to prayer and other forms of exaltation shouldn’t be alien to us Catholics. St Paul challenged us to “pray without ceasing” and to “give thanks in all circumstances” (1 Thessalonians 5:17-18).

Some Catholic parents do not teach their children how to pray, apart from what is learnt at catechism. In Islam, teaching children to remember Allah through regular prayer and avoiding wicked actions is a religious duty for parents.

Muslims over the age of ten are expected to pray, and children are generally taught to pray from the age of six, a practice which is uncommon in most Catholic families.

Family is important in Islam, and includes the extended family nucleus as well as the community.

Some Catholics have been influenced by an individualism which fosters the nuclear family model—father, mother and children—while disregarding extended family members (aunts, uncles, cousins and so on). Some are even accustomed to a Western system in which individuals are regarded as the basic unit of society.

In Islam, the model of the nuclear family is largely unknown. In most Muslim communities in South Africa, the ideal is the extended family which brings all family members into a close filial and solid mutual relationship.

When a Muslim man or woman marries, it means that he or she also accepts taking responsibility for the partner’s extended family. For Muslims, the most essential and core natural unit of an ideal society is the family nucleus, which is central to building a stable faith community.

Family life in Islam requires a sense of responsibility towards the aged, those with disabilities, and those in destitute situations. Some Muslims even regard moving parents to old-age homes and children of a deceased relative to orphanages as a great evil.

The primacy of family in Islam makes it easier for the elderly and those with disabilities to be looked after. The centrality of the family nucleus enables members to provide financial assistance, recreation, entertainment and consultations among each other, which also happens at the level of the broader Muslim faith community.

Although mutual responsibility and sharing is not alien to most Catholic families, it is often applied primarily within the nuclear family. In most Catholic communities, family bonds are not strong, especially with regard to extended families. In Islam, the family is a significant pillar upon which stands the entire social structure, because good and healthy family values extend to the entire Muslim community.

The Muslim family structure, which fosters the most stable and honourable form for intimate social relations and preservation of ethical values and religious principles, is a challenge to family life in Catholicism.

Unlike Muslim families, some Catholics do not consider the family as a building block for the Church. Catholics should learn to perceive the family as a domestic Church, a basic unit of the Catholic faith community by virtue of baptism and marriage.

Catholics ought to emphasise the role of the family in sharing the Christian life, centred on hope and truth, by fostering Christian values and ethical principles within the extended family and community.

Catholics can learn from Muslims how to integrate worship, ethics and communal life to strengthen faith communities

In Muslim communities, sharing resources, promoting virtue, battling immorality, and forbidding iniquity are perceived to be collective responsibilities in which one participates voluntarily.

This should challenge  Catholics to take up a personal responsibility towards others and society, to strengthen family bonds and communal responsibility—because existence and all wealth belong to God.