Abortion Rates Point to a Crisis in Society 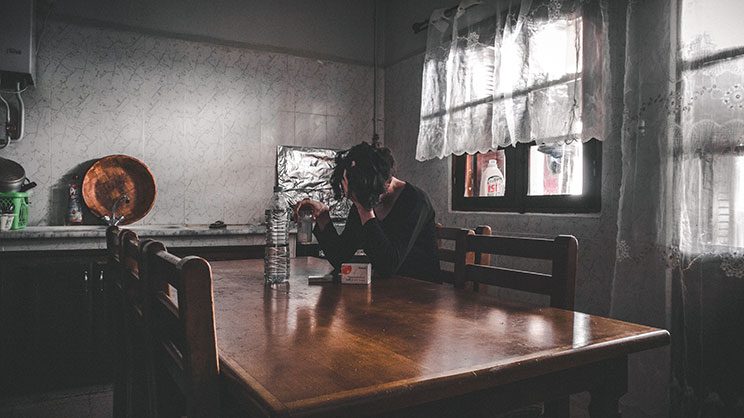 Earlier this month a young man who should never have been born died aged 21.

In July 1997, the young man, known only as Tim — or the “Oldenburg Baby”, after the city of his birth in Germany — survived a botched late-term abortion, in the 25th week of pregnancy.

Though he survived the abortion, doctors left the baby untreated for nine hours, expecting him to die.

The parents had decided to abort their son after tests revealed that he would be born with Down syndrome (they rejected him after he survived the abortion). Tim died on January 4 of a lung infection at the age of 21.

These tests, designed to give parents the option to kill a baby in the womb should it be diagnosed as having Down syndrome, are fundamentally immoral not only because of the choice they offer, but also because they designate people with disability as so worthless as to justify the prevention of their birth.

No rational parent caring for a child with Down syndrome would regard their child as “worthless”.

No rational parent caring for a child with Down syndrome would regard their child as “worthless”.

In Germany, public and political opinion converged on late-term abortion after the survival of the Oldenburg Baby. Aborting a baby with Down syndrome was criticised as discrimination of people with disability (though today activists would be less inclined to term Down syndrome a disability).

Notably, the main political parties on the right and left agreed to work together to decrease the demand for abortion, and to put limitations on late-term abortions.

How well these initiatives have worked is subject to due revision, but the lesson we can draw from this experience is that it is possible to find common ground between those who are pro-life and those who are pro-choice.

There is no benefit in an all-or-nothing strategy; one in which the victor wins the whole policy, as was the case in South Africa, which will mark the 22nd anniversary of the Termination of Pregnancy Act becoming law on February 1, and as seems to have become the case in Ireland, where last year a referendum voted for the legalisation of abortion.

We may pray that these laws will be overturned one day, but for now they are firmly entrenched.

It would be naive and indeed negligent not to engage with policymakers in order to identify and implement ways of reducing the need for abortion. But this requires finding common ground, even as we may hold irreconcilable basic positions on the moral admissibility of abortion. Higher abortion rates, it must be clear, do not constitute a victory in the empowerment of women.

One area of common ground towards which we must work is an acknowledgment that high abortion rates constitute a social failure which is fed by poverty, inequality, patriarchy, sexual violence, and an erosion of sexual morality.

Higher abortion rates, it must be clear, do not constitute a victory in the empowerment of women.

Rather than celebrating increased numbers of abortions as a success in the roll-out of clinics, government should see abortion statistics as a sign of crisis, and place a priority on addressing the sources of that crisis. The solutions must include the provision of alternatives to abortion.

In seeking and finding common ground, neither side needs to abandon its basic principles.

When there is no sign that an abortion law will be reversed, it is the lazy option to only protest against it, though protest — and prayer — obviously have a place as well in any strategy intended to protect unborn lives. Our pro-life activism must include concrete action to save unborn lives.

We can do so by supporting the various homes that offer pregnant women in difficult situations an alternative to abortion, such as the various Mater Homes and similar institutions.

And the Church can do so by seeking engagement with those who are in charge of abortion policy, with a view to persuading them to see abortion as a point of crisis in our society, and to act on that.

We owe that to the Oldenburg Baby and the memory of all those lives killed before they could be born.