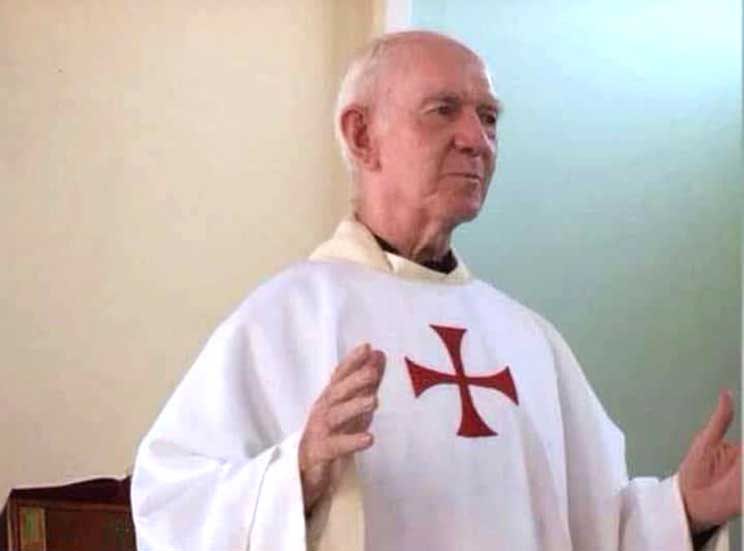 Salesian Father Larry McDonnell of Manzini, Eswatini (formerly Swaziland) died on December 25 at the age of 83.

Born in Ireland in 1935, Fr McDonnell was ordained in 1962. He spent 48 years of his long priesthood serving the poor in Eswatini.

Rarely do we hear about one of God’s faithful servants who (like the majority of priests) day in and day out fulfils his ministry in quiet fidelity and love.

Fr Larry — Inyoni, as he was fondly called by most of us who were his students—faithfully fulfilled his ministry up until the last few months of his life, when ill health finally overcame him.

He was well known and loved by us students and the entire Eswatini nation. Fr Larry was an extraordinary person, and his accomplishments and impact on the country will be felt by many generations to come.

He was not the sort of a priest who gave brilliant homilies from the pulpit. Nevertheless, he gave an inspiring witness of his love for God and self-sacrificing service in his priestly ministry.

It is the union with Christ that guided and shaped the life of Fr Larry. In his case this was so much so that it would be difficult to define his personality, even to conceive of his life, apart from the priesthood.

Always dignified, courteous, humble and kind, he seemed to inhabit a different world from ours—certainly different from the godless one that inspires ambition, greed, lust and all the capital vices to which so many, priests included, have succumbed in our day.

Fr Larry stood out from the corruption of the times and seems to have passed his days among us as a visitor of a bygone time when civility and holiness were more the rule than the exception.

Yet we know so well that virtues such as these are not native to any of our fallen race; they are rather the fruit of self-discipline and prayer, exercises Fr Larry was well-acquainted with.

I find it remarkable that this man — who did not call attention to himself or accomplish feats regarded as great by the world—was so deeply appreciated and loved by so many.

Fr Larry spoke to people through his priestly life. And here, I would say, is where the greatness of the man shone forth. I would like to mention some qualities, not to eulogise him — that’s for the Lord to do — but to spur us on to attain a higher degree of sanctity.

The thing that stands out in my own mind about Fr Larry was his commitment to social responsibility and charity.

Also, he was not attached to worldly possessions. He had little and seemed to need little. But he was generous.

We will all miss Fr Larry, but will rely on his continued help from the next life. We still have much to learn within our time of life as Christians-in-the-making.

In the meantime, we will remember Fr Larry in our prayers, never presuming upon his merits, imploring the good Lord soon to grant him fellowship with the saints, and unbounded happiness and everlasting union with Jesus and his beloved Blessed Mary Virgin.

Fr Larry was buried at St Joseph’s mission cemetery after a Requiem Mass at Our Lady of the Assumption cathedral in Manzini.