How a Parish Got its Men to Return to Mass 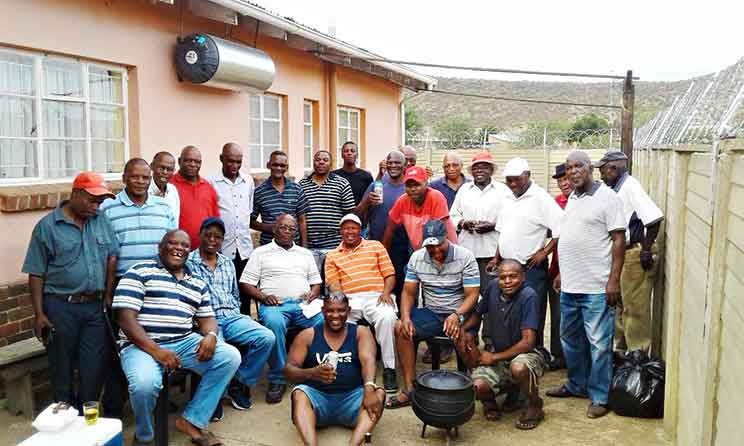 When Fr Michael Mapulanga arrived at St Charles Lwanga parish in Botshabelo, Bloemfontein archdiocese, in April 2016, he found that few men could be found in church.

This kickstarted his efforts to increase their numbers, and the results were celebrated at a braai for the men of the parish.

“I could not understand why men were not attending church, and so I started visiting the homes of our faithful,” Fr Mapulanga told The Southern Cross.

“I discovered that men would send children and wives to church and deliberately stay at home.”

Following discussions with men at their homes, and inviting them to the Sunday Eucharist, “the number of men coming to Mass on Sunday has improved”, Fr Mapulanga  said.

Braai for the Church’s Men

As a way of showing appreciation for their presence, the parish hosted a braai for the church’s men. “I wanted to invite a few women to come and cook pap and make salads, but the men refused, saying they just wanted to be by themselves. So they made a delicious meal which we all enjoyed,” Fr Mapulanga said.

“We also had a good chat, and came up with some New Year’s resolutions to raise the numbers of active men in our parish,” he said.

“I had been praying for two good years for men to join our parish, as a return of Adam and Joseph,” Fr Mapulanga said. “Finally, God answered us. Indeed, God’s time is the best.”

The priest said the experience has taught him “that when things are not going according to our plan, we must pray, surrendering everything into the hands of God. With God, nothing is impossible.”

Fr Mapulanga gives the credit for the fruits of his initiative to God. He added: “What return can I give to Yahweh? I will raise the cup of Salvation.”