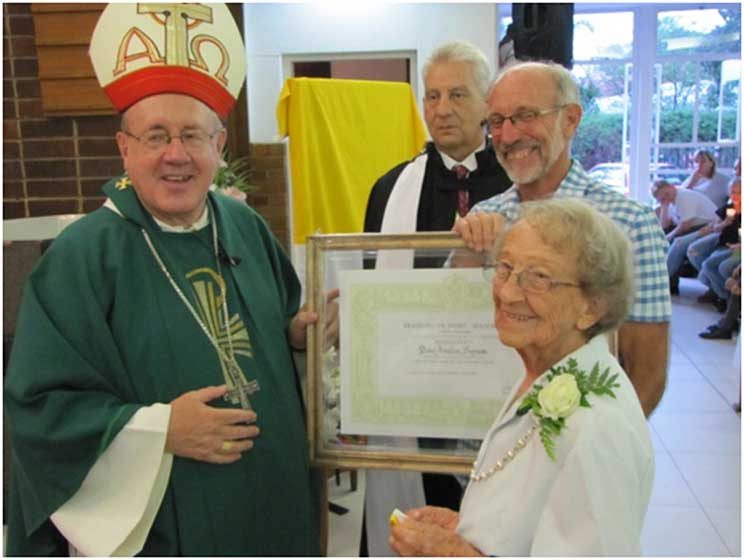 Amalia Snyman, 97, of Maria Regina parish in Pretoria, was awarded the papal Bene Merenti medal for her many years of service to the Church. Archbishop William Slattery presented her with the medal and certificate at a Mass and ceremony attended by her three children and many grandchildren and great-grandchildren. (Photo: Luis DeNobrega)

In recognition of her lifetime of service to the Church, 97-year-old Amalia Snyman received from Archbishop William Slattery the Bene Merenti papal medal and certificate in her home parish of Maria Regina in Pretoria.

In 1947 she married Ockert Snyman, who brought her to South Africa where she immediately immersed herself in working in military Catholic communities, including Saldanha Bay and Voortrekkerhoogte.

In 1992, after her husband’s death, she joined the parish of Maria Regina where she was instrumental in raising funds for the Holy Cross Home in Lady Selborne.