Why We Need to Revisit the Past 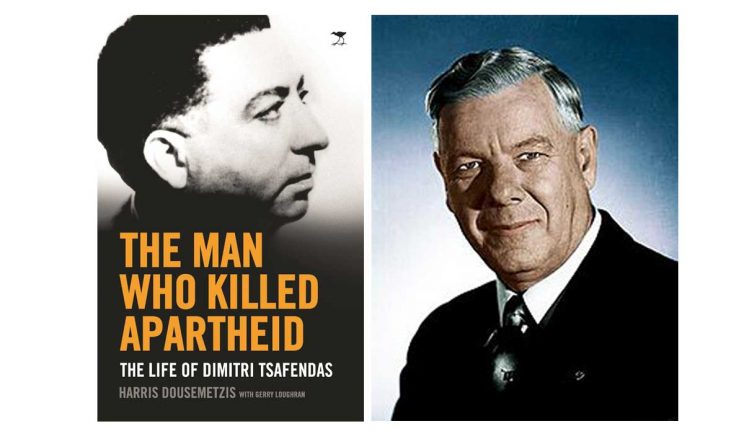 Holidays are a great time to chill, relax and have a chance to allow your mind to wonder. I am not a New Year’s resolution type of guy, for consistency is everything and minor adjustments all the time turn Titanics. I don’t think lists do that.

In the spirit of consistency, every holiday I choose one book that comes out of the blue to surprise me. This year I was confronted with the magnificent The Man Who Killed Apartheid: The life of Dimitri Tsafendas, by Harris Dousementsis with Gerry Loughran (Jacana, 2018).

“Confront” truly is the right word for this very important work that presents its readers with a different view of an often glossed-over event in South African history: the assassination (Tsafendas called it the “execution” or “tyrannicide”) of Prime Minister Hendrik F Verwoerd in the House of Assembly on September 6, 1966.

While I leave to you to buy the book and read the impressive research and presentation, I will say that it is, simply put, a book that asks all South Africans to continue, or begin, a process of re-looking at our history.

Tsafendas is often reduced to the “tapeworm-led” parliamentary messenger who stabbed Verwoerd. Dousementsis makes a very compelling case for this to be re-examined.

What stood out for me in the book, however, was the presentation of Hendrik Verwoerd, the immigrant whom Tsafendas called “Hitler’s best student”.

Coming from immigrant stock myself and having heard my family’s stories of the horrors of Nazism, it amazes me that it has taken us so long to recognise that South Africa under Verwoerd and cohorts was being fashioned into a new Nazism.

We still have not recovered. The privilege and the hurt still confound and dictate so much of our lives as South Africans today.

I was struck by how easily a few more years of the malevolent genius of Verwoerd could have led South Africa along the paths of a Nazi-style system that could have become Africa’s first post-colonial genocide, long before Rwanda. So there is, in a sense which nonetheless does not condone murder, some historical fortune in the “tyrannicide” of Verwoerd.

Many questions remain—the what ifs, imaginations, counterfactual history and so on. But where does this leave us as Catholics?

In looking at this book and the alternative reading of history—factual and well-documented—that it presents, there are a number of things which we as Catholics must face.

First, we need to realise that in South Africa’s transition, the Truth and Reconciliation process was never entirely truthful nor was the reconciliation it sought ever realised in local community living.

Perhaps it’s up to us in parish communities and dioceses to take the brave steps of creating spaces for stories and healing.

I’m not one for the “Healing of the Family Tree” and other such nonsense that so many get caught up in. But in terms of our South African Family Tree, the first step to healing is a recognition that we’ll remain light years away from achieving the possibility of unity, a common purpose, and a “welcome home” unless we actively strive for the telling and hearing of our stories.

These are not the stories told in textbooks but in our neighbourhood groups and parishes. Maybe it’s a time for a revitalised Justice & Peace ministry?

The second great project we need to embark on is a telling of our Catholic story. Not the story of an exhausted, irrelevant, ageing Church which so many see today, but of the personal choices and religiously motivated convictions of so many Catholics (and many others, of course) who stood up to the apartheid Nazi and suffered under his jackboot.

There are so many untold, unheard and unremembered stories that need to be hauled out of that courageous era and rewritten into a common, democratic and human history of South Africa.

And then, of course, there is the issue of the now: the election year, the stories, the Nazi-like actions of some political hotshots today and the very loose relationship that political parties have with truth (sign the Disclosure of Political Parties Funding Bill, Mr Ramaphosa!).

But let’s remember that this is not a new invention. The National Party and others played enormous truth-and-propaganda games. The Verwoerds benefited from state tenders, as is contended in The Man Who Killed Apartheid.

Then, when we recognise that South Africa is very good at replacing elites (or window dressing their replacement, as seen recently in the horrific Johann Rupert interview), we will realise that true power doesn’t lie in money or politics but in a common and purposeful humanity—one that tells an honest, local story.