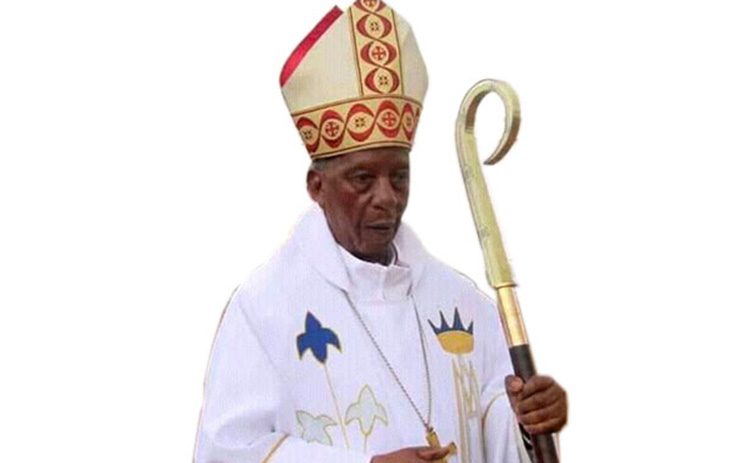 Bishop Boniface Tshosa Setlalekgosi of Gaborone diocese in Botswana died on Friday, January 25, at Gaborone Private Hospital at the age of 91.

Bishop Setlalekgosi was born in Serowe in 1927 and grew up in the small village of Mmaphashala in the Central District of Botswana. He completed his primary and secondary schooling at St Joseph’s College Kgale and in 1957 he joined the seminary at the then-Southern Rhodesia in Zimbabwe.

He was ordained a priest in 1963 and appointed assistant priest in Francistown in 1964. In 1972 Fr Setlalekgosi went to Gaborone, where he was appointed administrator for the cathedral parish.

Pope St Paul VI appointed him a monsignor in 1974, and he was also honoured by late Botswana President Sir Seretse Khama with the presidential honour of meritorious service.

After the passing of Bishop Urban Murphy CP, Fr Setlalekgosi was appointed administrator of Gaborone diocese. In 1981, he was appointed bishop of Gaborone and ordained in 1982. He received an honour from President Ian Khama in 2009, which was also the year he retired.

As a priest and bishop, he was a dynamic preacher and orator who worked tirelessly to teach and strengthen the Catholic faith in Botswana. He hosted the late Pope St John Paul II on his papal visit to Botswana in 1988 and oversaw the consecration of many churches and chapels all over the country.

Bishop Setlalekgosi played a pivotal role in the development of Botswana, focusing on key issues including human development, education, health, and land development.

He started a study group which later transformed into a school, Setlalekgosi Community Junior Secondary School, named after him in recognition of his contribution to the education sector.

Bishop Setlalekgosi, a key figure in Botswana, served as an advisor to sitting presidents and occasionally spoke on issues of politics and morality to influence legislation, having spoken strongly against the government’s intentions to enact a law supporting abortion in the 1990s.

Spiritual director Fr Stephen Tshiamo Takongwa said that Bishop Setlalekgosi taught what he believed and lived what he taught, and that his life exemplified God’s visit to his own people.

“He was a bishop who got congregations involved in the life of the diocese and was there for his parishioners when they needed him. No matter which parish he would visit, people always felt he was open and available to them,” said Fr Takongwa.

“Pope Francis once said about priests and bishops, that they should be shepherds with the ‘smell of sheep’. In simple terms, he wants them to be out among their people and not remote, removed and seemingly superior. Bishop Setlalekgosi was always available to visit Christian communities in every corner of this country as a witness to the Gospel. He gave his life to the Church wholeheartedly,” Fr Takongwa said.

The body of Bishop Setlalekgosi lay in state in the cathedral on January 31, and a Vigil Mass on the same evening was followed by prayers.

Bishop Setlalekgosi’s burial Mass was held at the National Stadium, and a private burial followed at the cathedral grounds.