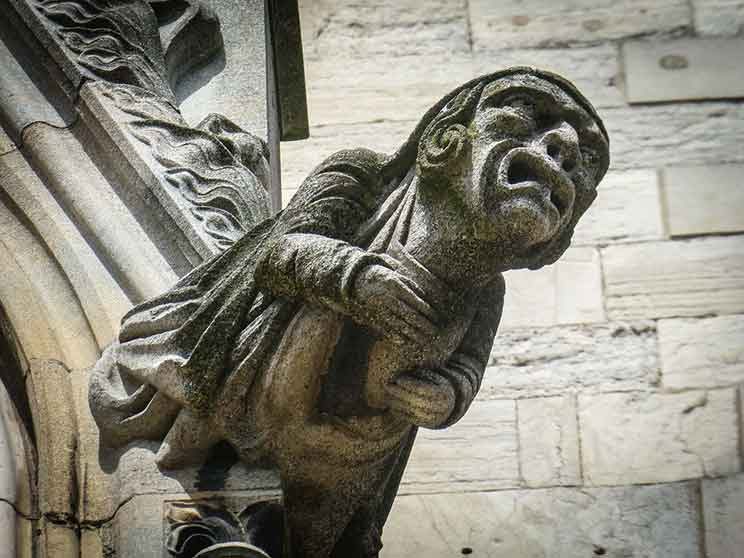 By Carol Glatz  – The Catholic Church, through its priests, deacons and lay experts, must do more to listen to, comfort and assist those who feel troubled, tempted, cursed or possessed, said an Italian exorcist.

Even if those seeking help do not show signs of demonic influence or possession, “do not deny them spiritual assistance,” said Father Benigno Palilla, a member of the Franciscan Friars of the Renewal and an exorcist for the Archdiocese of Palermo.

There are many ways to assist those seeking help, offering them “peace and comfort and preventing them from going to witch doctors” and other practitioners of the occult, he said in an interview with the Vatican newspaper, L’Osservatore Romano.

The 78-year-old friar is the director of the John Paul II Center in Palermo, a centre dedicated to providing ongoing formation for exorcists throughout the region of Sicily as well as offering help to exorcists in Italy and abroad.

He told the Vatican newspaper that the number of people turning to the occult for help is constantly increasing “because they believe they are possessed by the devil or to solve problems related to the family, work or love.”

Around 13 million people said they had turned to sorcerers, mediums, tarot card readers and other forms of the occult just last year – a number that was extremely high, he said; Italy’s total adult population is about 54 million.

The number of people turning to magic and the occult will keep rising, he added, “if we pastors do not do something concrete to stop it,” especially through evangelisation and warning the faithful of the dangers associated with “incorrectly understanding Christianity.”

People who think they are a victim of demonic activity or are experiencing mental distress or illness “must be certain they have before them a priest who is prepared” and knows what to do to help them, he said.

“Instead, all too often, these people end up not finding that comfort and support that they need in the church,” he said, which is why they then turn to the occult, religious charlatans or bogus faith healers.

“Our task as exorcists is not just to perform exorcisms on those who are possessed but also to embrace those people who think they are victims of demonic activity, but in reality, they are not,” he said.

The church has very strict rules governing exorcisms, which are never performed without first ascertaining the person is not suffering from a physical, emotional or psychological problem.

Even when it looks like a person is not possessed, he said the person must not be denied other forms of spiritual help, including prayer, reciting the rosary, attending Mass or attending a retreat. Deacons, lay experts and prayer groups play a critical role in offering help, he added.