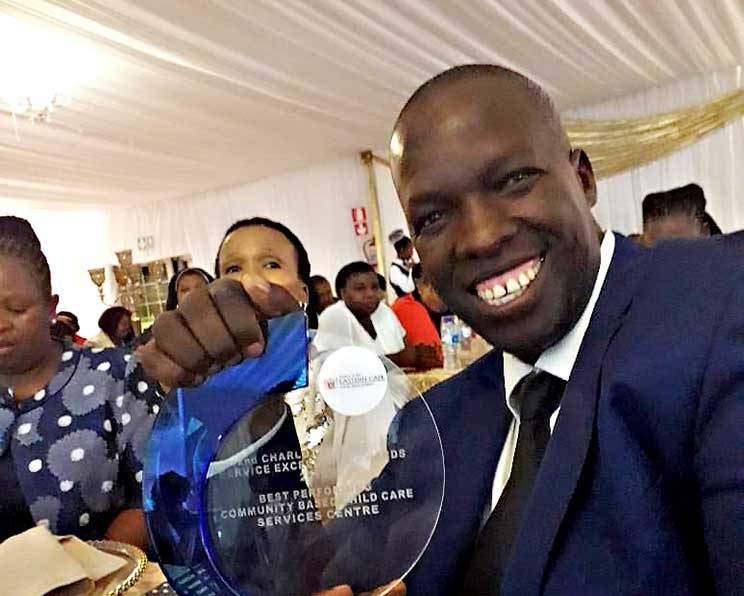 A Catholic childcare centre in Mthatha has won a prestigious service excellence award.

They are named after Charlotte Maxeke (1874-1939), the first black African woman to graduate in South Africa, and one of the first to fight against the exploitative social conditions of African women.

An independent panel of eight judges selects winning organisations. They look at the nominees’ strategies to respond to social ills, governance and management systems, human resources, financial and administrative systems, monitoring and evaluation practices, and the ability to build relations.

CDC implements numerous community development programmes, and its Isibindi Programme won the award. This provides prevention and early-intervention services to children, and CDC has helped more than 2000 children.

The work is done by volunteers trained as childcare and youth-care workers. Each of the villages in which CDC works has a minimum of 25 such careworkers.

CDC director Thembekile Kanise praised the 130 childcare and youth-care workers, in particular those of Isibindi. He also expressed his gratitude to the administrative staff.

Mr Kanise noted the support of Mthatha’s Bishop Sithembele Sipuka, CDC chair Martin Molefi, and the CDC board of management, and expressed gratitude for the relationships with funders and the social development department.