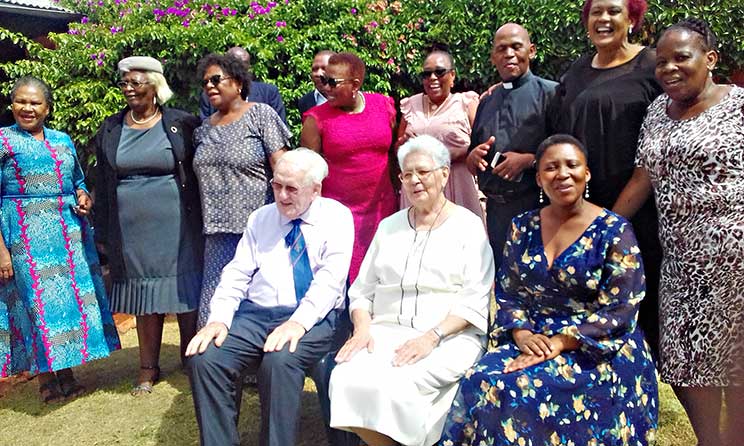 By Georgia Links – Past pupils of CBC St Boniface High School in Galeshewe, Kimberley, celebrated a Thanksgiving Mass with Sr Marie Bernarde OP and Brs DD Madden CB and Liam Mullally CB, honouring them for their commitment and contribution over 50 years to the education and upliftment of the Galeshewe community.

St Boniface, established in 1951, has produced pupils who are in positions in education, sports, business and religion. The first premier of Northern Cape, Manne Dipico, and Judge Yvonne Mokgoro are among those who attended St Boniface.

For past pupils, the Thanksgiving Mass, celebrated by Fr Modisa Sekao and Frs Thabang Molefi and Jean-Marcel Gatshuya, brought memories of their schooldays, with song and prayers.

The reflection of the day involved sharing on what it means to be a religious, and on being part of a community supporting religious through voluntary involvement in their development and education programmes.

Tokens of appreciation and certificates were awarded to the celebrants.