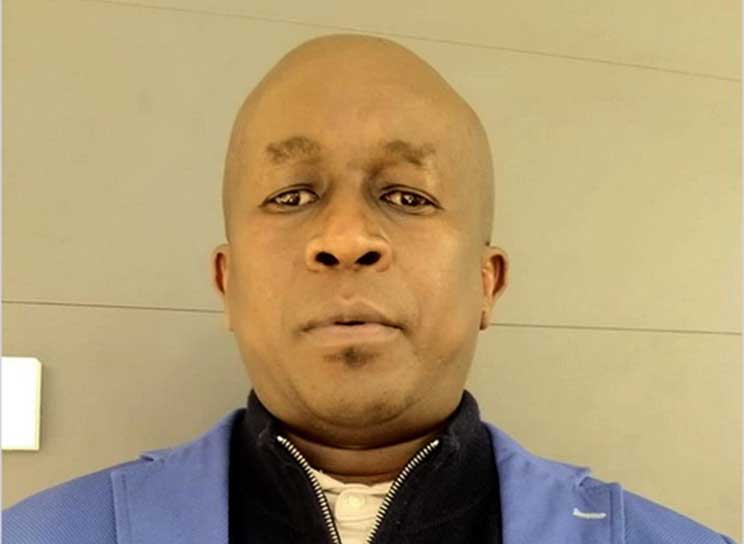 Friends have remembered the Kenyan priest with South African connections who died in this month’s Ethiopian Airlines crash in Addis Ababa as a jovial man with a sense of humour who had an outstanding character, and did what others feared to do.

Mariannhill Missionaries Father George Kageche Mukua, 40, was among the 149 passengers and eight crew members who died in the crash.

Among the other victims was Sr Florence Wangari Yongi, a Kenyan Notre Dame de Angers Sister, who served as a missionary nurse in Goma, Democratic Republic of Congo. She had been on her way to Nairobi to renew her passport.

Four Catholic Relief Service staff members, all Ethiopians on their way to a training session in Nairobi, were also among the victims.

Fr Francis Ngadi, like Fr Mukua a Mariannhill Missionary, recalled the moment he learnt that his friend had been on the ill-fated flight to Nairobi.

“This was spine-chilling news to all of us,” he told The Southern Cross, adding: “A painful grimace engulfed us all.”

Fr Ngadi, chaplain at Groote Schuur Hospital in Cape Town, and Fr Mukua travelled the road to the priesthood together, beginning with the postulancy programme in Kenya back in 2000. They then proceeded to the novitiate in Mariannhill Monastery and later to St Joseph’s Theological Institute (SJTI) in Cedara, KwaZulu-Natal.

Fr Mukua made his first profession in the congregation on February 2, 2004.

“He was a great handyman and could fix anything,” Fr Ngadi recalled.

“At one point he and the late Fr Vitus Mjengu sacrificed their holidays in order to volunteer and do general renovations. They painted the entire scholasticate building in Cedara; something that powerfully resonates with the selfless character of Abbot Francis Pfanner, our founder.”

Fr Mjengu died on November 6, 2018, from injuries sustained in a car accident.

Fr Mukua studied theology at SJTI from 2007-10 and is remembered by the scholasticate’s president, Fr Ewen Swartz OMI, as a hard-working student.

“He was dedicated to his studies and an active member of the institute community. We were both shocked and saddened to hear of his untimely passing as well as those of his fellow passengers,” Fr Swartz said. 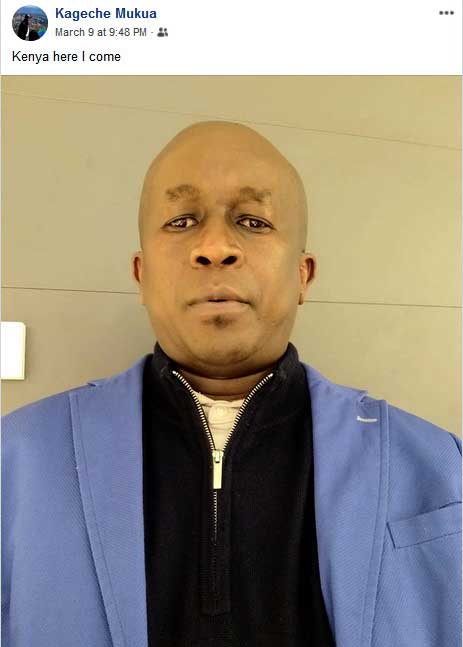 Fr George Kageche Mukua’s final Facebook post with the caption: “Kenya here I come”, shared the night before he died in the Ethiopian Airlines crash.

The Institute celebrated a Mass for the repose of Fr Mukua’s soul and all others who died in the crash.

After Fr Mukua’s ordination to the diaconate, he continued with socio-pastoral ministry with the Catholic Development Centre (CDC) in Mthatha where he performed office work  and distributed foods to the poor. He conducted outreach programmes for subsistent farmers in the deepest and rural corners of the Eastern Cape under the guidance of the CDC director Thembekile Kanise.

Fr Mukua was ordained to the priesthood on November 30, 2017, in Kenya. Soon after, the generalate of the Mariannhill congregation put him charge of coordinating projects and resources in its Roman curia.

Fr Bheki Shabalala, provincial of the Mariannhill Missionaries, said Fr Mukua’s death was a huge loss for the order.

“There are not many words one can say. We are all still shocked and devastated, especially considering he has only ordained a priest only two years ago,” Fr Shabalala said.

“Fr Mukua contributed a lot in terms of funding for the Mariannhill Missionaries so that we can do our ministry,” he said, adding: “We will miss his spirit.”

Anthony Gathambiri, who studied for a while with the Consolata Missionaries, met Fr Mukua at SJTI in 2009. He recalled his friend as a man of humour who would start laughing before he even finished his joke.

“Fr Mukua was a perfect model of not worrying about tomorrow. His sense of humour, and the tone of his light talks, would calm you,” Mr Gathambiri said.

“I knew Fr George as a man who mingled easily with other nationalities. He wasn’t lost in the small tribal, ethnic and national cocoons, but interacted with everyone freely.”

Fr Thulani Gubula, a priest of Queenstown diocese who is studying in Rome, also met Fr Mukua at SJTI. Fr Mukua was a year ahead of him in theological studies.

“At Cedara, we the students for the diocesan priesthood were in the minority. Making friends was not always easy. Fortunately, some of us found ourselves in very enriching friendships,’ he said from Rome.

“Fr Mukua was one of those who could endear themselves to many with ease. We got to exchange quite a bit of our experiences, on many levels, and its probably our faith in Jesus Christ that could get a fellow from Kiambu outside Nairobi in Kenya and one from Ezibeleni outside Komani {Queenstown] in South Africa to relate in such a profound way as George and I did.”

Fr Gubula and Fr Mukua frequently saw each other in Rome. Their most recent encounter was a week before the crash, when the Southern Africans in Rome had a gathering.

“That was the last time I saw him,” Fr Gubula added.

“I could feel that although he was Kenyan, he felt like he was part of the Church in South Africa,” said Fr Ncamiso Vilakati of Manzini, Swaziland, who had also seen Fr Mukua just days earlier in Rome.