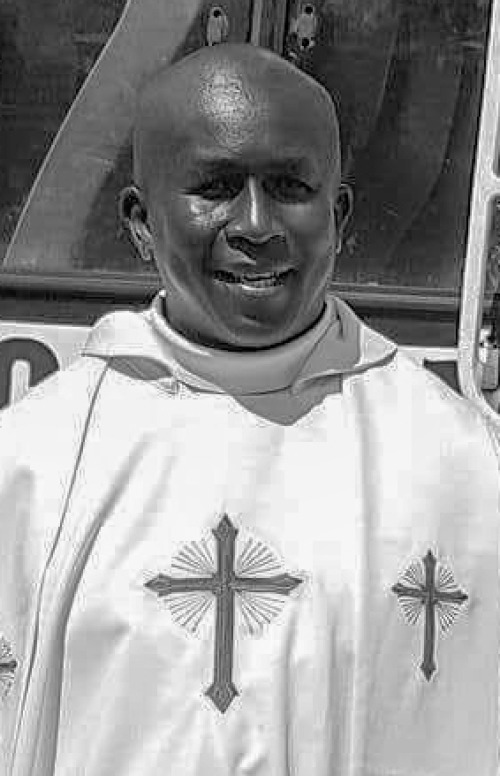 According to the Congregation of Mariannhill Missionaries, a priest of the order, Kenyan Father George Kageche Mukua CMM, who once studied in South Africa, and a Kenyan nun were among the victims of the Ethiopian Airline crash on Sunday.

The Boeing 737 Max 8, operated by Ethiopian Airline and en route to Nairobi, Kenya, crashed six minutes after take-off in Addis Ababa. Reportedly all 149 passengers and eight crew members died in the crash.

It was the same Boeing model that crashed in Indonesia in October last year, killing all 189 people on board.

Also among the victims was a Kenyan Catholic nun in her early 30s.  Sr Florence Wangari, a Notre Dame de Angers Sister, was a missionary nurse in Goma, Democratic Republic of Congo. She had been on her way to Nairobi to renew her passport.

According to Catholic News Service, four Catholic Relief Service staff members, all Ethiopians on their way to a training session in Nairobi, were also among the victims.

According to the German province of the Mariannhill Missionaries, Fr Mukua was born on January 1, 1979. He made his first profession in the congregation on February 2, 2004 and was ordained to the priesthood on November 30, 2017. He studied at St Joseph’s Theological Institute in Cedara, KwaZulu-Natal, from 2007-10 as well at the University of South Africa. He then worked for the Catholic Development Centre (CDC) in Mthatha where he performed office work and distributed foods to the poor. He conducted outreach programmes for subsistent farmers in the deepest and rural corners of the Eastern Cape.

Adfter his ordination he moved to Rome to work at the generalate of his congregation.

Well-known to many in the South African Church, Fr Mukua was popular and well-known for his calmness and sense of humour.

“ I could feel that although he was Kenyan, he felt like he was part of the Church in South Africa,” said Fr Ncamiso Vilakati of Manzini, Swaziland, who had seen Fr Mukua just days earlier in Rome.

On Facebook, Debrah Mothopeng of Rustenburg recalled Fr Mukua’s ordination in Kenya on 2017, referring to the “happiness I witnessed on your ordination”. She added: “The rooftop blown away with singing and hovering you around the church by parishioners is nothing compared to the reception you have received in heaven, welcomed by the angels, saints and all your brother priests who passed on. May the light shine upon you.

In his final Facebook post, the night before his death, Fr Mukua shared a photo of himself with the caption: “Kenya here I come”.

Pope Francis offered prayers for the passengers from 35 countries. “Having learned with sadness of the Ethiopian Airlines plane crash, His Holiness Pope Francis offers prayers for the deceased from various countries and commends their souls to the mercy of almighty God. Pope Francis sends heartfelt condolences to their families, and upon all who mourn this tragic loss he invokes the divine blessings of consolation and strength,” said a telegram from Cardinal Pietro Parolin, Vatican secretary of state.

May the soul of Fr Mukua, Sr Wangari and those of all who perished in the crash rest in peace.

• This article has been updated continuously.

Free University! But How?