Suicide: Time to Debunk the Myths 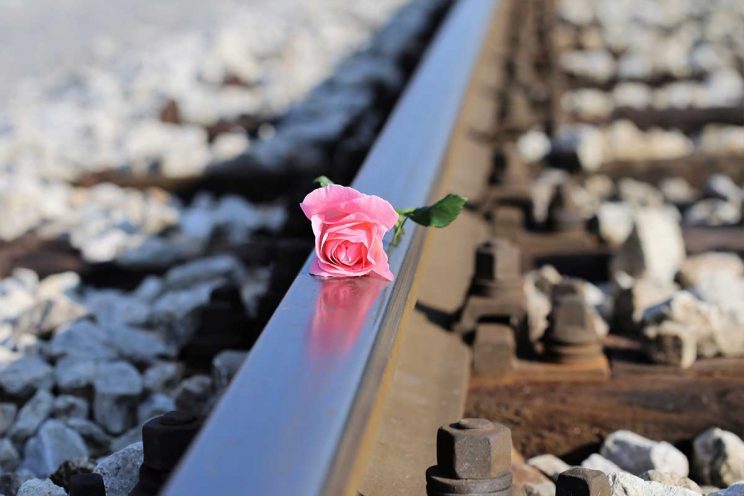 Suicide is still shrouded in myths, fallacies, misconceptions and misunderstandings — and they need to be debunked, writes DAVID CAPEL from personal experience in this tragic form of death.

Eight years ago my girlfriend Liana left home without a word, never to be heard from again.

Three agonising days later, I received a call from the police in Fish Hoek, Cape Town, to say that her cellphone had been found about 50m from Sunny Cove station.

When I arrived at the police station, about 20 minutes later on that dreadful Sunday afternoon, I was taken into an office and told the awful truth: they hadn’t found a cellphone but a body: Liana’s.

She had ended her own life, alone in the dead of night, on the rocks, with the tide coming in, surrounded by the ocean she loved so dearly. She was 26.

This brave young woman wrote a harrowing, yet beautiful suicide letter right up to the minute she took her last breath. (I know this, because she said so in her poignant, deeply moving final communication with me). Her words echo in my mind to this day: “I know where I am going,” she wrote. “I am a beloved daughter of God, and he will never turn his back on me.”

Liana had bulimia, a disease she referred to as “the monster that lives within me”. But she also had another, far more terminal disease — suicide.

Suicide is indeed a terminal disease, just like cancer. Put differently, suicide will, in all likelihood, kill you in the end.

In the eight years since Liana’s death I have never experienced a moment’s anger towards her. Why should I? She died from a terminal disease… What I have experienced is an overflowing of compassion, love, understanding — and a sadness and despair that know no bounds.

There have, of course, been a few inevitable “What ifs?”, but I know that there was nothing in this world that I could have done to save her. I know this partly because she told me so in her final letter and partly because I know, in a place deep inside me, that, had I known what she was going to do, I would have done literally anything to try to prevent it. She died from a terminal disease…

Two years ago, my best friend hanged himself from a tree right outside his front door, to be found by his wife and young daughter. I was one of the last people to see him alive.

I can therefore say from personal experience that, more so than any other death, the pain of suicide leaves its own indelible mark on the souls of those left behind.

You don’t ‘commit’ suicide and other misconceptions

South Africa has the eighth-highest suicide rate in the world. The Medical Research Council placed the number of suicide deaths in 2012 (the most recent statistics available) at 6133. Four out of five victims of suicide are men.

Yet mental health is still a taboo subject among South African men, which has caused many to feel that the only way out is to end their own lives.

Tawanda Makombe, research analyst at the South African Institute of Race Relations, noted that South Africa has a suicide mortality rate of 10,7 per 100000 people.

Economic hardships, a lack of solutions to life problems in South Africa, and a lack of suicide prevention programmes in schools and communities contribute to the rate being high.

In a country almost ravaged by this most silent of all killers, it is crucial that attitudes towards and perceptions of suicide undergo a seachange. In the process, a number of falsehoods and misconceptions need to be debunked.

Firstly, no one “commits” suicide. People “commit” murder, rape and armed robbery. They do not “commit” suicide. A far more compassionate, empathetic and gentler way of describing this most tragic of human acts is to say that someone “ended their own life”.

Secondly, no one “chooses” to end their own life. There is no “choice” involved. Rather, suicide victims (and, indeed, that is what they are) are caught up in a vortex of pain, hopelessness and true despair, the likes of which no one who has never been there can begin to imagine, let alone judge.

In the words of Fr Ron Rolheiser OMI, whose column is published in this newspaper, victims of suicide “find themselves in a fiery, private chaos that has its roots both in their emotions and biochemistry”.

Suicide victims do not “want” to die. Instead, they see death as the only way to end the unbearable pain and suffering they are in. No one, trapped in a personal wilderness of pain and despair, can make a rational “choice” to end their own lives.

Says Fr Rolheiser: “Suicide is an illness, not a sin. Nobody calmly ‘decides’ to ‘commit suicide’ and burden his or her loved ones with that death any more than anyone calmly decides to die of cancer and cause pain to those they leave behind.”

A third misconception about suicide that needs to be put to rest is that it is an act of cowardice. On the contrary — and without in any way wishing to glamourise it — suicide requires a particular kind of courage and strength.

It is also vital to recognise the unique pain and trauma that suicide leaves in its wake. Everyone dies, of course, but it is the manner of the death of a suicide victim that leaves those close to them so particularly stunned, confused and anguished.

Perhaps the words of poet John O’Donohue might offer some consolation:

May the Angel of Wisdom
enter this ruin of absence
and guide your minds
to receive this bitter chalice,
so that you do not damage yourselves
by attending only at the hungry altar
of regret and anger and guilt.

May you be given some inkling
that there could be something
else at work,
and that what to you now seems
dark, destructive, forlorn,
might be a destiny that
looks different
from inside the eternal script.

The suicide of a priest

Just more than a year ago virtually everyone who knew him was staggered by the suicide death of Fr Virgilio Elizondo, the most prominent American Hispanic theologian of his times.

Fr Elizondo was a widely beloved priest and a warm, trusted friend to countless people. His death left everyone who knew him reeling in shock. Suicide! But he was such a faith-filled, sensitive man. How could this be possible?

According to Fr Rolheiser, these questions, “like the muddy waters of a flood, immediately began to seep into other emotional crevices, leaving almost everyone who knew him with a huge, gnawing question: What does this do to his work, to the gift that he left to the Church and to the Hispanic community? Can we still honour his life and his contribution in the same way as we would have had he died of a heart attack or cancer?

“Indeed, had he died of a heart attack or cancer, his death, though sad, would undoubtedly have had about it an air of healthy closure, even of celebration, that we were saying farewell to a great man we had had the privilege to know, as opposed to the air of hush, unhealthy quiet, and unclean grief that permeated the air at his funeral,” Fr Rolheiser said.

Jesuit Father Russell Pollitt, director of the Jesuit Institute in Johannesburg, also has experienced the suicide death of a loved one. He, too, believes the language around suicide is misleading.

“Seldom do healthy people choose to end their lives. These are people who are bruised and hurting. Like Fr Rolheiser says, suicide is the emotional equivalent of a heart attack or stroke. It’s not something people choose or commit to. It’s a desperate attempt to dull/end deep inner pain. People are victims to their own inner pain,” he said.

As for the state of mind a person is in when ending his or her own life, Fr Pollitt said: “I would say they are people who are hurting, who are in such a dark place that they can see no light or hope. They feel themselves in a spiralling vortex and they are emotionally desperate. They are simply unable to see any light in deep emotional pain.”

Fr Pollitt believes God has a very different perspective to us when it comes to suicide.

God, he said, “has an incompressible capacity to enter into the pain and the hurt of the human heart. Fr Rolheiser describes God as the only person who can break down the walls that the person who dies by suicide has built around them—emotional barriers. He says just as Jesus moves through the walls after his resurrection where the fearful disciples are, so too Jesus moves into the heart of the hurting victim of suicide and says, ‘Peace be with you’,” Fr Pollitt said

He noted that the Apostles’ Creed says that before rising from the dead, Jesus descended into hell: “Literally, Jesus can go to the darkest of places and speak words of peace.”

Fr Pollitt said it seems more and more young people are ending their own lives.

“I hear this at a local university residence too, where three or four young people ‘committed’ suicide last year. I think it’s attributed to pressure, a society that doesn’t care anymore, social media, bullying and economic factors,” he said.

“We have defined success in a way that has led us to become a society that throws those whom we deem unsuccessful away. People live in fear, and with all the other pressures they face, suicide might seem like the way to escape the pain and fear of failure.”

Asked what he would say to the families and friends of suicide victims by way of giving support and consolation, Fr Pollitt said: “I would tell them that they should not worry; their loved one is in the heart of God. That they were bruised and hurting and have now found the healing and peace their hearts could not find here. That it is no reflection on them at all.”

Regarding his own personal encounter with suicide, he noted: “It’s very painful and a piece of you dies too in the aftermath. It’s hard for families to recover from that, they become victims too — stigma, pain, unanswered questions.”

Fr Pollitt said he is convinced that God meets suicide victims “and offers them what they just couldn’t accept from us here on earth”.

Rev Nicky Ing, a Cape Town-based Anglican minister, agreed that suicide is “an illness of the mind and the spirit, which progresses and can become terminal when it reaches the point where there seems to be no possibility of returning from the deep depression which occurs in the psyche of the victim”.

The progression of the illness, she said, “may escalate when no treatment is given, or even when treatment is given by medical practitioners. The sufferer may reach a point where he or she feels the only way out of it is to leave life. It all just becomes too big to deal with, and escape is the reality sought by the victim”.

Victims of suicide are, largely at least, not haughty, arrogant or, indeed, selfish. As Fr Rolheiser says, “the victim has cancerous problems precisely because he or she is wounded, raw, and too bruised to have the necessary resiliency needed to deal with life. Too often it is precisely the meek who seem to lose the battle, at least in this world”.

It is time to debunk the myths.

Suicide and the Church

Synod Calls For More Church Roles For Women, But Stops Short Of Diaconate