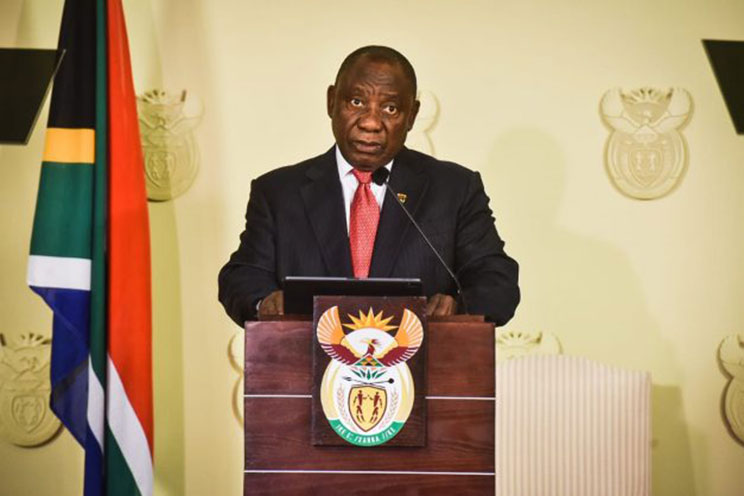 By Mike Pothier – President Cyril Ramaphosa’s cabinet contains quite a number of bold and unexpected appointments, and he has certainly shifted the balance in favour of female and younger politicians. At the same time, a large number of mediocre ministers have survived, or been moved sideways, while some of the most experienced ones have been discarded.

It is significant that the head of the ANC Women’s League, Bathabile Dlamini, has been left out – the fact that her powerful position within the party was not enough to keep her in cabinet may be indicative of the President’s growing strength. She joins another Zuma loyalist, Nomvula Mokonyane, on the sidelines, but other strong Zuma supporters have survived. Lindiwe Zulu, for example, achieved nothing of note in five years as Minister of Small Business Development, but has now been given the crucial portfolio of social development; and Nathi Mthethwa has been given sports in addition to arts and culture.

The inclusion of Patricia de Lille was unforeseen, and it will be fascinating to see how, as one of the more outspokenly critical opposition figures, she works within the framework of shared cabinet responsibility. Ms de Lille has shown herself willing to change parties on a regular basis and this appointment may presage her absorption into the ANC.

On the other hand, it may also signal an intention to experiment with a more inclusive model of government, reminiscent of the ‘government of national unity’ that Nelson Mandela favoured. During her time as Mayor of Cape Town Ms de Lille emphasised issues of spatial planning and land-use, and this may have prompted Mr Ramaphosa to entrust her with management of the Department of Public Works’ massive land and property holdings. It will certainly be worth watching how she goes about her new job.

Some of the longest-serving ministers, Jeff Radebe, Rob Davies, Mildred Oliphant and Derek Hanekom, have been let go, taking huge experience with them. One would have thought that some of these would have been valuable allies at a time when the President is still under threat from the corrupt sections of his party.

The re-appointment of Tito Mboweni at Finance was expected, and it ought to go a long way to ensuring policy stability in the national finances; Mr Mboweni has no time for short-term, populist thinking. Likewise, the continued presence of competent people like Naledi Pandor, Nkosazana Dlamini-Zuma, Aaron Motsoaledi, Angie Motshekga, and Lindiwe Sisulu is positive not only for their specific portfolios, but for the executive as a whole. That most of them have been given new ministries may or may not be significant, but it does not detract from their stabilising role and the institutional memory they hold between them.

The same can definitely be said about Pravin Gordhan. He is possibly the single most competent and hard-working minister, and his moral weight and unshakeable probity are invaluable assets in government. However, the fact is that he has been found by the Public Protector to have acted unlawfully during his tenure as finance minister (in the matter of the re-employment of a SARS deputy-commissioner), and there is much to be said for the argument that, until that finding is overturned by a court, Mr Gordhan should not have been made a minister.

On the other hand, not to have appointed him would have played into the hands of the remnant Zuma faction, and of the EFF, who would have trumpeted it as evidence of their ability to influence the President’s decisions.

By his last-minute decision to postpone being sworn in as an MP last week, David Mabuza ensured that his re-appointment as Deputy President was accompanied by much speculation and attention – all of which, no doubt intentionally, have highlighted his brand in the public imagination. For anyone wanting to be President of South Africa it is far more important to be deputy president of the ANC than of the country, and there was never any danger of Mr Mabuza losing the party position. What his re-appointment has done, though, is to destroy the already fragile credibility of the ANC’s Integrity Committee.

He now joins Gwede Mantashe, Zizi Kodwa, David Mahlobo and Thabang Makwetla on the list of people who, in defiance of the Integrity Committee’s findings, have been appointed to executive office. What the purpose of continuing with such a committee might be is – to say the least – unclear.

The biggest disappointment must be Mr Ramaphosa’s failure to reduce the size of the executive more boldly. A few, mostly minor, ministries have been combined, leading to a reduction of full ministers from 36 to 28, but the number of deputy ministers remains high at 34. In the past some deputies have played important roles, especially in ministries with two distinct arms, such as Justice and Correctional Services, but many others have been anonymous. If so many deputy ministers are indeed needed, then a much better job must be done of demonstrating their value.

An opportunity to demonstrate a commitment to lean, efficient government has been lost, and it may turn out to have been a self-defeating move in terms of the ANC’s ability to move legislation and policy through Parliament. It now holds (only) 230 seats – assuming that most of the 62 ministers and deputy ministers are occupied elsewhere most of the time, the party will increasingly often lack a working majority on the floor of the National Assembly, and at least on issues where the opposition parties are united, it is likely to struggle to pass Bills and approve White Papers. ANC whips may end up wishing that President Ramaphosa had been bolder in his attempts to slim down the executive.

This criticism notwithstanding, the 2019 cabinet is undoubtedly an improvement on its recent predecessors. In its make-up it reveals something of Mr Ramaphosa’s determination to set the country’s political administration on a new path, but it also shows just how tricky that task is, and will continue to be. In his opening remarks, the President noted that there would be regular assessments and consequences for non-performance.

These will be critical: the economy is at perhaps its weakest point since 1994, and the need for service-delivery, jobs, and hope for the future continues to grow. There should be no room for mediocrity and incompetence, or for ministers who spend more time on internal party politicking than on running their portfolios.