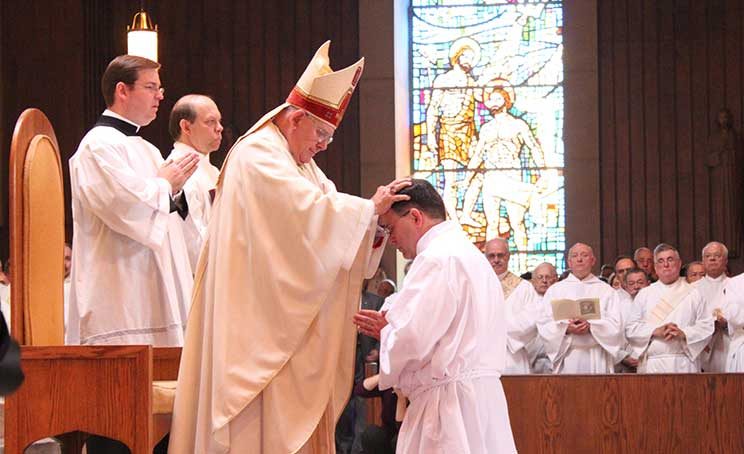 What is the attitude of the Church with regard to Anglican Orders? Has this altered in view of ecumenical developments since Pope Leo XIII’s encyclical which in 1896 declared Anglican Orders to be null and void? Peter Onesta

King Henry VIII of England caused his parliament to pass the Act of Supremacy in 1534. In one stroke, he and his heirs and successors would become the only supreme head on earth of the Church of England.

The Book of Common Prayer replaced the Roman Missal and the Church of England became Protestant. Episcopal and priestly ordinations were now conducted from the rubrics of a rite prescribed in a new manual known as the Edwardian Ordinal. Catholic opinion  was that the Ordinal’s text had been so mutilated by Protestant bias, that it could not be accepted as conferring ordination to the sacrificing priesthood as understood by Rome.

This declaration still holds. When Anglican clergy are accepted into the Catholic priesthood they are ordained unconditionally; the presumption is that their previous ordination was not a valid one. A doubtful ordination can never provide the required certainty of validity.

Nonetheless, Anglicans and Catholics have a historical affinity. Vatican II (1962-65) in its Decree on Ecumenism said: “Among the communions in which Catholic traditions and institutions in part continue to exist, the Anglican Communion has a special place” (Art 13).

Pope Paul VI showed this in a practical way when in 1966 he met the archbishop of Canterbury, Michael Ramsey, and gave him his episcopal ring and a chalice, hinting that the two sides should never have been separated and must cooperate for priestly unity.

In 1967 the same archbishop and pope established the Anglican-Roman Catholic International Commission (ARCIC), which has been meeting regularly since 1970, each side wanting to learn from the other.

Its most recent meeting was in July, 2018 with the theme: “Walking Together on the Way: Learning to be Church”.

There is an undoubted desire on the part of both sides, Anglicans and Catholics, whose liturgies and worship can be so alike, to settle their differences.

The way ahead will have many formidable bumps, not unlike the way behind, but the constant desire for us to become visibly one remains.

It is up to the Holy Spirit and our prayers and example to bring it to fruition.