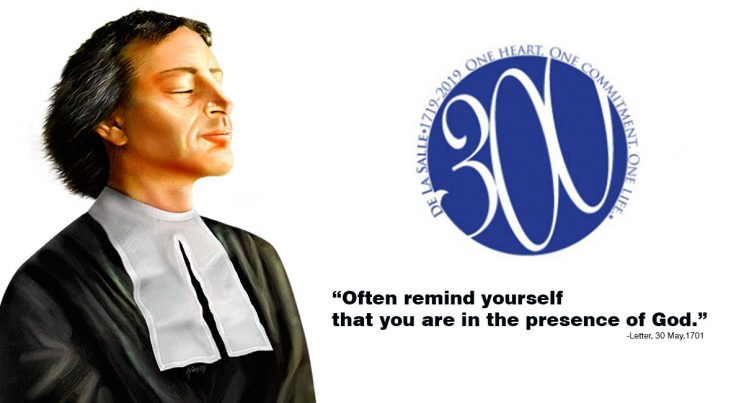 Archbishop Buti Tlhagale was the main celebrant, with seven priests concelebrating, assisted by Deacon Paddy Maddison, a past pupil of the college. Learners, staff, board members, parents and alumni of La Salle College, De La Salle Holy Cross College and the Tsholofelo Community from Phokeng attended.

The liturgy of the Mass reflected the life of De La Salle and the five core Lasallian principles: concern for the poor and social justice, quality education, respect for all persons, an inclusive community, and faith in the presence of God.

Liturgical dance, marimba and drums, choirs and congregational singing in several languages added to the Mass.

In his address to the 2000-strong congregation, Archbishop Tlhagale said that “John Baptist de La Salle must be smiling down on us from heaven today”. He challenged young people to continue the work De La Salle started when he founded the Brothers of the Christian Schools in 1684.

De La Salle devoted himself to the education of poor children and introduced new teaching methods. He was canonised in 1900 and declared the patron saint of teachers in 1950.

After the Mass, congregants were treated to refreshments, and then learners participated in a variety of activities. These included face painting, art, jumping castles, drumming workshops and motivational talks.

The day concluded with a variety concert, with traditional dancing, and music from college student Joshua Moreira and local band Easy Freak.