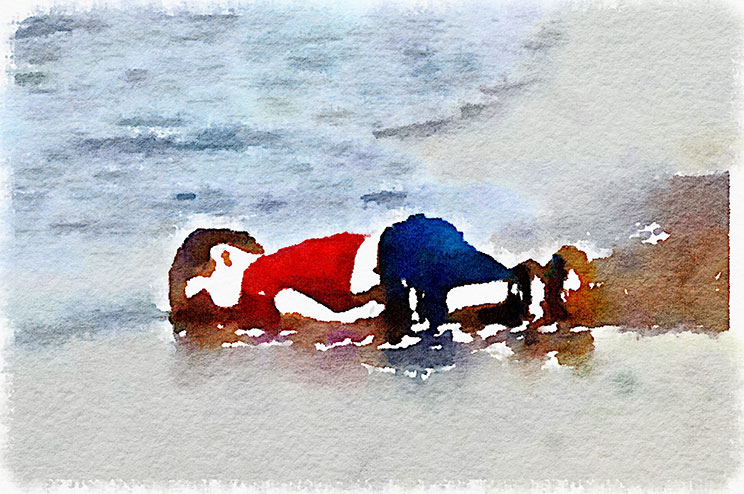 Watercolour representation of Aylan Kurdi, 3-year-old Syrian child who drowned in the Mediterranean Sea in 2015 trying to reach Europe.

Eighty years ago, a German ship’s captain defied the Nazi regime in 1939 by sailing an ocean liner around the world to find safe haven for 900 Jewish refugees.

Captain Gustav Schröder went to Cuba, the United States and Canada. They all refused to take in these refugees from the Holocaust. Eventually some European nations agreed to give them refuge.

The brave captain escaped arrest by the Nazis whom he had defied. He never commanded a ship again but was assigned desk duties.

In late June, another German ship captain, Carola Rackete, commanded a ship filled with migrants who had been rescued and were now seeking a safe haven.

After being denied permission to dock in Italy, she broke through a blockade which had been put up specifically to keep the migrants out, and docked at the port of the island of Lampedusa, the nearest safe harbour, as prescribed by maritime law.

According to the 31-year-old captain from the German sea rescue organisation Sea-Watch, several of the 40 migrants in her care were suicidal after two weeks of the ship being denied permission to dock.

For her troubles, she was arrested by Italian authorities — within sight of the spot where Pope Francis in 2013 threw a wreath into the sea in commemoration of all the migrants who had drowned trying to reach Lampedusa.

It does not look good for a Western democracy when in two stories of captains carrying refugees, the Nazi regime turns out to be the “better” guys. 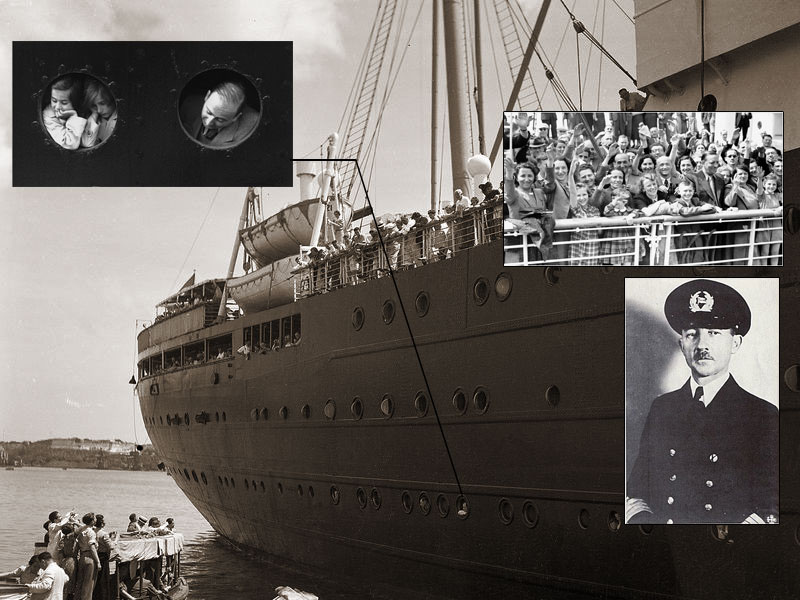 Regardless of whether Captain Rackete violated the law by breaking through a blockade which should not have been there in the first place — disobedience of unjust laws to save lives is a Christian principle — her arrest should serve to galvanise those who still see migrants as human beings, and not as disposable lives.

Just days before Captain Rackete’s arrest, a photo made the news of a Salvadoran father and daughter who drowned trying to cross the Rio Grande from Mexico to the US.

The heartbreaking photo gave a human face to those who are leaving their homes in search for a better life. Was the death of Oscar Alberto Martínez and his 23-month-old daughter Angie Valeria — people with names — worth any policy? And will we collectively forget the image of their lifeless bodies as quickly as we erased that of little Aylan Kurdi from our minds?

And will we collectively forget the image of their lifeless bodies as quickly as we erased that of little Aylan Kurdi from our minds?

Reports of the US detention camps of migrants, in which children are separated from their parents and the inhumane conditions in which they—adults and children — are being held, serve as a further demonstrations of the contempt for human beings shown by elected officials.

And all this must resonate in South Africa as well, a country where xenophobia remains a burning issue, often literally. If we are not outraged by the merciless way in which human beings are being treated, we fail Christ.

For Christians, here and everywhere, there is no hiding behind political partisanship and rationalisations. If we are not outraged by the merciless way in which human beings are being treated, we fail Christ.

“We ought to accept people as they are because they are people. We are moved by their plight and seek to be hospitable…That is what we would wish them to do for us were we to find ourselves in a similar situation,” Archbishop Buti Tlhagale of Johannesburg has said.

“We show kindness and mercy because these virtues are the hallmark of being truly human and of being truly Christian.” What humanity is there in blocking ports, in running wretched detention camps, in criminalising the help and rescue of people, in burning the homes and shops of foreigners?

What humanity is there in blocking ports, in running wretched detention camps, in criminalising the help and rescue of people, in burning the homes and shops of foreigners?

That is the basic minimum for human decency. And those who fail that test, in deed or thought, must be held answerable.