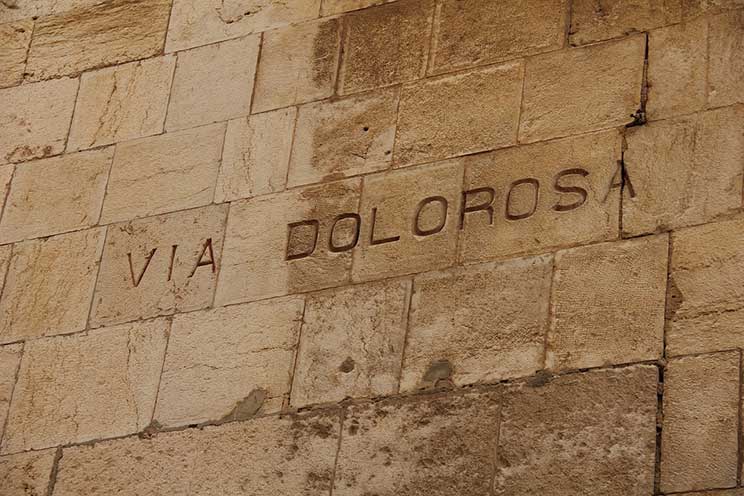 Stephen A Clark, Manila, Philippines – Repentance seems an odd word in this day and age; as is anything which is uncomfortable or can’t be done from a mobile phone app. But at times in the liturgical year, I undertake a penitential walk.

I was inspired to do so by the story of a Brazilian plumber. His wife had just left him, and he was staring down the barrel of old age with a lot of failures and regrets in his backpack.

He sold his van and tools and bought a plane ticket to the Holy Land — there comes a time in the life of every man when only authenticity and the truth will do and he went in search of it.

He joined a pilgrim group and on the eve of the visit to the route of the Way of the Cross, he spent the night in prayer. In the morning, one of the group members would lead and carry a replica of the cross and he prayed for that privilege.  His prayer was answered.

As he placed it on his shoulder, he suddenly felt an incredible weight pressing down on him. It was revealed to him that this was the weight of his own sins.

As he walked the Way of the Cross, it was so difficult that he fell and struggled; the other pilgrims thought he was play-acting as he collapsed at the end in complete exhaustion.

Then, as he described it, he felt that all his sins were absorbed by the cross and when he stood up he felt as light as a feather.

He returned to Brazil to an unknown and uncertain future but with a great love for Jesus and a growing confidence in the Lord’s love to carry him through.