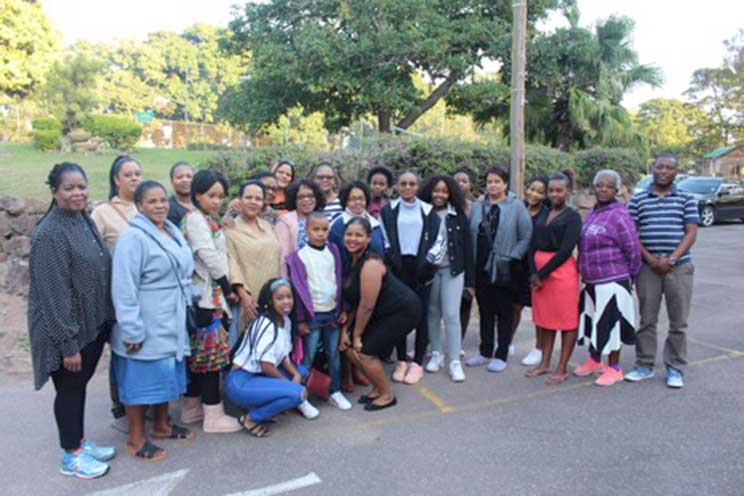 Mothers and daughters who attended a Durban J&P Healing of Memories workshop at TreFontane Guest House in Mariannhill.

A workshop on healing memories produced tangible results, according to participants.

They spoke after attending a Durban archdiocese Justice & Peace (J&P) “Healing of Memories” weekend workshop for some 15 mothers and daughters at Mariannhill’s TreFontane retreat house.

“The main purpose of the workshop is to break barriers between mothers and daughters and help them find closure of their past painful experiences,” Durban J&P  coordinator Kalie Senyane said.

“The programme has helped build relationships between parents and their children, and has paved a way for a better understanding of each other,” he said.

The Healing of Memories workshop was started in 2017 when J&P saw a need to get involved in helping mothers and daughters, and fathers and sons, to address antagonism between them, bring about healing from painful experiences, and promote reconciliation.

Fikile Zangwa attended the workshop with her mother. She said it helped her to open up.

“After more than a year of struggling to accept the terrible experience of losing my partner, the workshop allowed me to go through the first stage of healing,” she said.

“I would like to attend a workshop of the same nature with my children so that, together with them, they can go through the process of healing as well.”

Lee Abbolt from Christ the King parish in Wentworth said the workshop helped her open up and share her experiences with participants who had been total strangers to her.

Since the inception of the programme, about 590 people have passed through the training. Eighteen parishes in the archdiocese have already conducted workshops, and dialogues are also being held between parents and children.

He said J&P has received many testimonies from people who have benefited from the programmes, and noted that while it was initially not easy to organise the workshops and dialogues, now people are coming forward to register for them.

He added that if others outside Durban archdiocese are interested, J&P can help in organising facilitators who can come to them to give workshops and facilitate dialogues.

Durban usually hosts such workshops for mother and daughters, and fathers and sons, four times a year.

The aim is to reach new participants who can go back to their different parishes to train others in promoting healthy relationships between parents and children and in bringing healing from painful experiences of the past.

Catholic Mom up for Mrs Africa!

The centenary celebrations of Soweto’s Immaculata Secondary School and Lourdes Primary School will be launched at an opening Mass at...