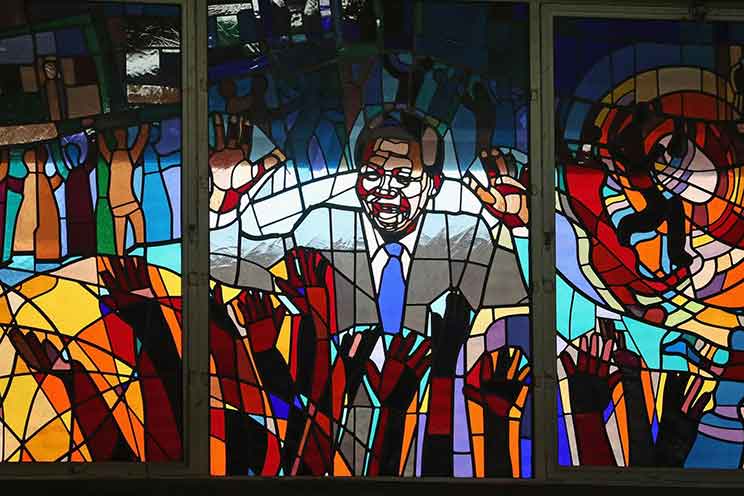 The centenary celebrations of Soweto’s Immaculata Secondary School and Lourdes Primary School will be launched at an opening Mass at the iconic Regina Mundi church in Moroka.

It will be followed by speeches from alumni, former staff members, and Catholic religious.

The event will be broadcast live by various community radio stations.

Fundraising activities are planned for 2020, including a March Centenary Golf Day followed by a banquet.

In the 100 years since its founding by the Holy Cross Sisters, Immaculata has produced many students who have become distinguished professionals in various fields.

Originally located in Alexandra township, the school was moved to Diepkloof in Soweto in 1970 in terms of the Group Areas Act.

Immaculata is a co-ed school with between 600 and 700 learners. Its matric pass rate is regularly at or above 95%.

Founded in 1919, Lourdes Primary used to be known as Holy Cross School. Like Immaculata it was based in Alexandra township and was moved to Diepkloof.

After the Holy Cross Sisters were withdrawn from Soweto in the wake of the 1976 uprising, the schools have been owned by Johannesburg archdiocese.

“It is very important to remember the history of establishments like Immaculata Secondary School and Lourdes Primary School,” said principal Dr Matilda Dube.

“The school has a long history of academia which is why we are calling on all past and current students and staff to get in contact and enjoy the celebrations,” said Advocate Kholwani Msomi, an alumnus.

Faith and Millennials – The Church is Changing