The Life of John Henry Newman in a Nutshell 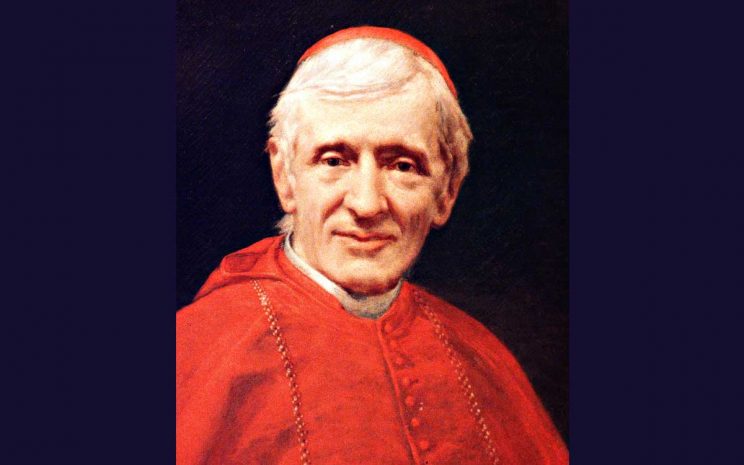 When Bl John Henry Newman is elevated to the canonised sainthood in October, he will become Britain’s first new saint since the canonisation of  St John Ogilvie in 1976.

Originally an Anglican priest, he converted to Catholicism in 1845. His scholarship and tracts are considered to be among the most important Church writings in recent centuries.

In his youth as an Evangelical Calvinist, Newman held the common belief in those circles that the pope was the antichrist.

By the time he graduated from  Oxford’s Trinity College — with sub-average results — he had abandoned the Evangelicalism of his youth and embraced Anglicanism.

At 23, Newman was made a deacon in Christ Church cathedral, Oxford, and the following year, on May 29, 1825, was ordained to Anglican priesthood.

As an Anglican priest, Newman was regarded as one of the great intellects in Britain. He was involved in several disputes involving theology and politics.

In between those debates, he wrote his popular hymn “Lead, Kindly Light”, after falling ill on a Mediterranean journey in 1833.

Newman’s drift to Catholicism was gradual, though studies in 1939 which persuaded him of the principles of ecclesiastical authority as expressed by the Church of Rome accelerated that shift.

In February 1843, Newman published, anonymously, an advertisement in the Oxford Conservative Journal, in which he retracted all the criticism he had issued of Roman Catholicism. In September that year he preached his last Anglican sermon.

Two years later he finally converted to Catholicism, and in 1847 he was ordained to the Catholic priesthood. He spent most of his clerical life in Birmingham.

Newman’s conversion to the Catholic faith was controversial in England, and resulted in him losing many friends — including his own sister, who never spoke to him again.

Newman’s Journey With the Church

In 1878, Pope Pius IX died (on the day that Newman returned to Oxford for the first time in 32 years). That pope had viewed Newman with suspicion, but the new pope, Leo XIII, was an admirer of that English priest who in his writings was redefining Catholic thought.

Pope Leo offered Newman the cardinal’s red hat, which the priest accepted under two circumstances: he would not be consecrated a bishop on receiving the cardinalate, as was usual at that time; and he could remain in Birmingham.

The pope agreed and elevated Newman to the rank of cardinal on May 12, 1879.

From 1886 onwards, Newman’s health deteriorated. He celebrated his last Mass on Christmas Day in 1889 and died of pneumonia on August 11, 1890, at the Birmingham Oratory.

By his own request, he was buried alongside his lifelong friend Ambrose St John.

Bl Newman was beatified by Pope Benedict XVI in Birmingham on September 19, 2010. His feast day is celebrated on October 9, the date on which he was received into the Catholic Church.

Remarkably, Newman is also venerated in the Church of England, which marks his feast on the anniversary of his death, August 11. The Episcopalian Church (US Anglicans) mark Newman’s feast on his birthday, February 21.

Bl Newman once wrote: “God has created me to do him some definite service. He has committed some work to me which he has not committed to another. I have my mission. I may never know it in this life, but I shall be told it in the next. I am a link in a chain, a bond of connection between persons.

“He has not created me for naught. I shall do good; I shall do his work. I shall be an angel of peace, a preacher of truth in my own place, while not intending it if I do but keep his commandments,” he wrote.

“Therefore, I will trust him… If I am in sickness, my sickness may serve him, in perplexity, my perplexity may serve him… He does nothing in vain… He may take away my friends. He may throw me among strangers. He may make me feel desolate, make my spirits sink, hide the future from me.

“Still, he knows what he is about.”