Catholic Mom up for Mrs Africa! 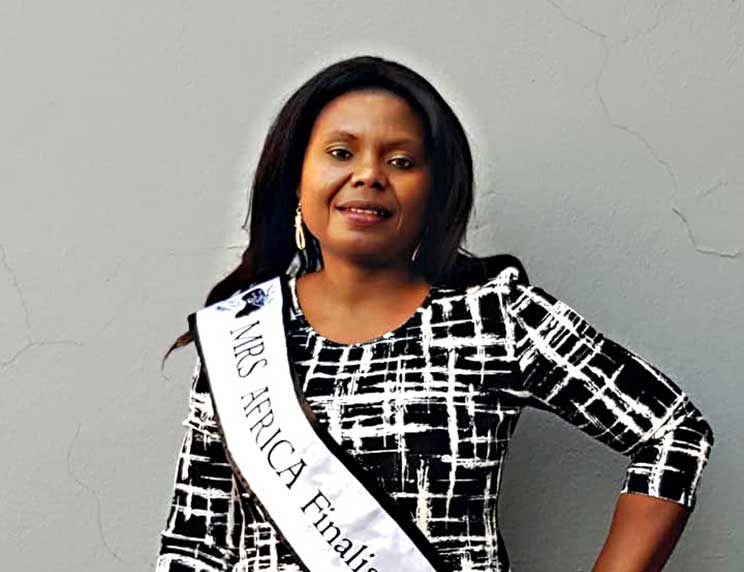 A Johannesburg Catholic sees her nomination as a Mrs Africa 2020 finalist as an opportunity to empower and inspire other women.

Laurentina “Lolo” Nkamankeng, a businesswoman from St Francis of Assisi parish in Yeoville, said she was encouraged by her children to enter.

“My children saw the pageant and said I should enter it. By nature I’m an outgoing and adventurous person and saw this as a challenge so I took myself out of my comfort zone,” Mrs Nkamankeng told Radio Veritas’ Sheila Pires.

Upon Lolo’s arrival in South Africa in 2004 she came across a fellow Cameroonian, Paul, who was studying at Wits University. They married and have four children: three girls and a boy.

Her son is autistic, and Mrs Nkamankeng does public speaking to help raise awareness of autism.

She is also a life and relationship coach, an entrepreneur, mentor, and executive director of the Michelle Nkamankeng Foundation.

The foundation was named after her daughter Michelle, who became Africa’s youngest published author and one of the Top 10 youngest writers in the world.

Michelle was seven when her first book, Waiting for the Waves, was published, and she has been featured in The Southern Cross.

Mrs Nkamankeng comes from a big family with strong Catholic roots and is the firstborn of five children.

“I am a proud and devout Catholic and a former parish pastoral council chair,” she said.

“My parish in Yeoville is very blessed as we have parishioners from all over Africa, from Ghana, Nigeria, Ethiopia and Malawi, so we are rich in culture and diversity. We learn a lot from each other, and when we have gatherings we get to try each other’s traditional foods,” she said.

The Mrs Africa pageant was started in 2006 by Carolyn Botha, CEO of Pageants SA. The aim of the pageant, organisers say, is to create a platform which showcases the unique qualities of African women.

Finalists and titleholders are encouraged to make a difference in their communities and support local charities.

“I see Mrs Africa as a platform and an opportunity to open doors for me across Africa so that I can continue to do good,” Mrs Nkamankeng said.

“I want to empower women and let them know that no matter who they are or where they come from, if they follow their dreams and believe in themselves, they can achieve. All women should be the best version of themselves: love yourself just the way you are,” she said.

The Mrs Africa crowning will take place on November 2, and voting is open until the end of October.