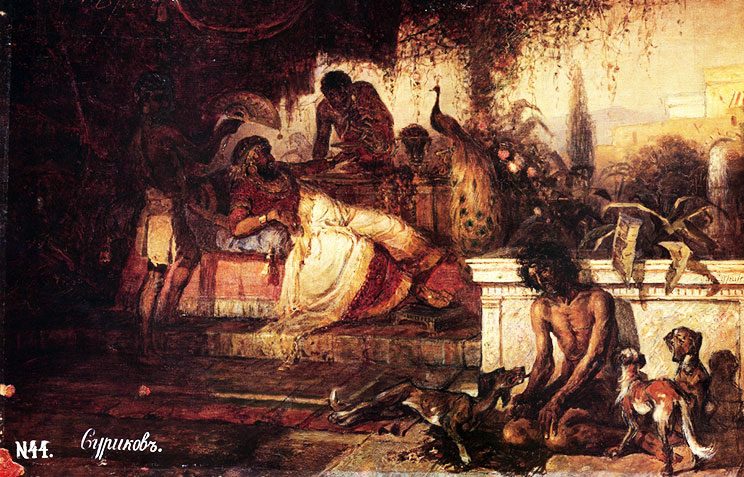 God has provided generously for our physical needs, as the Gospel of Matthew tells us (6:25-34).

He is a provident God who has blessed us with resources and talents to “subdue” the earth (Gen 1:28) and provide a dignified lifestyle for all. But is this a global reality?

The Food and Agricultural Organization (FAO) shows that in most years there is enough food produced for all, but it estimates that some 800 million people experience food insecurity and hunger.

A similar number of people are classified obese, so for some there is too little food and for others there is too much.

There is persistent food insecurity for those at the lower levels, malnutrition, lack of medical facilities, inadequate schooling and amenities.

Even if the FAO reports there is enough for all, it is not reaching all people. Also, if there is not enough, it is because substantial productive facilities are dedicated to arms and luxury goods.

Trillions are spent on arms, and billions on research to make more effective weapons. You can spend millions on a car that goes from 0 to 100km per hour in 2,6 seconds, but how does this measure against debilitating poverty?

I am not in the slightest bit envious of those who own these amazing cars, but I am concerned for those who live in poverty, who do not even have enough food.

Where is God’s providence? What is stifling his generous endowment of resources meant for all people, in accordance with the Catholic Social Teaching principle of the universal destination of goods, not to mention the right to dignified living conditions?

If only 5% of 2,3 billion Christians say the Lord’s Prayer every day, why are some 100 million requests to “give us this day our daily bread” ostensibly being ignored by God? Or should the words of Jesus in the multiplication of the loaves apply to those who have a comfortable surplus? When confronted by his puzzled disciples, he said: “Give them something to eat yourselves” (Lk 9:13).

In other words, it is through those with more than enough that the request in the Lord’s Prayer, “Give us our daily bread”, is meant to be answered. God is saying that it is we who are the response to the requests for “daily bread”.

The parable of the rich man and Lazarus (Lk 16:19-31) places a radical responsibility on the rich to assist the poor.

There is the equivalent of a low-intensity social revolution in South Africa, manifest in crime and all the service delivery protests made by those who experience the daily indignity of lack of food, sanitation, sewerage, even basic health care, electricity, and education, one means of attempting to lifting oneself up from poverty.

The theologian and economist Prof Klaus Nürnberger, formerly of the University of KwaZulu-Natal, contends that “competition in a ‘free’ market has led to discrepancies in productivity, income and life chances between individuals, groups and countries and continents that dwarf those of feudalism”.

This is indeed an ominous observation. There are some 7 million unemployed youth in South Africa. Poor living conditions multiply the chances of people turning to crime, another dark part of the social revolution.

Pope John Paul II predicted that future generations would judge this generation for its failure to feed the people, while Pope Francis observes a high degree of “globalised indifference”, where the poor are statistics soon forgotten.

I fear that the Bible passage referring to feeding the poor and sending the rich away hungry (cf Luke 1:53) is a form of biblical condemnation. Would it apply to a famous actress who recently spent $1 million on her birthday celebration?

There are those who want their names inserted into the latest Who’s Who of society, but when we meet the Lord, I am convinced we will have a burning desire to impress him.

It is the heavenly bank account that will impress him.

Fr Pierre Goldie is a priest of the archdiocese of Cape Town.