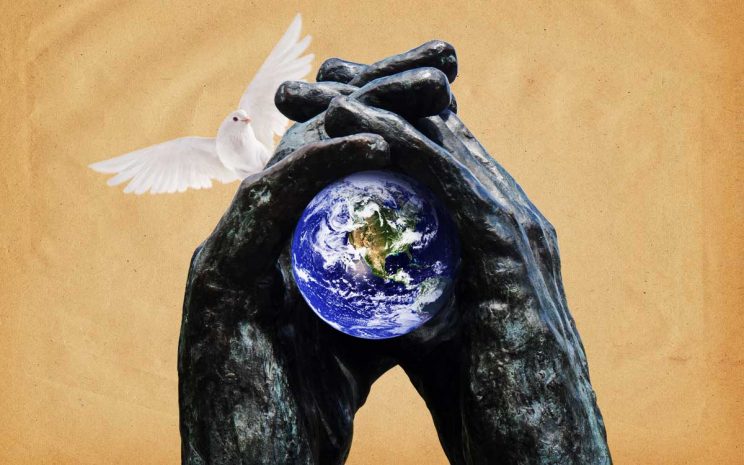 Pope’s Prayer Intention: That the breath of the Holy Spirit might engender a new missionary “spring” in the Church.

The world, said Bl John Henry Newman, “grows old, but the Church is ever young. She can, in any time, at her Lord’s will inherit the Gentiles, and inhabit the desolate cities”.

No one puts it quite like Newman. Even today his “Second Spring Sermon”, on his hope for the revival of the Catholic Church in England in the 19th century, is quoted and reflected upon.

The Holy Spirit is ever at work, breathing life into the Church. But because the Church is a very human institution, she has her ups and downs. Sometimes she seems to be responding more generously to the promptings of the Spirit than at others.

So when we pray that the Holy Spirit initiate something new — another missionary “spring” — I suppose we are praying that we may respond more generously to the initiatives to which the Spirit is constantly inviting us and seize the propitious moment, the kairos, which we are being offered.

We should remember, however, that the missionary activity of the Church is going on all the time and the statistics suggest that the Catholic Church continues to grow in numbers at a slightly higher rate than the rate of the expansion of the global population.

Africa has outperformed the rest of the world in the rate of growth of Christianity. Since the 19th century this growth has been spectacular, and we sometimes forget that it continues today. It raises the interesting question posed by the theologian Fr Laurenti Magesa as to why African people seem to have found Christianity so attractive.

Obviously we have the Holy Spirit to thank for working so fruitfully with the semina verbi, the “seeds of the word”, as Pope John Paul II described the pre-Christian African cultural and religious foundations which are in harmony with the Gospel, in his exhortation after the First African Synod of 1994.

A Missionary Spring in the Developed World

Perhaps there is an old missionary “spring” here in this continent, and the pope’s prayer intention is more orientated towards the so-called developed world where the Church struggles in an ethos indifferent to faith and suspicious of organised religion.

In the world of Europe and the United States we hear a constant drip of news cataloguing the demise of faith and the “death of God”.

Not that we should be complacent about what is happening there. It should pain us to hear that the light of faith is fading in the countries that sent the missionaries who brought the faith to us in Africa. After all, the Church is one, the one Body of Christ, and if one part is in pain, the rest of it should feel that pain.

We should also note the demographic and economic factors which correlate with the loss of faith.

As for the economic factors, there is ample evidence that consumer societies which are dedicated to the production of more and more material things are not naturally predisposed to hearing and living the Gospel. The real Gospel I mean, not the so-called “prosperity Gospel” of people like the wonderfully-named Pastor Creflo Dollar!

South Africa is often held up as the most Westernised country on the continent. If that is so, then we need to be doubly careful about complacency with regard to our missionary and evangelising work.

We tend to assume that most people in Africa are naturally spiritual, and that atheism and agnosticism are rare, but that was also the case with Europeans once. Look at the case of “Holy Ireland” for an example of how quickly things can change.

Certainly, the conditions of life have changed dramatically since the first missionaries came to this country, which is now post-colonial, post-apartheid, (becoming) post-industrial, and maybe even a touch post-modern.

Could we perhaps be becoming post-Christian? If so, the prayer for a new missionary “spring” is timely and apt.