Sent to South Africa by ‘The Voice’ 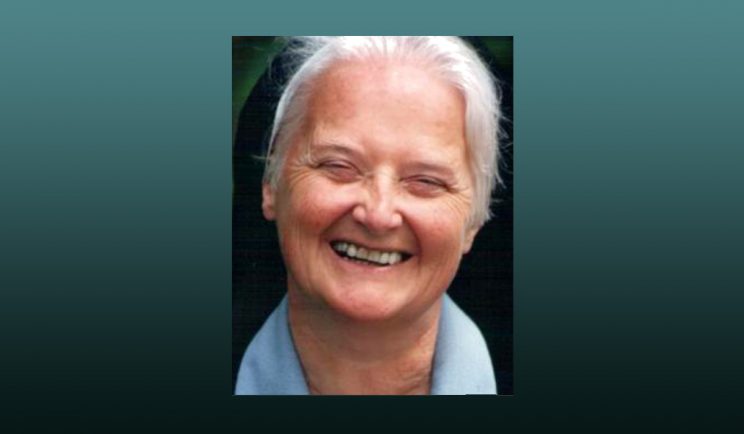 I was born in rural Austria on July 25, 1940, at the beginning of World War II. My father was at that time already at the Russian front. I got to know my father only when I was five.

My missionary interest was wakened when I was 11, by a bearded jungle missionary from Brazil and the mission magazine Stadt Gottes (City of God). Still, until I was 17 I imagined my future to be that of a farmer’s wife.

Then our local youth leader entered our convent in Carinthia, southern Austria. From that moment my peace was gone and I was constantly reminded that in earlier years I had had the idea of becoming a missionary.

One day while working in the fields, I very distinctly heard a voice saying: “Why don’t you work for me?”

I didn’t know what to make of that until I visited the convent in Carinthia. Not having had contact with any nuns before, I asked the Sister who opened the door: “What type of nuns are you?”. She very assuredly answered: “Missionary Sisters of the Precious Blood.”

“Wow!” These words went like lightning through me, and I knew that this was the place where I could work for “the voice”.

Being a little bit radically inclined I needed something that would ask everything of me, and this was the answer for my search. Half a year later, not quite 18, I entered.

Then followed preparations for mission after the novitiate. I was asked to train as a mathematics teacher for high schools and my country of destination was to be South Africa (not a country one would have chosen in the apartheid years in the 1960s).

In March this year it was exactly 50 years since I arrived in the mission station Mariannhill.

Teaching in a private mission school, we had the opportunity of filling the big gaps that were cut out of the Bantu Education syllabus. Many of my students in 19 years of teaching maths became doctors, or accountants and are now playing their role in the history of the new South Africa.

Eleven years of my stay in South Africa was with cerebral palsied and other orthopaedically challenged children at Ikhwezi Lokusa, in Mthatha, Eastern Cape, the first home-school for black children with disabilities.

If I was given a choice, I would never have left these children.

Being mostly with young people kept me young at heart and I was then able to serve my convent community in Mariannhill for seven years as superior.

Presently I am already in my seventh year at the skills training centre at Ikhwezi Lokusa Rehab for young adults with challenges.

A team of committed people, including volunteers from both overseas and local areas, give their best to help these trainees to obtain a proficiency certificate in sewing, pottery, crafts and leatherwork.

It is a joy to watch the transformation in these often-neglected youngsters.

A Day in The Life of a Religious Sister