The Amazing Journeys of a Hermit-Missionary 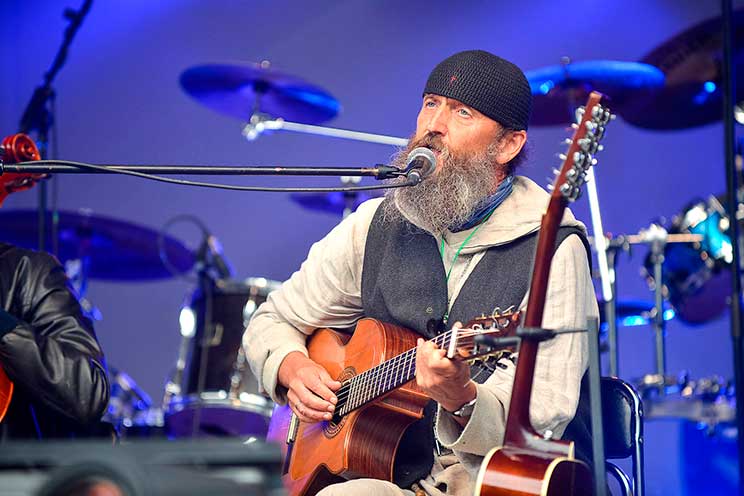 Once he was a successful businessman; now he is a ‘hermit-missionary’ priest who loves to be on the road. Robert Duncan met Fr Mary Elias.

In the late 1990s, he was an active businessman and entrepreneur. Mindaugas Cerniauskas travelled the world, started Rotary clubs, founded the first Free Economic Zone in Lithuania, and served as president of the country’s Chamber of Commerce.

He was civilly married and lived with his wife and two children in Vilnius, Lithuania’s capital.

All that changed when he could no longer resist what he described as an interior “fire” in his soul.

It was a burning for religious truth that led him to separate from his family, flee the city and commence a spiritual quest that would lead—20 years later—to his priestly ordination in Rome this year and new name: Fr Mary Elias.

Fr Elias’ turbulent religious quest is an example of Christian conversion that many experienced in ex-communist countries in the aftermath of the Soviet Union’s collapse.

Though he had been baptised as a child, Fr Elias had not been raised a Catholic because Soviet law forbade going to Mass. Nevertheless, he dabbled in some Christian devotions while also practising yoga and collecting New Age literature.

“Everything was mixed,” he said, noting that he followed an assortment of teachings from both Buddha and Jesus, occasionally prayed the rosary and went to confession.

After fully accepting Catholic teaching in 2003 as the result of what he called a “God-miracle”, Fr Elias began devoting all his energy to theological learning, fasting and pilgrimage.

“I burned all my esoteric books,” he said, and “left only [those about] Jesus, Mary, the Church.”

One of his most significant adventures was a 4300km walking pilgrimage from Lithuania to Jerusalem.

Upon arriving at Jerusalem’s church of the Holy Sepulchre, he vowed to God that he would live out the rest of his life as a hermit.

After returning to Lithuania, Fr Elias started wearing a Carthusian-style habit, leading retreats and travelling to some of Christianity’s holiest sites around the world.

For example, in 2007, he got special permission to stay at Mount Athos in Greece, one of the most sacred places in Eastern Orthodoxy and home to several monasteries.

Alone one night at the peak of the mountain, he started collecting small white pebbles.

“I was inspired,” Fr Elias recalled, to take the stones back to Lithuania, embed them in silver crosses, and make a pilgrimage to deliver one to each of the major Marian shrines in Latin America.

“I thought, [the Orthodox] have such a strong love for Mary, and the Catholic Church” also has this love, he said, adding, “especially in Latin America, where in many countries Our Lady is the national patron.”

With only 10 euros (about R150) in his pocket, Fr Elias began a 77-day tour of Latin America and the Caribbean, leaving his stone-bearing crosses in 20 sanctuaries dedicated to Mary.

He relied on the generosity of local monasteries and individuals to fund his transportation.

“I think my vocation is very strongly built on the spirit of pilgrimage,” said Fr Elias, who enshrined his travelling and leading of spiritual retreats into the canonical, vows of a hermit he made in 2014. With his bishop’s approval, Fr Elias called his vocation that of a “hermit-missionary”.

“God created me this way,” Fr Elias said. “I like to lead retreats, I like to create music, but I also need solitude.”

The solitude Fr Elias now observes, however, came at the price of a heart-wrenching family dissolution in 1999.

“I am not perfect,” he said, recalling his decision to leave his 17-year marriage and teenage children to undertake his search for God. “It was not the right way.”

On the other hand, “If we look at the fruits and conversion of my former wife and our relationship now, she’s praying for me, for my vocation,” Fr Elias said.

His now-grown children even brought him vestments for his ordination to the diaconate.

When 59-year-old Fr Elias was ordained to the priesthood by Cardinal Raymond Burke, his ex-wife and daughter were in the congregation. They were among the first to receive his blessing as a new priest.

The priest said his painful family breakup now will help him understand others’ difficulties, “especially in this moment, when the family really is so important”.

Asked what comes next after he completes his doctorate in Rome, Fr Elias replied: “I think it’s better not to talk about plans, because God sometimes changes all these plans.”—CNS