The Pitfalls of Mission 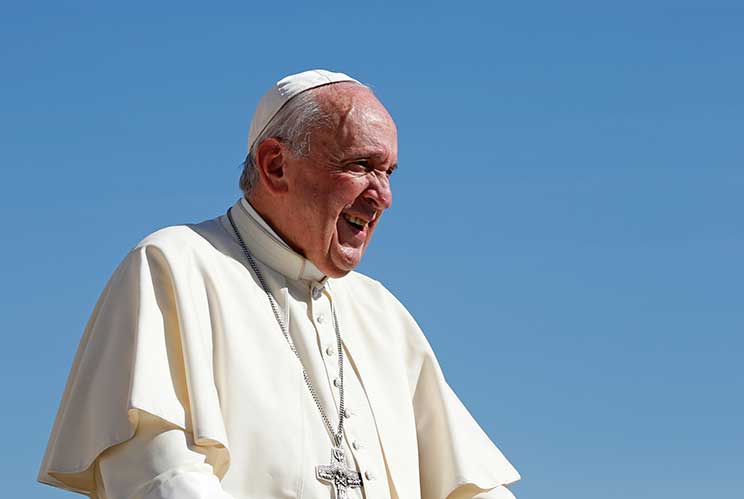 Sometimes Pope Francis reveals a surprising blunt side. One such episode was told by the Holy Father himself.

Talking to Jesuits in Mozambique during last month’s papal visit there, the pope recalled an encounter with a South African Catholic who introduced two converts to him, which had left him with “a certain bitterness”.

“I was told they were part of a slightly fundamentalist movement. She said to me in perfect Spanish, ‘Your Holiness, I am from South Africa. This boy was a Hindu and converted to Catholicism. This girl was Anglican and converted to Catholicism.’ But she told me in a triumphant way, as though she was showing off a hunting trophy. I felt uncomfortable and said to her, ‘Madam, evangelisation yes; proselytism no,’” the pope noted.

One may wonder how the woman felt about what must have been an unexpected response, or, indeed, how the two young people interpreted the encounter. It must be hoped that Pope Francis also found words of encouragement for these three people.

The distinction between evangelisation and proselytism can be blurred. Both terms refer to the act of making converts of people.

For Pope Francis, the difference resides in who and what is at the centre in missionary work. “In evangelisation, the protagonist is God,” he told the Jesuits in Mozambique, but “in proselytism, it is the ‘I’.”

Whereas “evangelisation is free”, the pope said, proselytism “makes you lose your freedom”.

Related to that, Pope Francis has a concern that the Church’s missionary efforts, to which all Catholics are called, should not give an appearance of converting by coercion — as happened so much in the past — or be seen as a concerted programme to persuade people of other religions to switch sides.

The coercive missionary method is unjust towards those who are pressurised to abandon their faith, the pope says. The mobilising missionary method, meanwhile, risks creating a backlash from the followers of the religions targeted for converts.

In India, for example, fundamentalist Hindus have committed pogroms against Catholics in part as a reaction to a perception that Christians are actively proselytising among Hindus (aside from the bigotries radical nationalism invariably creates).

There, even a Catholic school or hospital can be seen as a potential proselytising threat, notwithstanding that these institutions simply offer a service to all.

Among Christians, the fear of proselytism is acute, too. Indeed, many Catholics are alarmed by the proselytising by Evangelical and Pentecostal groups among Catholics.

Pope Francis is not saying anything new. In 2007, the Vatican’s Congregation for the Doctrine of the Faith warned that “the term proselytism…has taken on a negative connotation, to mean the promotion of a religion by using means, and for motives, contrary to the spirit of the Gospel; that is, which do not safeguard the freedom and dignity of the human person”.

So, if we are called to active evangelisation but also warned not to proselytise, how are we to go about fulfilling our missionary mandate?

Our evangelisation efforts must, of course, include catechesis, as long as this does not deny the free use of reason and appeal to conscience.

But Pope Francis advises that we convert people less by the force of argument than by attraction, reflecting the instruction issued by St Francis of Assisi: “Preach Jesus, and if necessary use words.”

The pope holds up St Thérèse of Lisieux as an example of how to draw people to Jesus by way of attraction.

The Little Flower, as the French saint is often called, serves as a concrete example of how authentic witness is proclaimed through a union with Christ “in prayer, adoration and in concrete charity, which is serving Jesus, who is present in the least of our brothers and sisters”, Pope Francis told a weekly general audience three years ago.

As has been so often repeated, we evangelise most effectively by our example, by modelling God’s mercy, by living our joy in Christ, by reaching out to the margins, by being open to seekers, by our love.