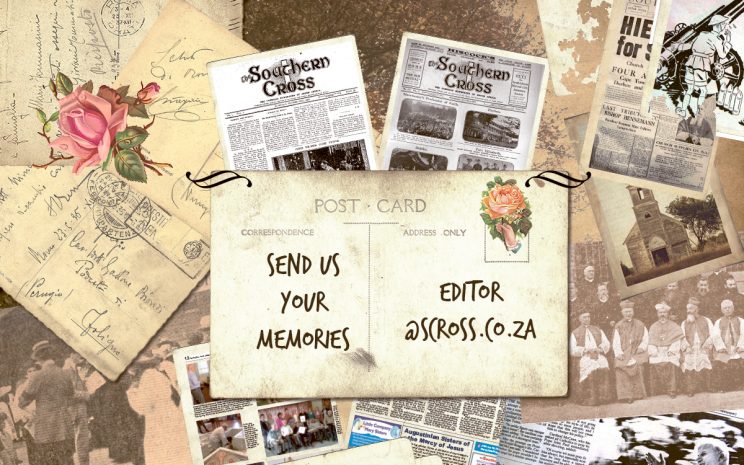 In the 12 months building up to our big jubilee — which we shall, of course, celebrate in good style with a special edition — we will mark this newspaper’s long history with a new weekly feature in which we look back at an old issue from our archives.

The magnitude of The Southern Cross’ length of service to the Church in Southern Africa is driven home by the fact that even in a full year, the revisited issues cover only about half of the number of years this newspaper has been read by generations of Catholics.

Our centenary year will also be a good time to remember the many people who over the past ten decades got The Southern Cross to the people: the editorial teams and contributors, the administrative staffs, the directors, the supporters and Associates, the printers, the various distributors, those who handled, promoted and sold the newspaper in the parish, and the readers and friends.
We remember all of them — known or unknown, currently active or long dead — in our prayers.

At the conclusion of the Extraordinary Mission Month, a centenary logo will adorn the earpiece next to our masthead. It will remind us of the long history of The Southern Cross but also serve as a signal that we are looking into the future.

We look to the future with confidence that this newspaper, which has accompanied the Catholic Church in this region for almost half of its existence here will live on for a long time yet.
For that, The Southern Cross will need the support of the Catholic community: by financial means through the Associates Campaign, and by means of keen promotion of the newspaper — in print and digital format — by the bishops, clergy and laity.

The Southern Cross was first published on October 16, 1920, but a long time of funding and planning was already taking place a hundred years ago, starting in late July 1919 when the decision to establish a national Catholic weekly was finalised in Durban.

Since that first issue, The Southern Cross has appeared every week, without fail. That is a proud record indeed.

Over those 5000-plus weeks, The Southern Cross has told many stories and influenced many lives, from young men (like little Denis Hurley) who became priests to the prisoner who credits his conversion to the Catholic faith to receiving the newspaper in jail.

If you have a good story involving The Southern Cross, please email it to the editor at editor@scross.co.za with a view for possible publication.