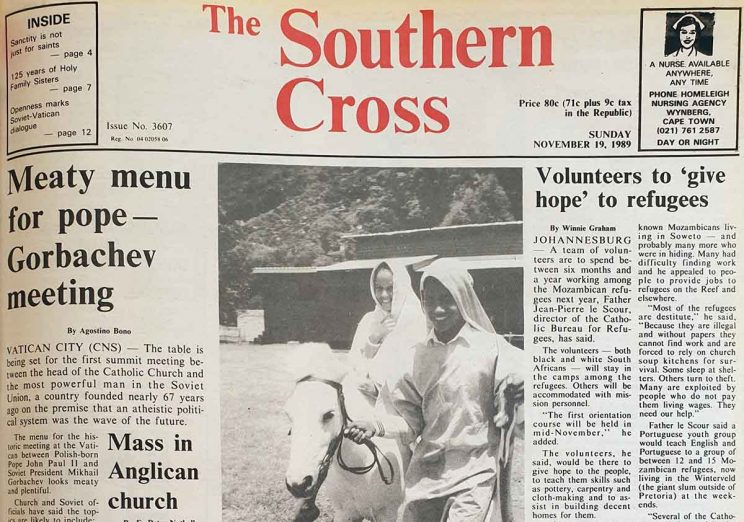 A papal visit to the Soviet Union will be on the agenda when Pope John Paul II meets with president Mikhail Gorbachev in the first summit between a pope and a Soviet leader.

When clergy have been at the scene of political conflict, “tremendous goodwill has been generated”, according to Justice & Peace chaplain Fr Peter-John Pearson. “Simple gestures of solidarity are helping to stem the exodus from the Church, especially among the youth,” he said.

Pope John Paul II has asked for “help and solidarity” for Palestinians living in Israeli-occupied territories, calling for a Palestinian homeland.

In his editorial, Cardinal Owen McCann writes that Christians must concern themselves with the environment. “Pollution is sinful. It is destruction of God’s gift to the human race—the earth itself.”