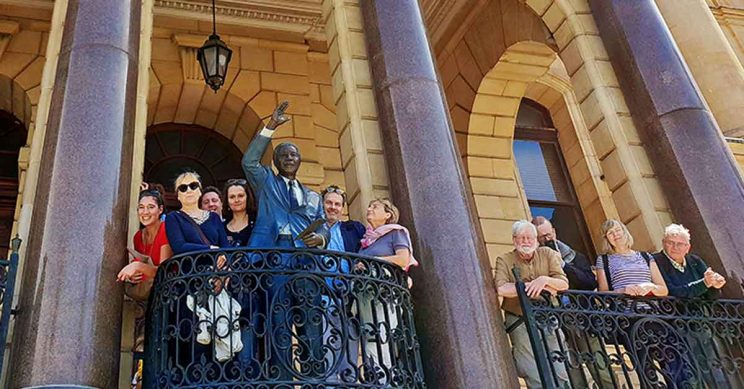 Posing with a sculpture of Nelson Mandela on the balcony of Cape Town’s City Hall were members of a group of the German association of Catholic communicators. The group met with Catholic journalists and experts, and visited several projects. The balcony is where Mr Mandela held his first public speech after he was released from prison in February 1990.

We Can Find God in Addiction – Thomas Weston SJ

By Paddy Noonan OFM - Franciscan Brother Martin Thompson died on September 29 in Ireland. He was born as George...