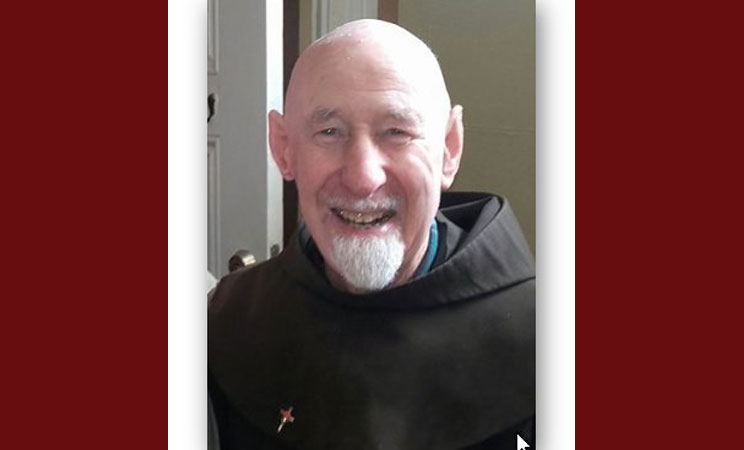 He was born as George Thompson in Dublin on November 4, 1934, and after his education at Belvedere College, entered the film industry, becoming manager of the old Grafton Cinema in Dublin.

After some time and soul-searching, he quit his lucrative job and joined the Franciscans.

He now became Br Martin, after one of his favourite saints, St Martin de Porres. He made his first profession as a friar on the feast of St Francis of Assisi on October 4, 1964.

After a short period in Ireland he was sent to the Irish College of St Anthony in Louvain, Belgium. This historic college was founded in 1607 by Friar Florence Conry to educate future Irish Franciscans. It was the time of “priest hunters” in Ireland when spies were paid money by the British colonial authorities to report Church and priestly activities.

Br Martin helped in the establishment of an English-speaking parish in the Kraainem suburb of Brussels. At the same time he was teaching catechetics at an American-run school in Brussels.

Eventually he came to South Africa where his first assignment was at Reiger Park, Boksburg, where he was an assistant friar to Fr Stan Brennan OFM.

In that capacity he was part of the development and growth of both St Anthony’s Adult Education Centre and St Francis parish during the last years of apartheid.

Br Martin was very involved in parish ministry, including with altar servers and youth. Seeing the devastation of over-indulgence in alcohol, he established the Pioneers Total Abstinence Association. It’s still there although the “total abstinence” part might have been modified here and there.

After nearly ten years of generous service to the people of Reiger Park, the newly formed South African Franciscan vice-province called on Br Martin to lead young Franciscan students at the St Francis House of Studies outside Pretoria—euphemistically called “the Kraal”.

There he imparted an appreciation for classical music and introduced students to the wonders of Mother Nature, preparing them well in advance for Laudato Si’.

They liked him for other reasons, too: as bursar he happily spent money, to the delight of students accompanying him to the shops, who suddenly had so many needs!

Poor Clare sisters passing from Namibia to Malawi or Zambia found him  a caring and gentle host.

In his younger days Br Martin loved taking guests on tours of wildlife areas. It was awesome to be with him on a slow, meandering drive through a safari park. He was so knowledgeable about animal activity and made being his companion a great pleasure and an unforgettable experience.

As if that wasn’t enough, he loved astronomy too and  could vividly explain the surrounding universe like an enthusiastic guide from the Johannesburg planetarium.

Because of his love for the Brotherhood, in religious life he set up a brothers’ association in South Africa and ran it with remarkable enthusiasm.

Alas, on taking a well-deserved holiday in his native Ireland in 2009, for medical reasons Br Martin was advised not to return to South Africa and his beloved Kraal!

As a result, he spent his declining years at the Franciscan  Abbey in Galway where he regularly received South African visitors with warm hospitality. His final days were spent in a retirement home.

Br Martin was buried from the Abbey.