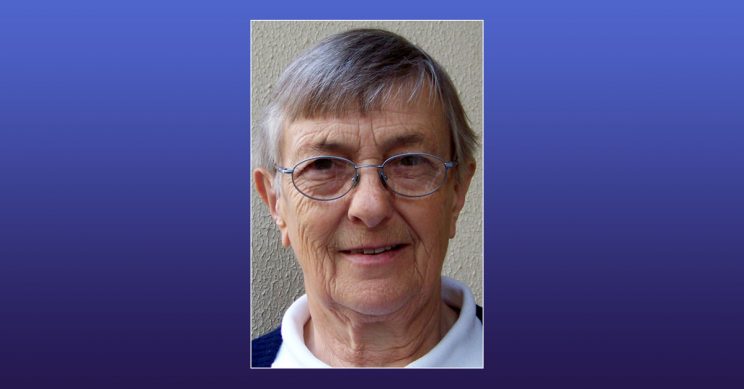 Born on August 29, 1929, in Sassenburg in the diocese of Münster, Germany, and baptised Irmgard Sofia, she was the fifth of nine children, the first girl after four boys. Her younger sister, Sr Josephine, would also enter the religious life as a Dominican in South Africa.

She had eight years of primary schooling, part of it disturbed by World War II. She spent two years at vocational school, training in cooking and sewing, and then did housekeeping for a family.

Sr Ferdinand made her first profession in Neustadt in 1957 and soon after that received the news that she was to leave for South Africa.

She spent some time in Oakford in KwaZulu-Natal learning English and Afrikaans before starting her nurse’s training; general nursing at St Augustine’s Hospital in Durban, and midwifery at Mater Dei Hospital in East London.

Sr Ferdinand was assigned to Marifont, Pretoria; Marymount, Johannesburg, to Osindisweni as assistant matron, to Ekukhanyeni as superior, to Oakford and to Villa Assumpta.

She used her nursing skills not only to care for the physical health of her patients, but also took the opportunity to share God’s love and compassion with the poor and the helpless.

Sometimes she gave “tough love” and she demanded the best from her nursing staff. People knew exactly where they stood with her.

Ferdi, as she was known, made many lasting friendships and kept up contact with them right to the end of her life. She was always honest and sincere.

When she turned 70, Sr Ferdinand decided she had had enough of nursing and spent five years at the Bluff working in the kitchen at St Dominic’s House of Prayer. It was obvious that she enjoyed putting into practice what she had learnt in her youth and having a little more time for prayer and quiet.

She then moved to her congregation’s generalate in Bedfordview, Johannesburg, where she did housekeeping and cooking.

When she felt her energy failing in 2017, she asked to come to Pietermaritzburg. This was a difficult decision to make.

She lost Sr Josephine, her youngest sister, earlier this year which was a very painful experience for her but she took it as an opportunity to “embrace the Lord in everything”.

She had taken this practice from one of her retreats and tried to do this in the midst of her suffering, even when she felt that God had forgotten her.

It is now her turn to be embraced by her God, whom she loved and served so generously all her life. May she enjoy the peace she longed for.