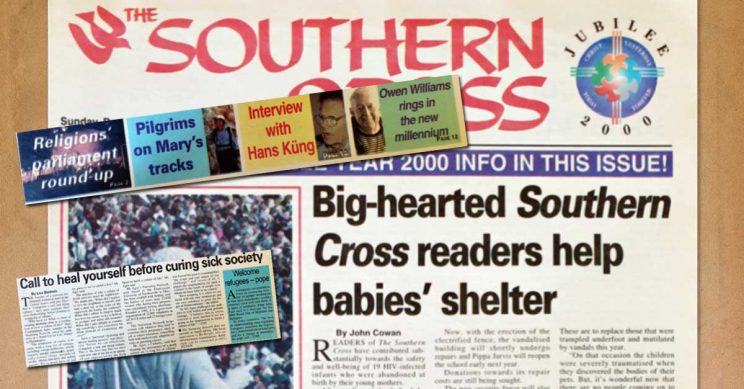 Ringing in the Jubilee Year 2000

In a special four-page supplement, The Southern Cross previews the Holy Year 2000, including a guide to the monthly themes.

In an exclusive interview in the offices of The Southern Cross, controversial German theologian Fr Hans Küng tells Michael Shackleton and Günther Simmermacher that the Catholic Church is in need of a major overhaul, but this won’t happen until a future pontificate.

After reading about theft at the TLC Ministries home for abandoned babies, Southern Cross readers donated a total of R10000 for the construction of an electric fence around the Johannesburg premises.

In his editorial, Michael Shackleton writes that the Jubilee Year “is an exceptional season for us to cleanse our hearts and souls and to open them again to grace, love and reconciliation”.