Peace Amid the Noise 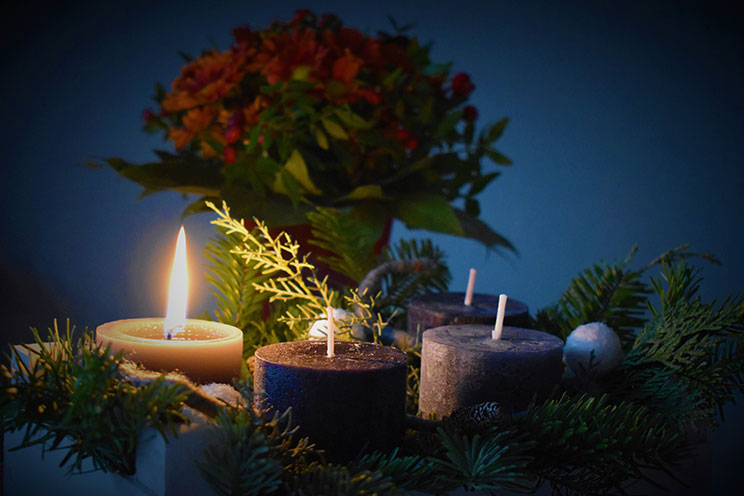 For Catholics, the Advent season should create a tension in reconciling the secular and the holy elements of the weeks leading up to Christmas.

More scrupulous Catholics may even be concerned about whether it is permissible for Catholics to sing Christmas songs such as “Jingle Bells” or “Santa Claus Is Coming To Town”.

Of course, there is nothing to prevent them from doing so, unless such songs — usually attempts at parody — mock the incarnation. Clearly, Christmas songs that deride the Nativity and engage in blasphemy should be avoided.

School choirs in Catholic institutions are free to perform secular songs about Christmas at their concerts, but it should be seen as necessary that the bulk of the programme celebrates the coming of the Lord, rather than that of Santa Claus amid the weather conditions of the northern hemisphere.

The question of appropriate music also has relevance to liturgy. Obviously, secular Christmas songs have no place in the Mass.

Likewise, most of the traditional Christmas carols about the birth of the Lord should not be sung during Advent, the time when we still await his birth.

Conversely, as any good liturgist knows, Advent hymns such as “O Come, O Come Emmanuel” should be sung only during the four weeks preceding the feast of the Nativity, not at Christmas or the season that follows it.

This distinction — between the seasons of Advent and Christmas — is important to keep in mind as we prepare to celebrate the Saviour’s birth.

As Catholics, we are called to regard Advent as a penitential season. Our priests wear violet at Mass, and we are called to quiet spiritual reflection, devotion and acts of charity during those four weeks.

In the frenzy of preparing for the holidays, Christmas parties, shopping for gifts, planning the festivities — what the secular world calls the “Christmas season” — it is easy to lose sight of the contemplation which the season of Advent calls us to.

For many Catholics, it may take a conscious effort to set aside quiet time for Advent. But it is important that we do so.

There are many ways of doing so fruitfully. And with the first Sunday of Advent falling on December 1 this year, the concept of traditional Advent calendars—which always run from December 1 to 24—can be applied.

A recent meme on social media suggested reading one chapter a day of the 24 in the Gospel of Luke. In this way, one covers the incarnation, its reason, its story and its culmination during the four weeks of Advent, finishing on Christmas Eve. This is indeed a commendable idea.

Various Catholic websites offer spiritual Advent calendars by which users are spiritually guided through the season leading up to Christmas (you can find a good example at the LoyolaPress website at www.bit.ly/2CNgx4m).

So in our greetings, we ought to wish people a “Merry Christmas” even after December 25 (and not the ghastly “Compliments of the Season” or “Season’s Greetings”). And should that confuse the recipients of our salutation, we are presented with a catechetical opportunity.

But what is truly important is not how the rest of the world marks Christmas, but the state of our own interior disposition.

Are we putting Christ back into Christmas, in our lives and in our families, amid the bustle of those four weeks in December? Do we make time for Mary and Joseph on their way to Bethlehem? Do we prepare a room for the Holy Family?

When we make proper time for Advent, in contemplation, devotion and charitable sacrifice, we need not be troubled by our concurrent participation in the secular Christmas season.

In other words, there’s nothing wrong with it if we dream of a white Christmas — as long as we also sing “O Come, O Come Emmanuel”.