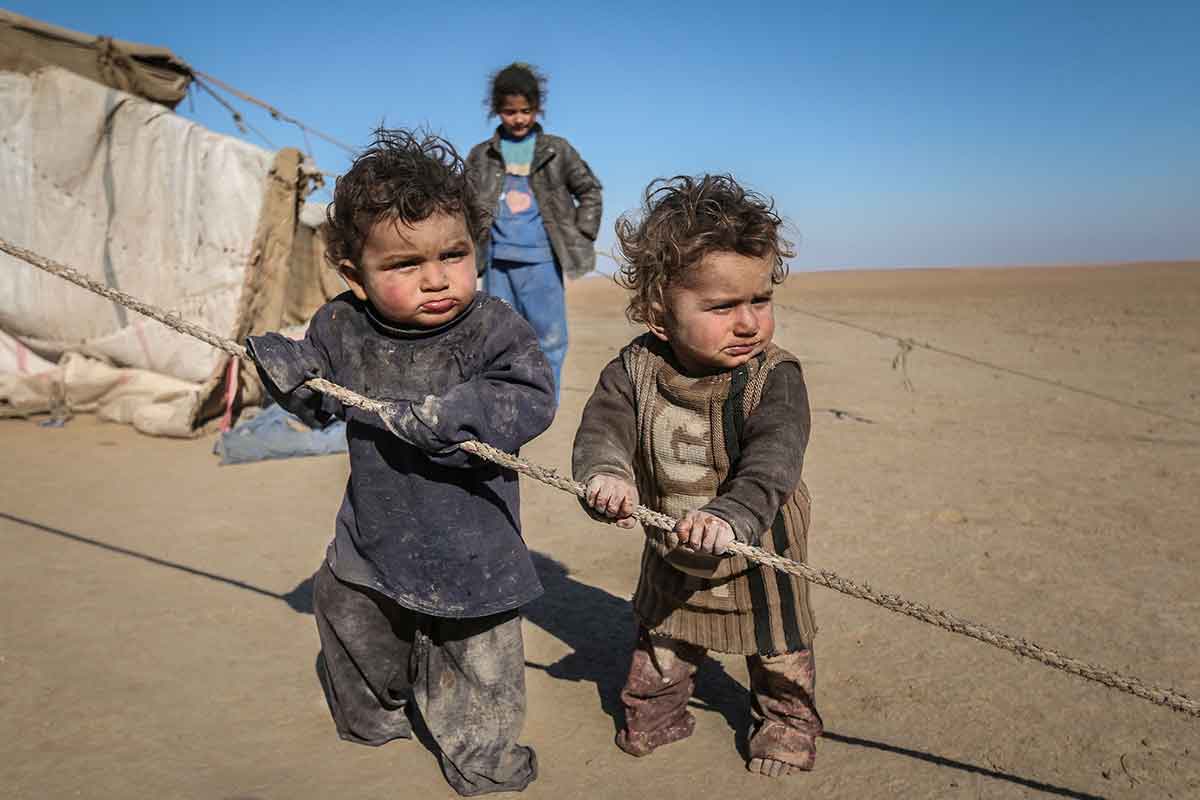 The World is on the Move

General Intention: We pray that the cries of our migrant brothers and sisters, victims of criminal trafficking, may be heard and considered.

Perhaps there are places in the world which homo sapiens should leave empty. If you go outside unprotected in the Sahara or Antarctica, you die quite quickly, which is quite a good reason for not going there, though not all of us take Mother Nature’s hint.

The high seas are another such hazardous environment where only a few venture. Harsh conditions and disease are the earth’s ways of keeping us and our tendency to trash everything, confined.

However, because of our growing population, homo sapiens has pushed into more and more inhospitable regions of the globe, has survived and even made life comfortable enough there.

This is normally done by the exploitation of fossil-fuel. For example, without its oil, Saudi Arabia would not have been able to sustain, in air-conditioned comfort, the population that it does. Ditto for people living in northern Canada and Norway, except that there the fuel is needed for heating rather than cooling.

But what happens when the climate becomes rougher, causing the economies and the political systems of such regions to flag or fail? What happens if things break down so badly that war breaks out?

What happens is that the most vulnerable try to leave and seek a new home where the climate is kinder and the politics and economy are more stable. They become migrants, “climate migrants”, “economic migrants” or political refugees.

This is not a problem which is going to be solved easily or quickly. The population of the world was 2,5 billion in 1950 and today it stands at 7,7 billion, and climate catastrophes are going to squeeze more people out of the marginally habitable places on the planet.

We might see migration out of Australia as it becomes a continent of intolerable temperatures and endless bushfires.

One thing is certain: people across the globe are on the move, especially the poorest and most vulnerable.

It is a situation ripe for exploitation by traffickers and people-smugglers whose callousness was illustrated last year in the case of the 39 Vietnamese people who died of suffocation in a refrigerated lorry heading for the UK.

The stories of such migrants are heart-rending, even if they make it. Some endure untold horrors for months before they get close to their goal, totally dependent on their brutal traffickers, often not even knowing where they are. They are abused, raped and forced into slave-labour en route.

Pope Francis has made the plight of refugees and migrants a central concern of his papacy. While he challenges the Church and people of good will to listen to the cries of migrants and to find space for them in our hearts and our homelands, he has also tackled the climate change issue with his magisterial encyclical Laudato Si’. In it, he appeals to us to listen to the “cry of the earth and the cry of the poor”.

What can we do? At the parish level, we have here a great opportunity to live the love we profess as Christians. Parishes which have welcomed immigrants into their congregations have truly listened to this dramatic of the times and have responded.

In the process they have been enriched by the new life which immigrant communities always bring to the local Church.

In many parts of the world, like South Africa or the southern USA, it is precisely where there are migrant communities moving into parishes that the Church is developing and growing.

For long-term action we all need to undergo an “ecological conversion”, as Pope Francis puts it. There is much to pray for and much to do.