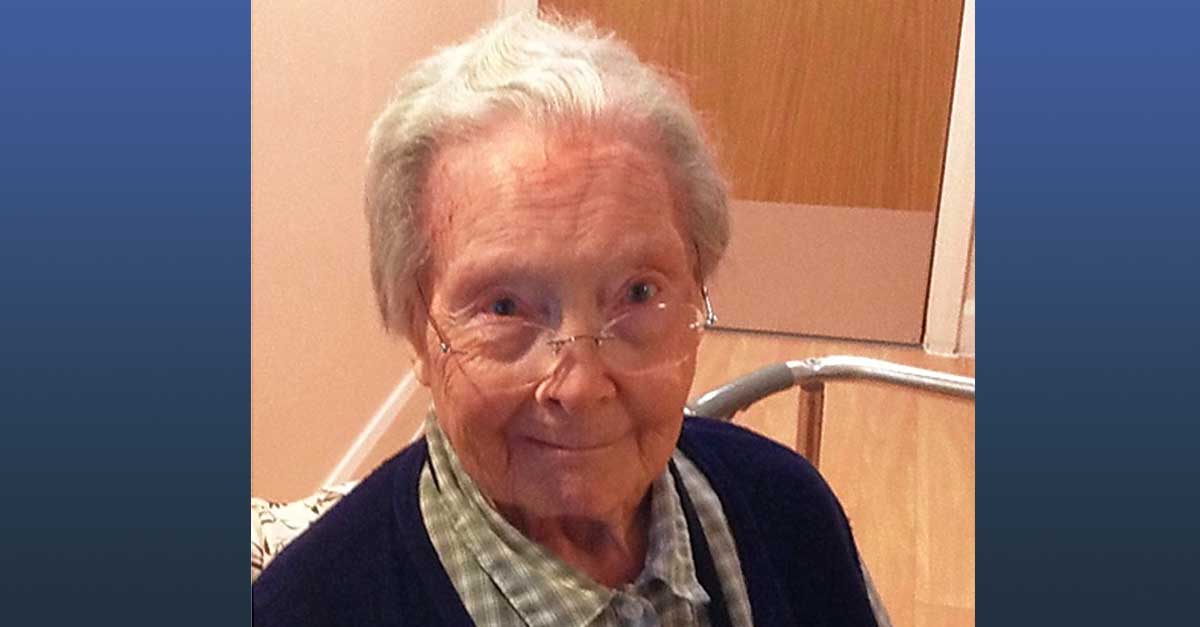 By Sr Alison Munro OP – Dominican Sister Brenda Nestor, formerly of Johannesburg and Mthatha, died in England on December 21 at the age of 95.

Born in County Mayo, Ireland, on March 20, 1924, she was baptised Anne Mary and grew up in a fun-loving family as one of nine children in a very Catholic home.

Right from school days she was interested in going to Africa, and from a young age her vocation to religious life was nurtured.

Sr Brenda entered the Dominican congregation of Oakford in Chingford, England. She made her first profession there, and her final profession in Oakford, South Africa, on July 10, 1950.

She qualified as a medical and surgical nurse, and midwife, at the Benedictine Hospital in Nongoma, Zululand.

Sr Brenda then served for ten years in the then Dominican-run Cala Hospital in Mthatha diocese. This took a place of pride in her memory. It is, she noted, “Mandela’s country”, and some of his relatives were admitted as patients to the hospital.

She worked at Marymount Maternity Hospital in Johannesburg for about 20 years, ten of them as matron.

She was a gifted and intuitive midwife and often recognised complications in a delivery before these presented.

Sr Brenda is credited with “miracles” in the labour ward and saving lives in difficult situations. She introduced the practice of having husbands in labour wards, getting them to help monitor their wives.

She loved the babies she delivered; families brought them back on the occasions of First Communion and confirmation, and in time some went back to Marymount with their own babies.

Sr Brenda initially found it challenging to leave South Africa and return to England. Then she was again involved in nursing, and later in visiting people in the parish. At 90 she moved to St Vincent’s Nursing Home in Pinner, London.

Being a good and faithful disciple, Sr Brenda’s ministry continued, this time mostly to her own Dominican Sisters at St Vincent’s. Her mission was “to be patient, to try and understand others, to show Jesus’ goodness to the poor”.