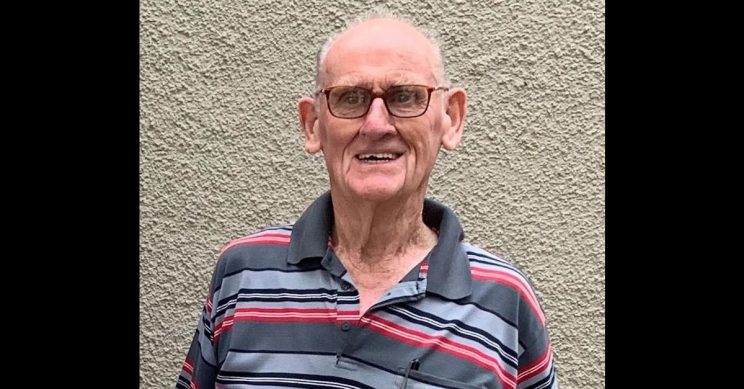 By Bishop Victor Phalana – Oblate Father Joseph “Jef” Hollanders, who was killed in a robbery in his presbytery in the village of Bodibe on January 12, was a pioneer of the diocese of Klerksdorp.

He arrived in South Africa on January 31, 1965. For 55 years Fr Hollanders was a dedicated and faithful missionary in the Tswana-speaking area.

The diocese of Klerksdorp was previously the prefecture of the Western Transvaal, established by a decree of Pope Paul VI in October 1965, so Fr Hollanders is considered a missionary pioneer of our diocese. The prefecture attained the status of a diocese in February 1978.

Fr Hollanders was among the first clergy-missionaries serving the diocese in various parishes.

There is much evidence of how close he was to the people,  and of the success of his pioneering pastoral ministry over the years. He enjoyed starting new Small Christian Communities, which became parishes or stations of parishes.

Fr Hollanders lived a simple life and was a very practical man. Even at the age of 82 he was enthusiastic about the new missionary vision of the Oblate Province of South Africa and the diocese of Klerksdorp.

When I came in as bishop of Klerksdorp in 2015, I found him still in active ministry. He made it clear to me that he was not ready to retire.

Fr Hollanders loved going to “outstations” where he brought Eucharistic services to the poor in remote areas, visited the sick and the elderly, and gave catechesis.

He reached those on the margins of society and made them feel that even though they are poor, they deserve services.

He could weld, do his own repairs and maintenance, and he loved building and fixing things with his own hands. Fr Hollanders built many small churches in outstations because he believed that it was not good to worship under a tree or in somebody’s house.

At the time of his death, he still wanted to repair the church of Springbokpan and build a small church in Geysdorp.

Fr Hollanders’ social work included giving bursaries to poor students, selling second-hand clothes to the poor and assisting them in every way possible, providing water to the village from his borehole, using his car to transport the sick to hospital, and making his office available for those who needed a computer or the Internet.

During apartheid, he defied the apartheid laws and lived among black people and served them with love and compassion.

Fr Hollanders was the former dean of Ditsobotla deanery and a former chaplain of St Anne’s Sodality. He was presently the local superior of the Oblates of Mary Immaculate and a member of the College of Consultors.

I valued his counsel and support. He was open and honest. He spoke his mind, but with respect.

He was a true evangeliser in the spirit of St Eugene de Mazenod—and remained a true devotee of Mary Immaculate. All he lived for was to let people know that God loves them and that God cares.

He wanted people to come to salvation in Jesus Christ and to know that in spite of their economic situation, they are valuable and have dignity and rights.

As we seek justice for Fr Hollanders, we pray for the grace to forgive his killers (four suspects have been arrested).

His killers showed no mercy to an octogenarian who had served the community all his life. Some young, unemployed and disoriented youth seek to satisfy their addictions for drugs and alcohol by targeting vulnerable people, to rob them in order to buy their drugs. They are selfish, lazy, greedy and vicious. This is what we believe is the motivation behind Fr Hollanders’ death.

He lived a simple life. There was nothing fancy in his house. He did not keep money. All he had, he shared with the poor.

It is for that reason that the killers would not even take his television as it was very old. They left the computer and took only the screen, as it was an old computer.

We are wounded by the way Fr Hollanders died. We are bleeding. We know that, through the grace of God, we will heal.