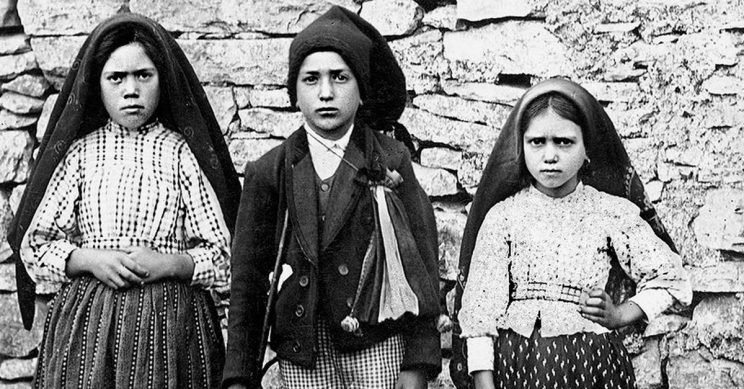 The three visionaries of Fatima: Lucia dos Santos (left) and Francisco and Jacinta Marto, standing outside the Marto home in Aljustrel near Fatima. Francisco died at ten in 1919 and Jacinta in 1920 at the age of nine. Lucia went on to become a nun and died in 2005.

February 20 will mark the centenary of the death of the youngest of the three visionaries of Fatima, St Jacinta Marto. MICHAEL OGUNU looks back at the life of this little girl of big faith.

Devotees of Our Lady of Fatima will mark the 100th anniversary of the death of St Jacinta Marto of Fatima on February 20, which is also the liturgical feast of  Ss Jacinta and Francisco  Marto, the Little Shepherds of Fatima who were canonised on May 13, 2017. 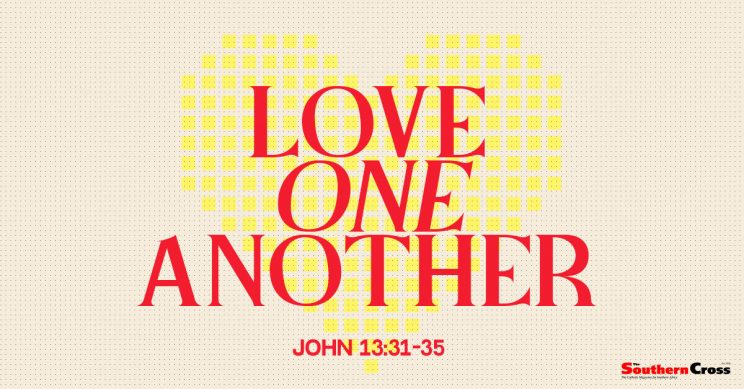 The youngest of the seven children of Manuel Pedro Marto and Olympia Jesus dos Santos, Jacinta was born on March 11, 1910, in the village of Aljustrel, near Fatima in Portugal.

She was a pretty child with a sweet singing voice and a gift for dancing the folkloric music of Portugal.

At First Communion Masses, she was among the little “angels” spreading petals before the Blessed Sacrament.

She had a marked love for Our Lord, and at the age of five she shed tears on hearing the account of his Passion, vowing that she would never sin or offend him anymore.

In the spring of 1916, as Jacinta with her brother Francisco and cousin Lucia watched their sheep, an angel appeared to them in an olive grove. He asked the children to pray with him.

The angel appeared again in mid-summer at a well in Lucia’s garden, urging the children to offer sacrifices to God in reparation for sinners.

In a final appearance, at the end of the summer of 1916, the angel held a bleeding Host over a chalice, from which he gave Communion to the children.

This experience separated the three children from their playmates and prepared them for Our Lady’s apparitions to come.

The Angel of Peace taught the three shepherd children of Fatima the prayers to initiate them as adorers of the Most Holy Trinity.

The apparitions of the Angel of Peace imposed secrecy on the children. Kneeling on the ground, the angel bowed down until his forehead touched the earth.

Led by a supernatural impulse, the three children did the same, and repeated the words which they heard the angel say: “My God, I believe, I adore, I hope and I love thee! I beg pardon of thee for those who do not believe, do not adore, do not hope and do not love thee.”

On May 13, 1917, Our Lady appeared to the three shepherd children at Fatima, and asked if they were willing to offer sacrifices to God for the conversion of sinners, and to pray the Rosary daily. They said “Yes”.

Jacinta was deeply affected by the terrible vision of hell shown to them by Our Lady in the third apparition. She consequently was deeply convinced of the need to save poor sinners through penance and sacrifices, as Our Lady had told the children to do.

All three children practised penance, but Jacinta had a special call, for as the Congregation for the Causes of Saints reported in her beatification decree, Jacinta had “an insatiable hunger for immolation”.

“Jacinta was a missionary who evangelised people by preaching to them the Good News of salvation, […] the message of Fatima, a need to convert and do penance, to save many souls from going to hell,” observed Prof Americo Lopez Ortiz, president of the World Apostolate of Fatima.

Jacinta had a profound devotion that took her very near to the Immaculate Heart of Mary. This love always led her in a profound way to the Sacred Heart of Jesus.

Jacinta attended daily Mass with a great desire of receiving Jesus in Holy Communion in reparation for poor sinners. Nothing was more attractive to her than to be in the Real Presence of the Eucharistic Jesus. She often said: “I love to be here so much. I have so much to say to Jesus.”

She searched for silence and solitude to be in contemplation. “I love the Lord so much,” she said to Lucia.

Victims of an epidemic

Both Francisco and Jacinta were victims of the great 1918 influenza epidemic that swept through Europe that year, the so-called Spanish ’flu.

In October 1918, Jacinta told Lucia that Our Lady had appeared to her and promised to take her and Francisco to heaven soon.

As she fell ill in early 1920, just a few weeks before her tenth birthday, Jacinta was moved from one hospital to another in an attempt to save her life, which she insisted was futile.

She developed purulent pleurisy, a condition in which pus gathers in the area between the lungs and the inner surface of the chest wall.

She endured an operation in which two of her ribs were removed. She could not be fully anaesthetised, and suffered terrible pain, which she offered to God for the conversion of many sinners.

On February 19, 1920, Jacinta asked the hospital chaplain who had heard her confession to bring her Holy Communion and administer extreme unction because she was going to die “the next night”.

The priest told the child that her condition was not that serious and that he would return the next day.

The next day Jacinta was dead; she had died, as Our Lady told her, “alone” in order to convert more sinners.

In 1937 Pope Pius XI decided that causes of canonisation for minors should not be accepted as they could not fully understand heroic virtue or practise it repeatedly, both of which are essential for canonisation.

For the next four decades, no sainthood processes for children were pursued, the National Catholic Register newspaper recalled in 1999.

In 1979, Bishop Alberto Cosme do Amaral of Leiria-Fatima asked all the world’s bishops to write to the pope, petitioning him to make an exception for Francisco and Jacinta.

More than 300 bishops sent letters to Pope John Paul II, writing that “the children were known, admired and attracted people to the way of sanctity. Favours were received through their intercession,” recalled Fr Luis Kandar, vice-postulator for the cause of Francisco and Jacinta.

The bishops also said that the canonisation of Francisco and Jacinta was “a pastoral necessity for the children and teenagers of the day”.

The same year, the Vatican’s Congregation for the Causes of Saints convened a general assembly. Cardinals, bishops, theologians and other experts debated whether it was possible for children to display heroic virtue.

They decided that, like the very few children who have a genius for music or mathematics, “in some supernatural way, some children could be spiritual prodigies”.

Francisco and Jacinta were declared venerable in 1989, and beatified on May 13, 2000, by Pope John Paul II in Fatima. Their cousin Lucia, now a Carmelite nun, was still alive (she died in 2005).

Pope Francis canonised Francisco and Jacinta on May 13, 2017, during the centennial of the first apparition of Our Lady in Fatima.

They are the Catholic Church’s youngest saints who did not die as martyrs, with Jacinta the youngest.

Let us put into practice the Message of Fatima explained to us by Our Lady in 1917 while there is still time before it is too late.

Let us transform our hearts by daily recitation of the Rosary, meditating on the mysteries, penance, Eucharistic adoration and communion of reparation to the Immaculate Heart of Mary on the First Saturdays of the month and consecrating ourselves to God through the Immaculate Heart of Mary in this time of grace and mercy that we have been granted from heaven, following in the footsteps of Ss Francisco and Jacinta Marto of Fatima.

Prof Michael Ogunu is the co-ordinator of the World Apostolate of Fatima in Africa.