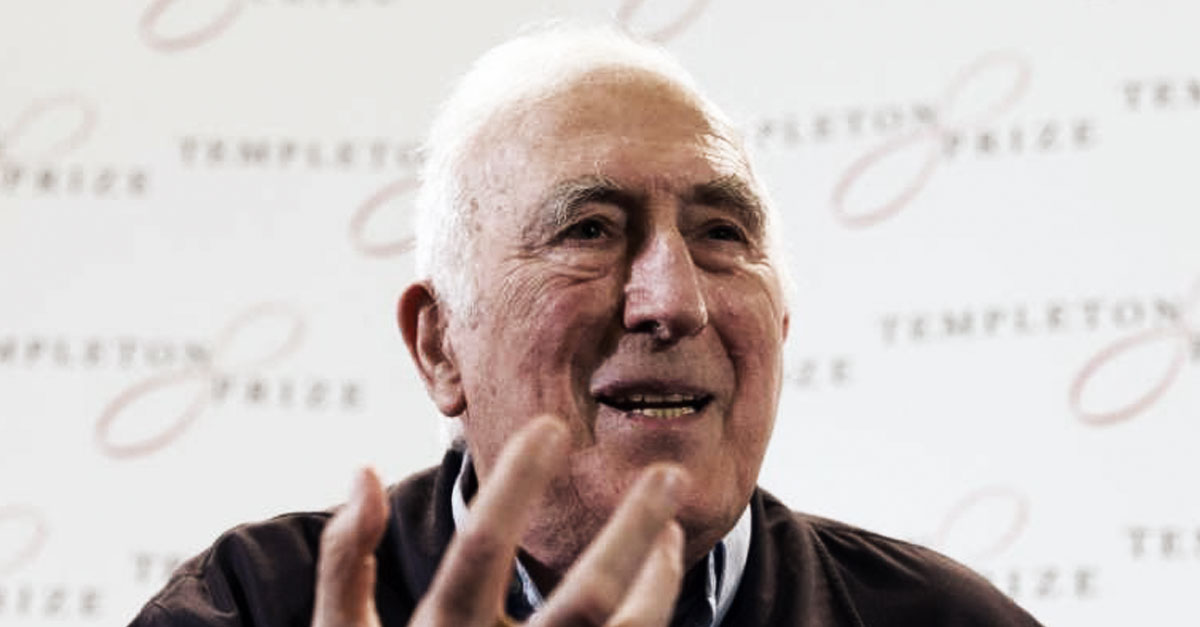 When Jean Vanier died at 90 last May, such was the perception of his holiness that many Catholics felt compelled to exclaim “Santo subito”—make him a saint now.

The new, devastating revelations of this ostensibly holy man’s sexual misconduct, and his complicity in the abuses committed by his spiritual director, give us a harsh lesson in not trusting even those whose holiness seem to be beyond question.

There were two sides to Jean Vanier. On the one hand there was the warm, unassuming, captivating beacon of love and tenderness. His life’s work gave a counterwitness to the cynicism of our age when the worth of the human being is negotiable. To many, Vanier was a living saint in the class of Mother Teresa.

To many, Vanier was a living saint in the class of Mother Teresa.

But we now know that Vanier had a dark side. The man who claimed to be celibate was a sexual predator who habitually manipulated and groomed vulnerable women in his spiritual care into having sex with him.

Moreover, he was complicit in the abuses committed by his spiritual director, Fr Thomas Philippe, and covered them up.

These two poles of Vanier’s life leave us bewildered, disillusioned and betrayed, because we trusted that the holy version was the only version.

Vanier was a bulwark against our cynicism. Now he is a cause for it.

But even so, we must not succumb to cynicism. Vanier is not like all of us.

We must continue to believe that there is sanctity, unmitigated goodness, even as among those whom we admire the most there are some who may have done dreadful things. This requires of us a very difficult act of reconciling contradictions. The Vanier case emphasises that we must be alert to our heroes revealing their fallibilities. And his case, as we have learnt over and over in the past couple of decades, is hardly abnormal.

The Vanier case emphasises that we must be alert to our heroes revealing their fallibilities. And his case, as we have learnt over and over in the past couple of decades, is hardly abnormal.

An extreme example of wicked people merely acting out holiness is that of Marcial Maciel, the Mexican founder of the Legionaries of Christ, who even fooled a man as astute as Pope John Paul II.

Maciel was so successful in deceiving St John Paul that the pope appointed him as his representative even when reports of his friend’s sexual and venal corruption were already more than just rumours.

With manipulative duplicity concealed behind a mask of excessive piety, Maciel attracted many followers, admirers and friends.

To be sure, Vanier was no Maciel. The latter was a thoroughly depraved man who pretended to preach Christ but sowed much evil, in his life and, as recent reports show, in the congregation he founded.

Vanier’s legacy, on the other hand, is something beautiful that reflects the love of Christ. The work of L’Arche, the communities that provide homes and spiritual support for people with intellectual disabilities, is not compromised by the misdeeds of its founder.

The acts of exploitation committed by Vanier were not criminal, and they did not involve minors or mentally handicapped people, nor were they the acts of physical sexual attacks. But they were abusive and even blasphemous, as Vanier, like Fr Philippe, used religion to manipulate his victims. They were acts of spiritual violence.

But they were abusive and even blasphemous, as Vanier, like Fr Philippe, used religion to manipulate his victims. They were acts of spiritual violence.

Vanier’s impressive achievements, and the love he was able to project and spread, no doubt sincerely, constitute a venerable legacy. But his reputation is now irrevocably marred by the revelations of his predatory acts and his complicity in Fr Philippe’s abuse.

Whatever esteem we may maintain for the man is now laced with a bitter taste of disenchantment and even revulsion.

We may still regard Vanier’s achievements as admirable. We may forgive him for what his trespasses have done to our trust in goodness. But we can never again see Vanier in the same light as we did before the public disclosure of his abuse and lies. After these revelations, Vanier will never be canonised, the Church’s way of confirming that a person is with God and thus worthy of our veneration.

After these revelations, Vanier will never be canonised, the Church’s way of confirming that a person is with God and thus worthy of our veneration.

Vanier may well be with God, for redemption is an open invitation and the Father’s judgment is none of our business. We may pray for the repose of Vanier’s soul.

And when we do, let us also pray for the healing of his victims, and of the survivors of all abuse.

Time to Get Radical On Abuse

This is Our Future