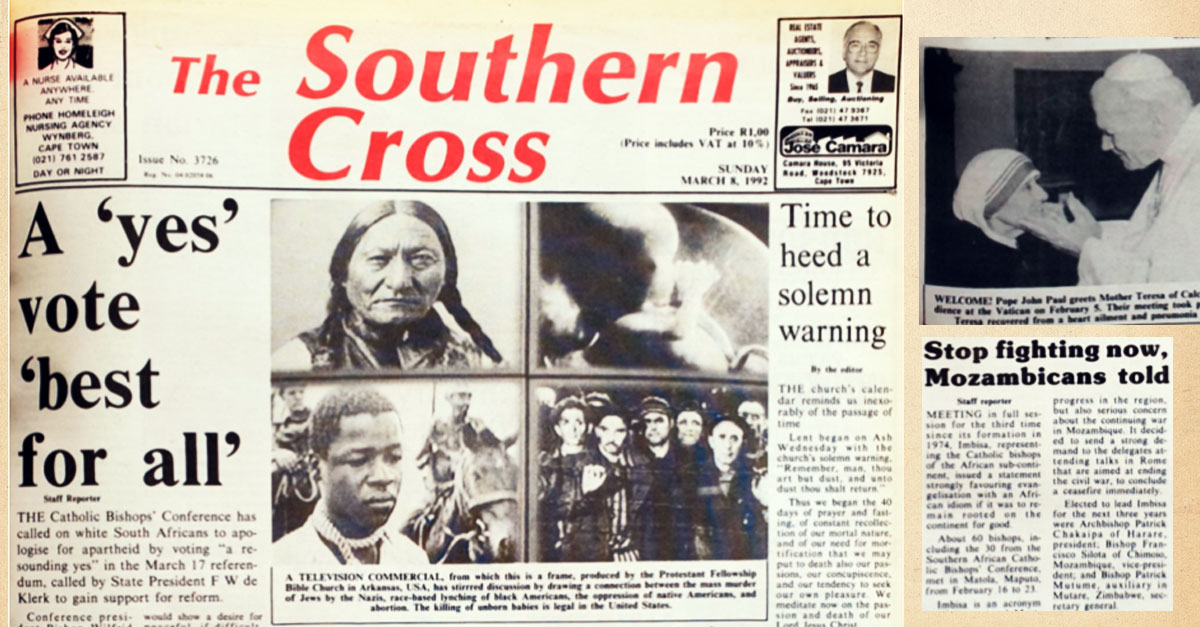 White South Africans have the chance to apologise for apartheid by voting a resounding “Yes” in President FW de Klerk’s referendum on March 17, said the Southern African Catholic Bishops’ Conference. SACBC president Bishop Wilfrid Napier of Kokstad said in a statement that by voting “No”, the white electorate would choose conflict and bloodshed, but a “Yes” vote endorses peaceful negotiations. He noted that the referendum is a legacy of apartheid as only whites may vote.

Princess Diana jetted to Rome for a 20-minute meeting with Mother Teresa at a retreat house run by the Missionaries of Charity. After the meeting, “the Princess and the Pauper nun” removed their shoes and entered the convent chapel where both knelt in prayer for a few minutes.

Cardinal Owen McCann writes in his editorial that the Convention for a Democratic South Africa (Codesa) must propose joint ownership of the means of work. “This means sharing by the workers in the management, and/or profits of business and so-called shareholding by labour.”