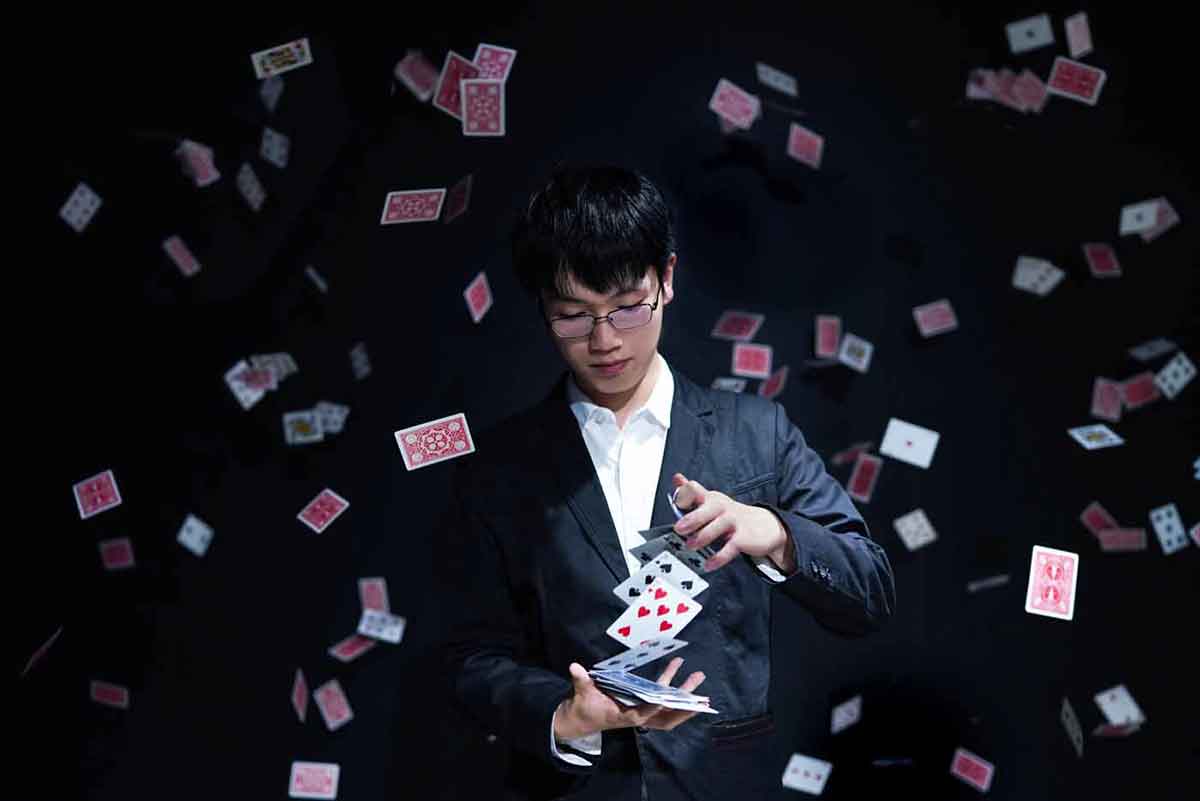 A pumpkin changed into a chariot for Cinderella and a perpetual sleep was cast upon the Sleeping Beauty. So many of us know of magic through children’s books and television shows.

We also know of the miracles performed by Jesus as told in the Gospels. But what is magic and what is a miracle and why is it important to distinguish between the two?

I was in primary school when I first saw magic. My classmates and I and were briefly set free from the chains of learning. There on the stage the magician dazzled us with card tricks and never-ending ropes. All around me were murmurs of “oooh” and “ahhhh”. There was awe and wonder—and, from some, mild scepticism.

Afterwards, we debated whether the events before us had been real or imagined. It was concluded that the magician, through his skill, had brought us to real imaginings.

Going deeper into the pond of things I remember, in my adolescence I had disapproved of magic. Now that I was older I was much “too cool” for that. I saw it as a low form of entertainment for those willing to be fooled and pay for it.

In retrospect, due to much confusion and suffering that comes with the teenage territory, I disapproved because I had thought of God as a lazy magician who was unwilling to wave a magic wand in my life.

Such a distorted image makes it more difficult to appreciate the miracles worked by Christ.

One may have the temptation to see the changing of water into wine as nothing but a ruse orchestrated by a deceiver. But magic is no miracle and a miracle, to be truly what it is, would require more than just magic.

Now, in my early adulthood, I see that the two have different sources and different intended audiences.

The illusionist who pulls a queen of hearts out of his sleeve does so to entertain a crowd. Whether this is done through hours of practice or by another kind of power determines the kind of magic to which we should open ourselves.

Miracles, on the other hand, are intended to show us the power of God.

Recall when Moses stood before Pharaoh who had asked to see a sign. We see how God responded: “The Lord said to Moses and Aaron, if Pharaoh demands that you work a sign or wonder, you shall say to Aaron: “Take your staff and throw it down before Pharaoh and it will be changed into a snake.”

God does not provide miracles so we can stare eagerly at them while eating popcorn, nor can we watch them over again on demand. We are invited, much like the doubting Thomas, to poke our fingers through the wounds of Christ, and thus believe.

But therein lies the challenge, doesn’t it? For many, it’s easier to believe in magic performed before our eyes than to believe in miracles present to us only in the written words of the evangelists.

The Transfiguration of Christ, the raising of Lazarus from the dead, the healing of a blind man, the calming of the storm, and—greatest of all—the empty tomb, all we have not seen but in the dark tunnel of our doubt we believe.

And so for these things that remain unseen, may God help us in our belief.