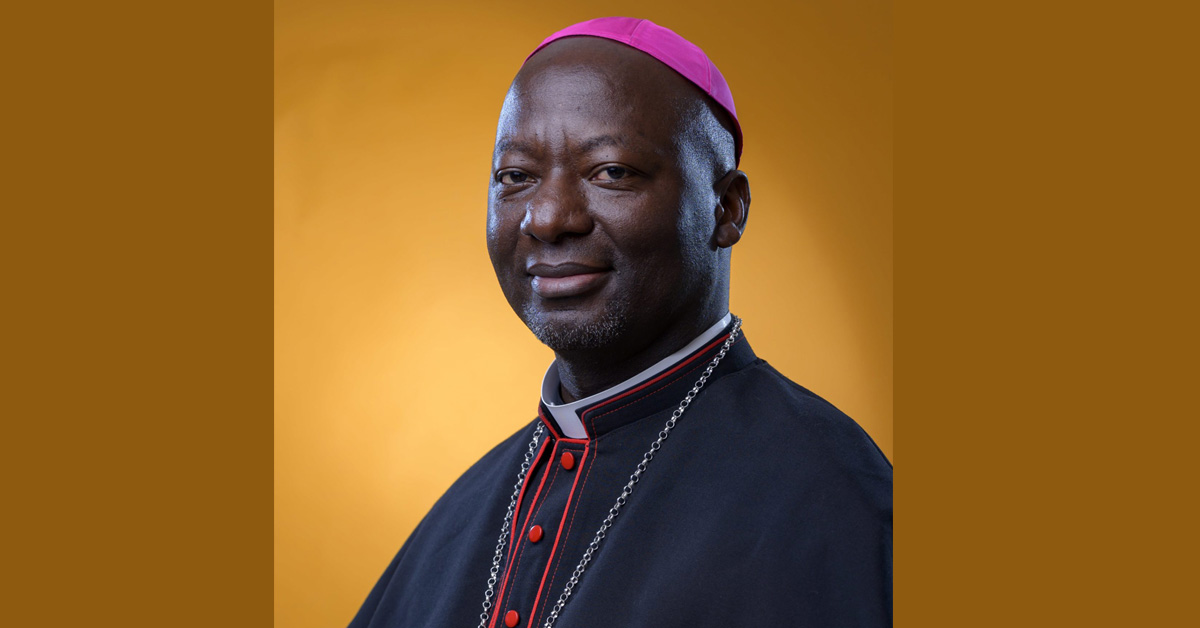 As a novice priest in the Aliwal North diocese, Fr Joseph Kizito immersed himself in the work of Small Christian Communities (SCCs).

Now as the new bishop of the diocese, he intends to draw from this experience in implementing the new Pastoral Plan, “Evangelising Community, Serving God, Humanity and all Creation”.

Bishop Kizito first worked with SCCs as a youth leader and altar server in his native Uganda, and said this helped him in Aliwal North: “I was able to begin my pastoral work with ease because I had my roots in the SCCs.”

Present at his ordination in February were the chairman of the Ugandan Episcopal Conference, Bishop Joseph Antony Zziwa of the KiyindaMityana diocese; Archbishop of Kampala Cyprian Kizito Lwanga; Bishop Jumba of Masaka diocese; and Bishop Bishop Kakooza of the Mitiyana diocese; alongside 23 other bishops and many other priests and members of the laity.

The new prelate, who was appointed as bishop by Pope Francis last November, comes from a devout Catholic family of five boys and five girls.

Before becoming a bishop he had been appointed an honorary prelate—monsignor—by Pope Benedict XVI in April 2009.

For years, he and his siblings spent part of their youth volunteering to clean the cathedral of Rubanga, his hometown parish.

It was here that he first reflected on his vocation to become a priest. Since then he has focused his vocation on the mission of SCCs.

“We Christians are a community, just like God the Father, the Son and the Holy Spirit,” Bishop Kizito said. “Christ speaks to us in our daily communal reading of the Bible, sharing it and linking our faith to the problems prevalent in the world today.

Within our SCCs, we are able to find God and each other’s joy and sorrows.” The bishop initially came to Southern Africa to study for the priesthood at St Augustine Major Seminary at Roma in Lesotho.

He had joined the Order of the Servants of Mary back home in Uganda. In 1992, after his completion of a bachelors degree in theology, he became part of Aliwal North diocese. He taught at Maclomes High School while being prepared for further theology studies.

From 1993-96 he was a student St John Vianney Seminary in Pretoria, studying for a bachelors degree from Urbaniana University in Rome. On September 27, 1997, he was ordained to the priesthood at St Teresa’s parish in Aliwal North. Bishop Kizito took an active part in the consultative process leading up to the new Pastoral Plan.

He realised early on that his background in SCCs was once again going to be put to good use in implementing the plan. Soon after its launch, Aliwal North put in place guidelines that will act as a catalyst for translating the Pastoral Plan into action. “We are going to have four stages of implementation of the Pastoral Plan in our diocese.

Stage One will be the launch.

Stage Two will be identification of the structures that we shall be using for implementation of the plan.

Stage Three will be rolling it out.

Stage Four will involve organising activities and events during the ten years of the plan,” he explained. “The Pastoral Plan should not just stay on the bookshelves of priests and religious. It should bring about a change in people’s spiritual struggles. The faithful should demand it in their parishes and sodalities,” Bishop Kizito stressed.