Why the Earth Trembled and All Went Dark 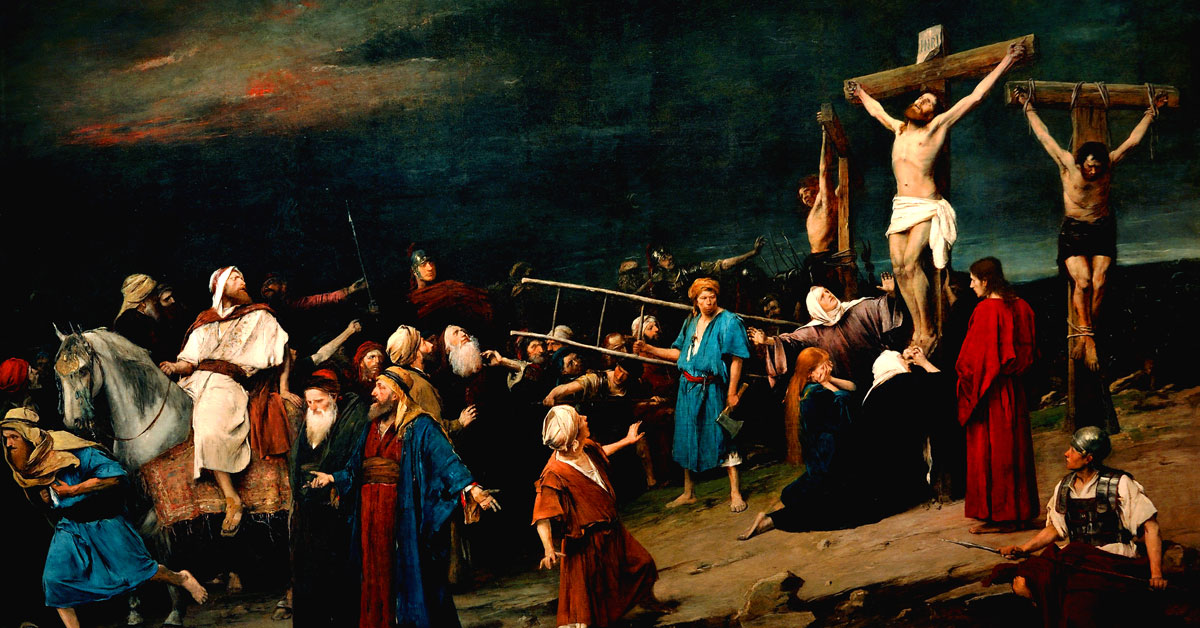 As Jesus died on the cross, the earth trembled and everything went dark. Paul de Marco inspects these phenomena.

Thomas refused to believe that Jesus had risen from the dead, despite all the apostles telling him that they had seen Jesus alive again.

Defiantly, he said: “Unless I see the nail marks in his hands and can put my finger where the nails were, and put my hand into his side, I will not believe it.”

When Jesus appeared to the apostles for the second time, Thomas was with them, and said to him: “Put your finger here; see my hands. Reach out your hand and put it into my side. Stop doubting and believe.”

A stunned Thomas could only utter the words: “My Lord and my God!”

Now it’s easy to criticise Thomas for his lack of faith, but millions of people like Thomas refuse to accept the Resurrection without hard evidence.

Surprisingly, there is physical evidence from the day of the crucifixion that points to the divinity of Jesus, such as the prolonged period of darkness during which the stars could be seen, and the severe earthquake which struck Jerusalem, damaging the Temple.

From the Gospel accounts you would assume that there must have been a solar eclipse. However, the crucifixion occurred at Passover, which is always celebrated at the time of the first full moon after the vernal equinox.

This makes it impossible for the darkness to have been caused by a solar eclipse, as these can only occur when there is a new moon, and not a full moon.

Also, a total solar eclipse cannot exceed seven minutes and 31 seconds, which is the maximum time it can take for the moon to pass over the sun.

The records show that the darkness lasted for a few hours. Total solar eclipses are very rare events, happening at any given location only once in every 360 years.

This darkness was also described by the historian Tertullian, who clearly didn’t believe that the phenomenon was caused by an eclipse at all. He wrote: “In the same hour, too, the light of day was withdrawn, when the sun at the very time was in his meridian blaze. Those who were not aware that this had been predicted about Christ, no doubt thought it an eclipse. You yourselves have the account of the world-portent still in your archives” (Apologeticum, chapter 21).

The historian Phlegon also referred to the inexplicable darkness and to the earthquake in his History of the Olympiads, written about 137 AD. “In the fourth year of the 202nd Olympiad, there was an eclipse of the sun which was greater than any known before and in the sixth hour of the day it became night; so that stars appeared in the heavens; and a great earthquake that broke out in Bithynia destroyed the greatest part of Nicaea.”

The fourth year of the 202nd Olympiad ran from July 32 AD through to the end of June 33. No explanation for the cause of this darkness has been provided by science, in the same way that no satisfactory explanation for the Miracle of the Sun at Fatima on October 13, 1917—which was witnessed by 70000 people—has been offered.

The Gospel writings also refer to the parochet hanging in the Temple being torn in two. This massive curtain was nearly 20m high and 10cm thick.

The 1st-century Jewish historian Josephus Flavius wrote that it was so heavy that horses tethered to each side couldn’t pull it apart. The curtain was suspended from a lintel, and it’s likely that the earthquake displaced the lintel and the support pillars, which would have resulted in the curtain being torn.

The timing of the event is extraordinary, as Matthew recorded that it happened at the very moment Jesus died. There was massive symbolism in this event because the curtain provided a barrier to the Holy of Holies where the Ark of the Covenant was placed, and the Jews believed that the presence of God on earth existed here.

The curtain showed that man was separated from God due to his sinfulness and only the high priest could pass through the curtain to make atonement for their sins. Early Christians saw the exposing of the Holy of Holies at the time of Christ’s death as evidence that Jesus had become the new High Priest, and that it was he who now atoned for their sins.

But even if the darkness had been caused by a total solar eclipse, what would the probability be of an eclipse and an earthquake happening on that specific day in history? Well, let’s turn south-east from Jerusalem into the desert to the Dead Sea. The Dead Sea is extremely saline and doesn’t have organisms disturbing the sediment, which means that over geological time there has been an excellent preservation of the sedimentary layers.

Much analysis of the upper six metres of the sediments has been undertaken, representing 4 000 years of deposition. Earthquakes are easily identified because they produce a band in the core samples in which the minerals are mixed, instead of being separated into their typical distinctive strata.

There’s evidence in the geological record for the earthquake described by Tertullian, Phlegon and the Gospel writers, as well as the earlier Qumran earthquake of 31 BC, which Josephus wrote had killed 30 000.

The probability of there being both a total solar eclipse and a major earthquake in Jerusalem on that day would therefore be 1 in 4,7 billion!

We know that the events of that day were terrifying to witness, with Matthew writing: “When the centurion and those with him who were guarding Jesus saw the earthquake and all that had happened, they were terrified, and exclaimed, ‘Surely he was the Son of God!’”

In his Gospel, Luke wrote: “When all the people who had gathered to witness this sight saw what took place, they beat their breasts and went away.”

The coincidence of this prolonged period of darkness, for which there’s no scientific explanation, and a major earthquake striking Jerusalem on the very day that Jesus was crucified, provides one piece of evidence that he was indeed divine!

Paul De Marco is the author of the books Doubt No Longer, Lourdes, Fatima and others.