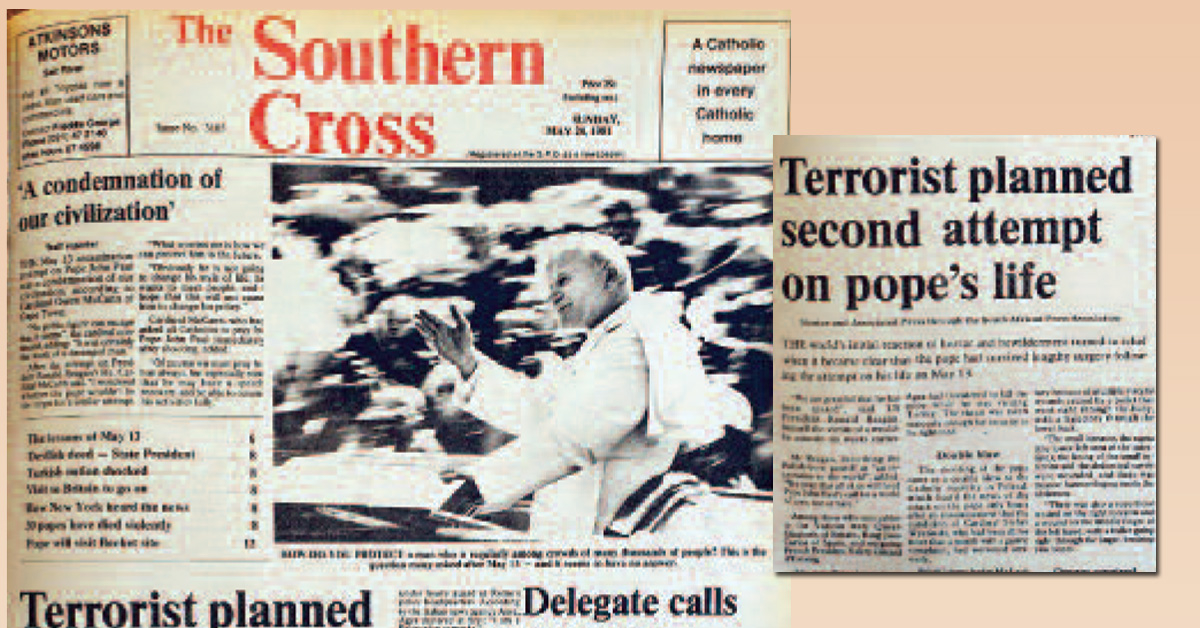 Pope John Paul II required a lengthy operation after being shot by Turkish terrorist Mehmet Ali Agca. Agca had escaped from jail while being held in connection with the murder of a Turkish newspaper editor. The pontiff was being driven around St Peter’s Square when Agca shot him. “The pope fell into the arms of an aide, his white cassock stained with blood,” The Southern Cross report states. Pilgrims Anne Odre, 60, from the United States, and Rose Hall, 21, from Jamaica, were injured by stray bullets.

Not the first attempt to kill the pope

The assassination attempt on Pope John Paul II on May 13 was not the first. During his visit to Pakistan in February 1981, a bomb went off on a cricket field in Karachi shortly before the pope’s arrival, killing the attacker and a bystander.

In his editorial, Fr Donald de Beer writes that in the 1980s, no public figure is safe from assassination unless they remain indoors, meeting only screened visitors. “And we do not see our chief shepherd restricting his ministry in that way. So he may well be shot again, and this time killed.” (The assassination attempt on Pope John Paul was preceded by an attempt on US President Ronald Reagan in March, and the murder of John Lennon in December 1980.)