Are We Ready to Reopen Churches? 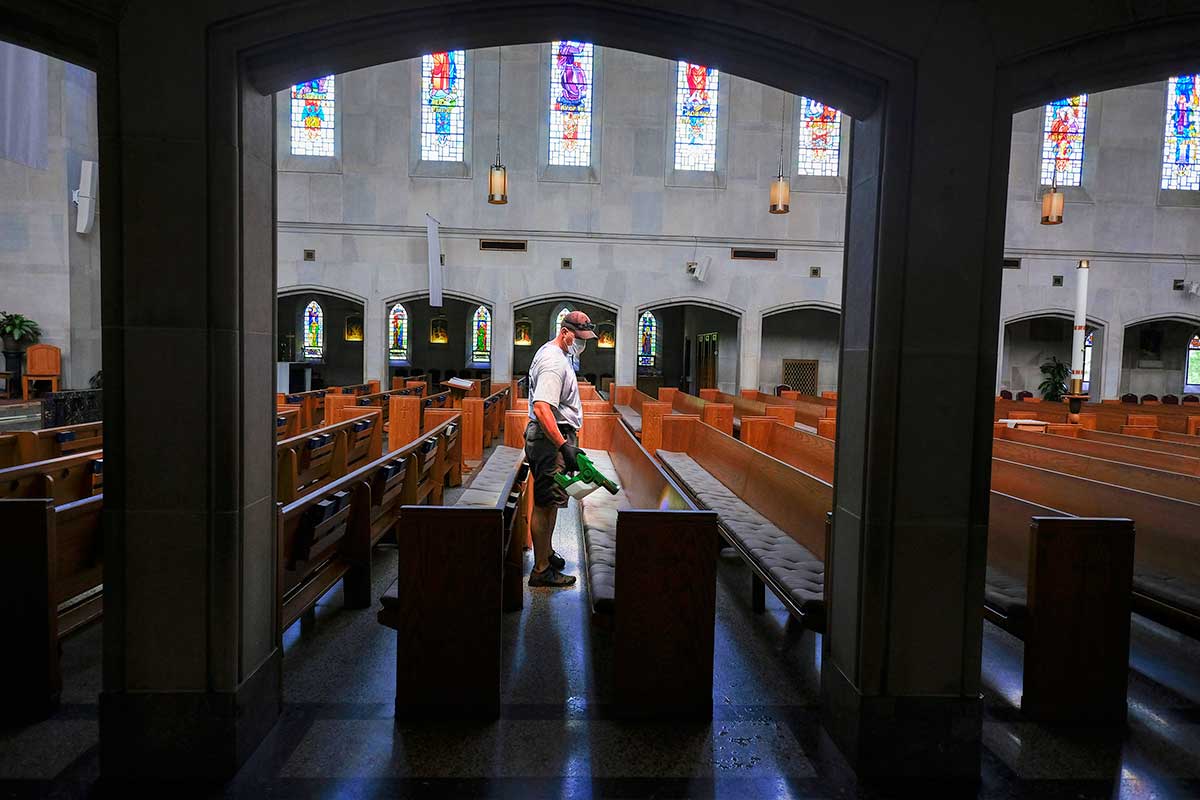 Catholics are longing to be united again in the Mass and to receive the Eucharist. And so the voices for churches to be reopened will grow louder as the stages of lockdown decrease.

Indeed, the reopening of churches would be of great benefit to this newspaper and its staff, all of whom are making great sacrifices to keep our national Catholic weekly afloat, since the return of public Masses would also restore our points of sales.

Prudence and charity, however, mitigate against the reopening of churches for Mass just yet.

Firstly, all public gatherings that bring together random groups of people represent a public health risk. While there will come a point when we will have to live with that risk, we have not reached it yet.

Secondly, as Archbishop William Slattery points out in our frontpage article this week, charity demands that we have a personal obligation to protect other people from the risk of infection. This applies especially to the elderly, who make up a big part of our congregations but are also the category most at risk from Covid-19 infection and its worst consequences.

Nobody who advocates caution in the reopening of churches is happy to do so. This is counsel borne with a heavy heart.

And even when our churches are eventually allowed to reopen, the Mass will be subject to restrictions. And these will require planning.

The government will doubtless impose limits on the number of worshippers, reducing the permitted capacity of churches to a fraction of what they can hold.

For parishes that have several priests to celebrate multiple Masses a day, as well as the human and material resources to disinfect churches after every Mass, this may be no more than a major challenge.

But in parishes served by a single priest, and perhaps less resourced to repeatedly disinfect churches, there will be a limit to the number of Masses that can be offered.

Even if such parishes include Communion services, the demand for places at Mass may outstrip the supply.

Before the reopening of churches can even be considered, systems of providing the faithful with fair admission to Mass need to be worked out. Such systems would have to take into account that not everybody has access to digital means of communication.

The logistics have to be planned before the government greenlights the return to worship.

Even then, the manner in which we celebrate Mass will not be the same as it was before the coronavirus pandemic.

Of course, it is nothing new that the Church takes extraordinary measures during this time of pandemic. So we will have to adapt.

Some of the likely regulations were already in place during the short period of restrictions before lockdown.

Holy water fonts will remain dry, the Sign of Peace will exclude the shaking of hands (or may be omitted altogether), Communion on the tongue or from the chalice will not be possible.

The not-universally loved practice of holding hands during the Lord’s Prayer will also be ruled out.

Radical directives might even exclude congregational singing because of the risk of errant fluids being spread through ill-fitting facemasks.

Priests might also be instructed to wear facemasks, along with the congregation.

This would raise the question of how the mandatory wearing of facemasks will be handled during the priest’s consecration of the Eucharist and the congregation’s reception of Communion.

These logistics, too, must be in place before churches can reopen. And they will need to be clearly and openly communicated to the faithful, many of whom will raise their objections.

The bishops will need to take care that in their communication they do better than some members of government who issued arbitrary directives without explaining why they thought these were necessary (if, indeed, they were necessary at all).

The faithful, especially those of more critical mind, will have to invest trust in the directives issued. Whatever they are, these restrictions will not be a sign of deficient faith, nor of ideological design. They will be the result of people dealing with a situation none of us have dealt with before and nobody can predict.