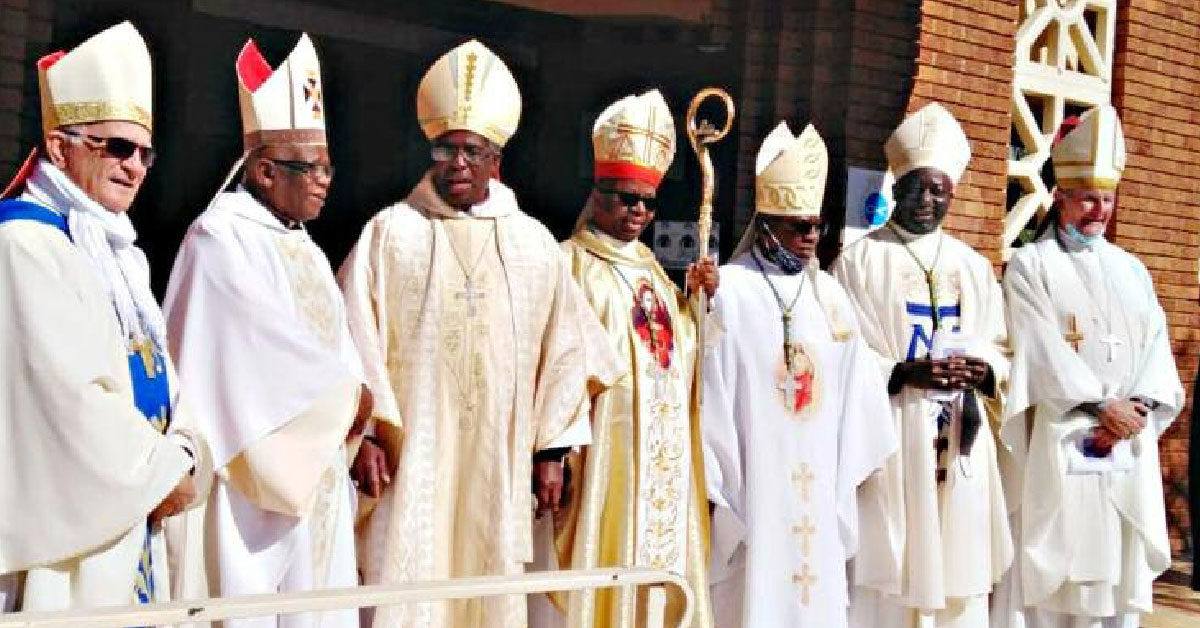 Archbishop Zolile Peter Mpambani has described his installation as the seventh archbishop of Bloemfontein as a solemn and intimate occasion.

The seventh archbishop of Bloemfontein is the first who doesn’t belong to the Oblates of Mary Immaculate.

In attendance were outgoing Archbishop Bloemfontein Jabulani Nxumalo, Archbishop Buti Tlhagale of Johannesburg, Archbishop Dabula Mpako of Pretoria, Bishop Joseph Kizito of Aliwal North, Bishop Edward Risi of Keimoes-Upington and Bishop Peter Holiday of Kroonstad, as well as priests, members of the archbishop’s family and representatives of the Knights of Da Gama among others.

“The whole ceremony was intimate and solemn, and everything was very well organised,” Archbishop Mpambani told The Southern Cross.

“What was touching for me was the fact that Archbishop Nxumalo himself took me from where I was seated, to my seat at the cathedral as a sign of handing over to me.”

Another special occasion for the archbishop was the whole ceremony of the papal bull—from it being shown to the consultors to its reading.

Archbishop Thlagale, who headed the archdiocese from 1999 to 2003, preached the homily.

“What stood out for me especially, was Archbishop Thlagale saying that our duty is to help the poor to be able to help themselves, and that we as priests and bishops are called to be servant-leaders,” Archbishop Mpambani said.

The number of guests in attendance was limited, in line with the regulations of no more than 50 people being allowed per service, and guests were required to wear face-masks and maintain social distancing protocols.

Archbishop Mpambani, who is the third successive bishop of Kokstad to become an archbishop— after Cardinal Wilfrid Napier and Archbishop William Slattery—will be meeting with the vicar-general in the coming days, to plan what needs to happen next and arrange meetings with all the priests in the diocese.

Born on February 20, 1957, Archbishop Mpambani joined the Sacred Heart congregation in 1982 and he studied at St Joseph’s Theological Institute in Cedara (then still St Joseph’s Scholasticate). He was ordained a priest on April 25, 1987.

After serving as pastor in different parishes in Aliwal North, he was appointed to the leadership of his congregation in its central government in Rome from 1998 to 2003.

Following his service at the general administration of the Sacred Heart congregation in Rome, Archbishop Mpambani was appointed from 2007-11 to its formation house in Pietermaritzburg.